US warns EU about Russian plot to invade Ukraine: Report 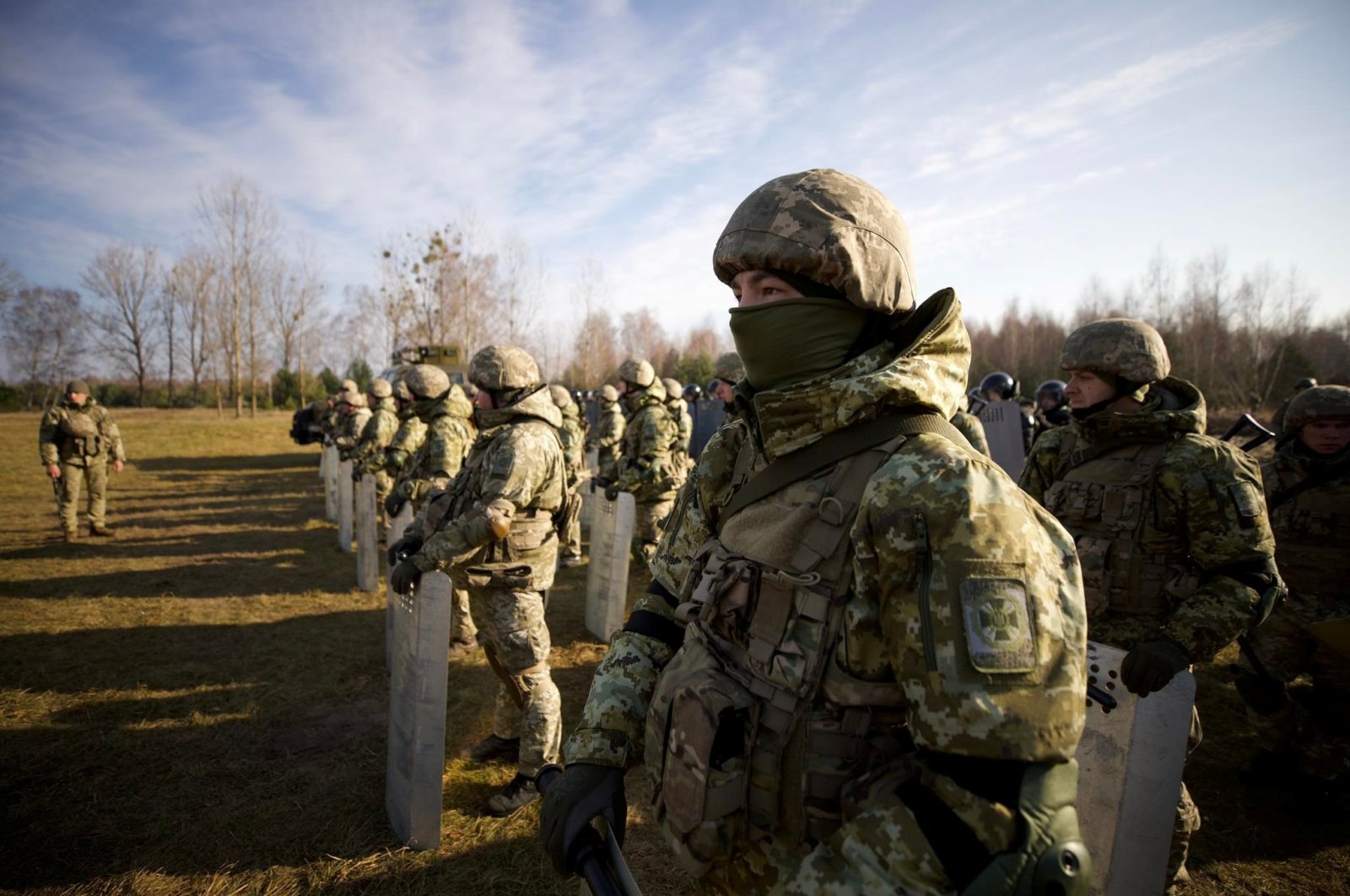 Members of the Ukrainian State Border Guard Service line up at the border with Belarus in Volyn region, Ukraine, Nov. 11, 2021. (Reuters Photo)
by Agencies Nov 12, 2021 8:36 am
RECOMMENDED

The United States has warned its allies in Europe that Russia may well be planning an invasion of neighboring Ukraine as Moscow amasses forces on its western border, according to a report published Thursday.

U.S. officials, including Secretary of State Antony Blinken and the Pentagon, have said they are closely monitoring the military buildup, but Bloomberg reported that the Biden administration has gone a step further and officially warned European Union allies of a potential Russian military offensive.

The outlet cited anonymous sources familiar with the matter who said the information the U.S. assessment is based on had yet to be shared with Europe but that it is reportedly available to the public. Any collective response would need to be precipitated by the sharing of that intelligence, Bloomberg added.

"We’re concerned by reports of unusual Russian military activity near Ukraine," Blinken said Wednesday, as Anadolu Agency (AA) reported. "We’re monitoring the region very closely. As we always do, we’ll continue to consult closely as well with allies and partners on this issue. And as we’ve made clear, any escalatory or aggressive actions would be of great concern to the United States."

Earlier this month, the Ukrainian Defense Ministry said Russia has continued its military buildup near its border and has stationed 90,000 Russian troops, according to The Associated Press (AP).

The Pentagon demanded on Wednesday that Moscow be transparent with the international community about its actions and intentions in the region.

Russia has maintained that any troop movements within its territory are an internal matter, Bloomberg reported.

The Kremlin's actions are similar to those that began in March, when estimates put the number of Russian troops near the Ukraine border and within the Crimean Peninsula at around 100,000, along with a sizable buildup of military hardware.

Russia seized and occupied Crimea from Ukraine in 2014 and remains the de facto authority there. Moscow also that year began to support separatist forces in eastern Ukraine against the central government, a policy that it has maintained over the past seven years.

Its spring buildup led to concerns then of an imminent invasion of Ukraine, but Moscow drew down its forces beginning in April.

On Thursday, Russia's deputy United Nations ambassador said that Moscow will never invade Ukraine unless it is first provoked by its neighbor or someone else, then cited what he called many threats from Ukraine and provocative actions by U.S. warships in the Black Sea.

Dmitry Polyansky was asked if Russia planned to invade Ukraine.

"Never planned, never did, and never going to do it unless we’re provoked by Ukraine, or by somebody else” and Russia's national sovereignty is threatened, he replied. "There are a lot of threats coming from Ukraine,” Polyansky quickly added, according to AP.

"And don’t forget that the American warships around the Black Sea acting very close.”

"So, every day is a very difficult day to avoid direct clash in the Black Sea. We warned our American colleagues that this is a real provocation,” he told reporters at U.N. headquarters.