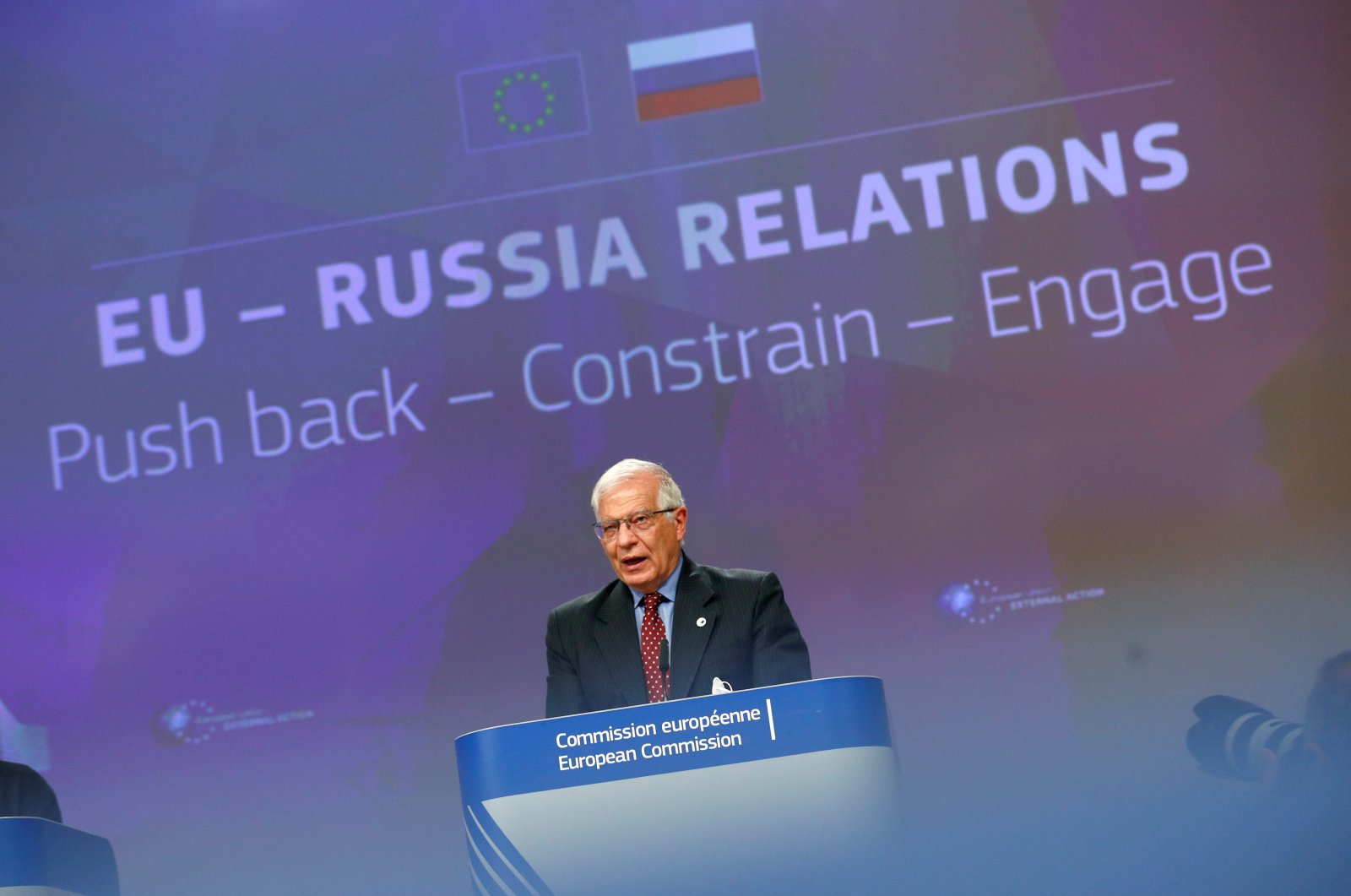 The European Union's foreign policy chief Josep Borrell warned that the bloc's relations are likely to get worse with Russia as he urged the 27 member countries to remain united.

Unveiling a report on ways to deal with what the Europeans believe is an increasingly authoritarian Russia hostile to the West, EU foreign policy chief Josep Borrell said the likelihood that ties will improve anytime soon remains “a distant prospect.”

The EU, Borrell told reporters in Brussels, “needs to be realistic and prepare for a further downturn of our relations with Russia, which right now are at the lowest level.”

His new strategy will be debated by EU leaders at a June 24-25 summit. It focuses on pushing back when Russia infringes international law or human rights, containing Moscow when it pressures the EU and engaging on issues that are in Europe’s interests.

But member countries are deeply divided over the best approach to take with Moscow. Russia is the EU’s biggest natural gas supplier. It also plays a key role in a series of international conflicts and issues, including the Iran nuclear deal and conflicts in Syria and Libya.

European heavyweight Germany has strong economic interests with Russia, notably the NordStream 2 undersea pipeline project, and a number of countries, including the other heavyweight EU member France, are reluctant when it comes to imposing sanctions on Russia.

Borrell, who was publicly humiliated by Russian Foreign Minister Sergey Lavrov during a trip to Moscow in February, said the only way to force Russia to listen to the EU is for its member states to refuse to be divided or do bilateral deals with President Vladimir Putin's government.

“I have been told directly: Russia is not interested in engaging with the European Union and they prefer to go directly to talk with member states ... that are especially relevant for them,” said Borrell, as U.S. President Joe Biden and Putin were holding talks in Geneva.