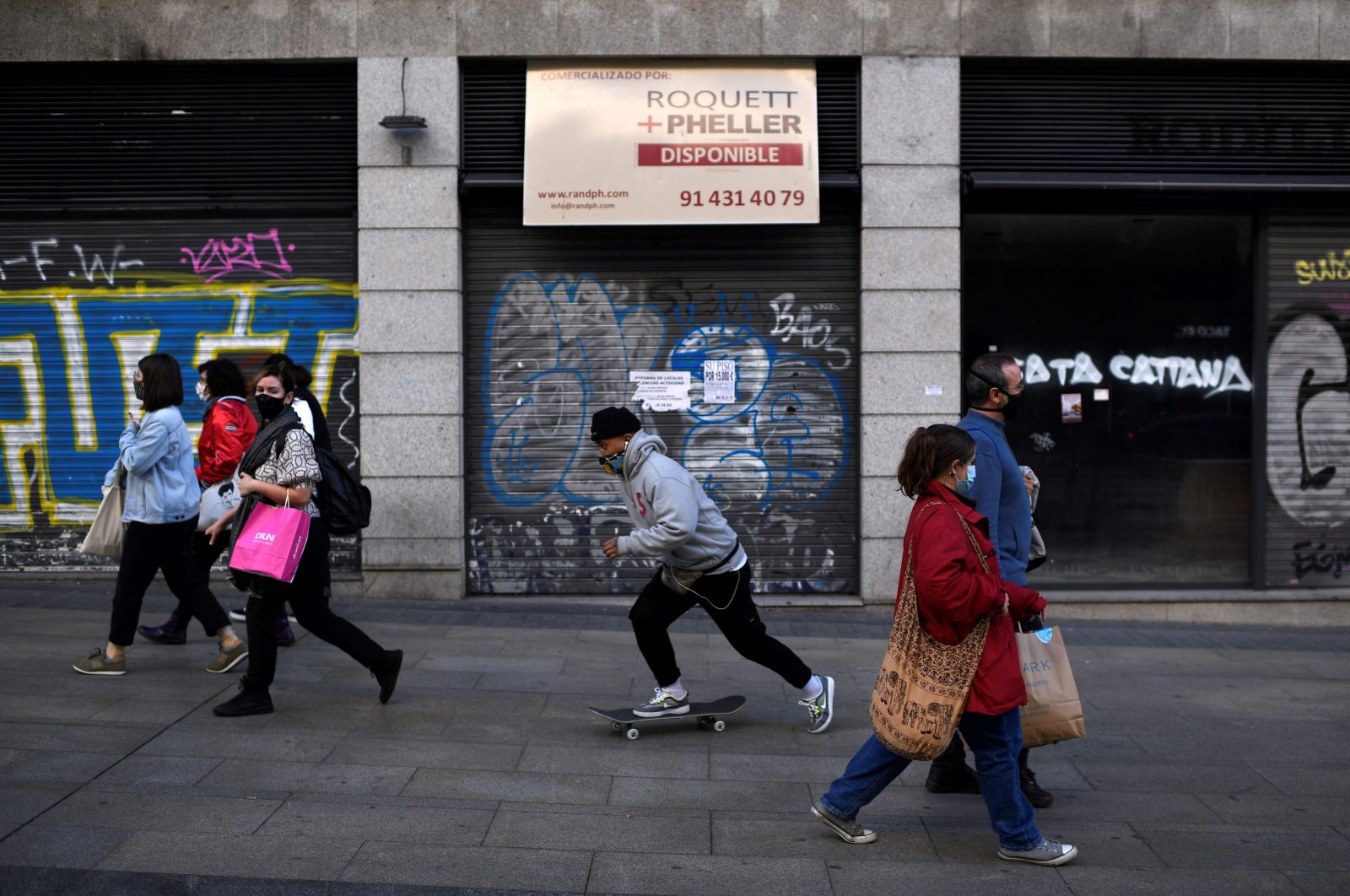 A persistent surge in coronavirus cases across Europe, well beyond the levels earlier this year, is ramping up pressure to reimpose national lockdowns ahead of the onset of winter

As the record surge of infection in Europe spreads gloom across the continent, most European governments have been reluctant to reimpose national stay-at-home orders, after previous restrictions led to deep recessions and widespread bitterness. While Ireland prepared to become the first European country to enter a second lockdown, Madrid's regional government was mulling fresh restrictions, after Spain topped 1 million cases since Jan. 31 with a single-day increase of 16,973.

Britain, which has Europe's largest death toll of 44,000, said it was banning more than a million people in the north from mixing with other households, sparking warnings of "months of agony" ahead through the winter. The county of South Yorkshire, which includes the city of Sheffield, will enter into "very high" alert or tier three restrictions for at least four weeks from Saturday, the U.K. government announced. The decision will affect around 1.4 million people, taking the number under the very toughest restrictions to 7.3 million – or 13% of England's population. Similar measures were recently announced for the northwestern cities of Liverpool and Manchester and the county of Lancashire after a surge in cases.

Germany, despite a death toll around five times lower than Britain's, is also battling a rise in cases and announced that Health Minister Jens Spahn, a chief ally of Chancellor Angela Merkel and an architect of the government's pandemic response, had tested positive and would go into isolation.

Germany reported a huge jump in coronavirus cases on Thursday, with health experts warning of a "very serious" situation and regional disagreements hampering efforts to slow the spread. The country reported 11,287 new cases of COVID-19 in the past 24 hours, a large increase from the previous record of 7,830 last Friday.

In France, major cities including Paris were virtually deserted on the fifth night of a curfew affecting some 20 million people that started at 9 p.m. The number of patients in intensive care in France has surged past 2,000 for the first time since May.

The World Health Organization (WHO) said on Wednesday Europe again reported a new high in the weekly number of COVID-19 cases during the pandemic last week, recording more than 927,000 cases. The U.N. health agency said in its latest global report on the coronavirus that the continent saw a 25% spike in confirmed cases last week and was responsible for 38% of all new cases reported worldwide. Russia, the Czech Republic and Italy accounted for more than half of the new COVID-19 cases in Europe. The WHO report said the number of deaths in Europe also “continues to climb” and increased by one-third from the previous week.

Globally, the number of confirmed COVID-19 cases has surpassed 40 million this week, but experts say that it is only the tip of the iceberg when it comes to the true impact of the pandemic that has upended life and work around the world. The milestone was hit Monday morning, according to Johns Hopkins University, which collates reports from around the world.

The actual worldwide tally of COVID-19 cases is likely to be far higher, as testing has been uneven or limited. Many people have had no symptoms, and some governments have concealed the true number of cases. To date, more than 1.1 million confirmed virus deaths have been reported, although experts believe the total is much lower than the actual figure.