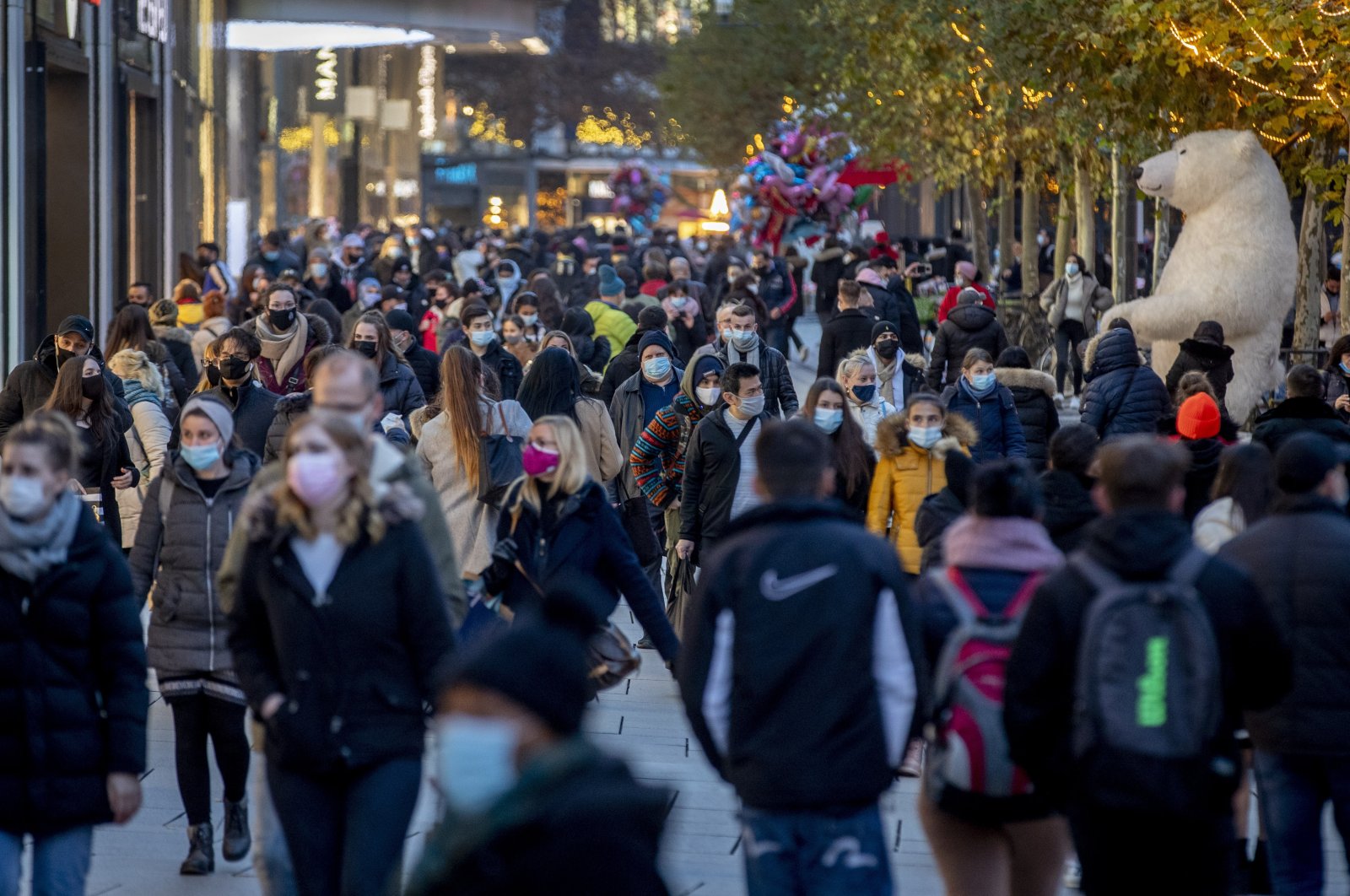 As the United States, Canada and the United Kingdom are starting to inoculate people with the COVID-19 vaccine, European states are pressing the European Medical Agency (EMA) to allow the jab to be made available before Christmas given the sharp rise in the number of infections on the continent and fears that hospitals will soon be overwhelmed.

While, Germany has increased its pressure on the bloc’s regulatory agency and demanded that the COVID-19 vaccine be approved before Christmas, European Commission Vice President Margaritis Schinas said Wednesday that the inoculation will be a "Christmas present" for all Europeans. Schinas' remarks came a day after the EMA asserted it would bring forward approval for the Pfizer-BioNTech vaccine to Dec. 21.

"The vaccine will be a Christmas present for all the citizens of our continent," the 58-year-old EU official told Italy's La Repubblica newspaper, adding that after EMA's approval, the European Commission will work at "supersonic speed" to give its own go-ahead to the vaccine, which could come in a couple of days.

"We will do in two days the work that normally takes two months," he said, adding that this would allow EU countries to start vaccinating from around Dec. 26. Schinas announced the commission would launch a public information campaign to support vaccination campaigns and said he was ready to personally challenge virus skeptics. "I had COVID in October," he said, according to remarks carried by the Deutsche Presse-Agentur GmbH (dpa). "If someone does not believe in the virus, send them to me and I'll tell them what it means to fight hard against this disease in a hospital bed," he added.

The World Health Organization (WHO) in Europe warned Wednesday of a "further resurgence" of COVID-19 in early 2021, as it urged families to wear masks during this year's Christmas gatherings.

"There is a high risk of further resurgence in the first weeks and months of 2021, and we will need to work together if we are to succeed in preventing it," the organization said in a statement, adding that while it may feel awkward to wear masks around family members, "doing so contributes significantly to ensuring that everyone remains safe and healthy."

A significant resurgence in COVID-19 cases in European countries risks pushing the continent's health systems to the brink once more. Germany reported a record number of deaths from COVID-19 on Wednesday, the first day of a new partial lockdown to try to halt a surge in infections. A total of 952 people died in the previous 24 hours, according to the Robert Koch Institute disease control center. It said 27,728 new coronavirus cases were registered, a figure close to the daily record of nearly 30,000 infections reported on Friday. Some 83% of critical care beds in hospitals were occupied on Wednesday, the country's intensive care and emergency medicine association (DIVI) said, as reported by Agence France-Press (AFP).

Another 846 deaths were reported in Italy on Tuesday, taking the official total to 65,857, the worst in Europe and the fifth-highest in the world. An adviser to Italy's Health Minister Roberto Speranza has called for coronavirus restrictions to be drastically tightened to avoid a "national tragedy" after the national statistics bureau ISTAT said deaths this year would be the highest since World War II.

"We are in a war situation, people don't realize it but the last time we had this many deaths, bombs were dropping on our cities during the war," public health professor Walter Ricciardi told the television channel la7 on Tuesday evening. Prime Minister Giuseppe Conte on Tuesday urged Italians to avoid "irresponsible" gatherings over the holidays and said the government might make some "small adjustments" to its current restrictions.

The new restrictions, including closures of schools and nonessential shops, demonstrate the seriousness of the situation in Europe's largest economy, as measures are ramped up in the run-up to Christmas – as elsewhere in Europe.

In Britain, London's pubs, restaurants and hotels have been forced to close for the third time this year; Denmark has moved to a partial lockdown for the whole country; and in the Netherlands, a five-week lockdown came into effect on Tuesday. In France, where bars, restaurants and cultural venues have been closed since the end of October, the curfew now runs from 8 p.m. to 6 a.m.

"To get to the end of the pandemic, we will need up to 70% of the population vaccinated. This is a huge task, a big task. So let's start as soon as possible with the vaccination together, as 27, with a start on the same day," von der Leyen told MEPs in the European Parliament.

EMA which regulates the release of medicines in the EU is bringing forward to next Monday a special meeting originally planned a week later to discuss conditional approval for the Pfizer-BioNTech coronavirus vaccine. EU states have the option of individually going ahead with vaccinations earlier under EMA emergency rules, but the European Commission wants a coordinated rollout across the bloc to ensure no member state is left behind. Von der Leyen emphasized that the Pfizer-BioNTech vaccine was only one of six potential jabs for which the EU has secured contracts.

"Finally, within a week, the first vaccine will be authorized so that vaccinations can start immediately, and more will follow in the new year," she said. "In total, we have bought more than enough doses for everyone in Europe. And we will be able to support our neighbors and our partners around the world through COVAX so that no one is left behind," Von der Leyen added referring to an initiative launched by the WHO, to ensure that vaccines proven to be effective and safe are made available to all countries, and not only rich ones able to preemptively buy up doses.