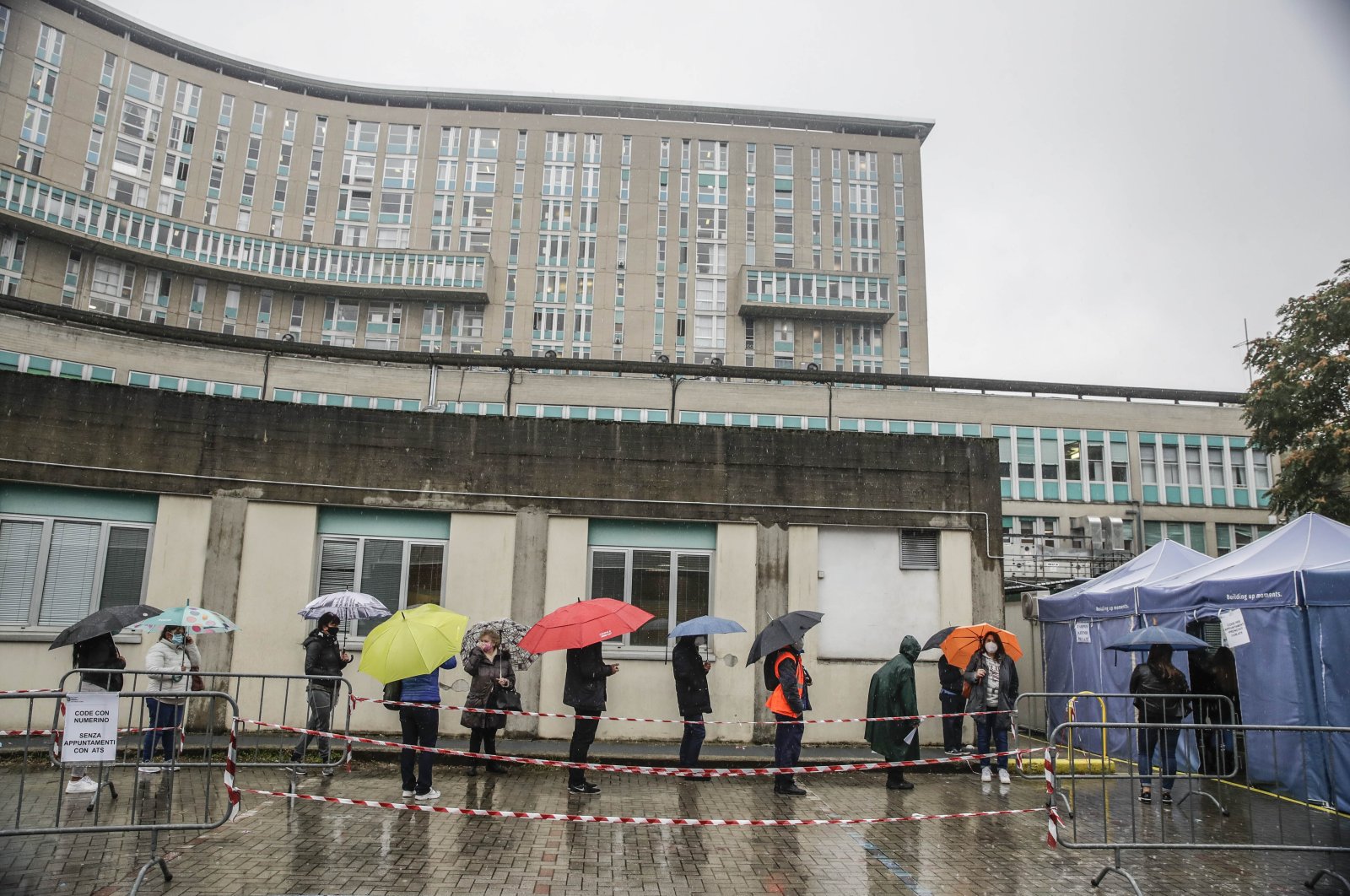 Europe's hospital systems are at risk of buckling under the strain of soaring numbers of COVID-19 infections that have put the continent once again at the center of the global pandemic.

With case numbers that were brought largely under control by the unprecedented lockdowns in March and April now resurging relentlessly, authorities in countries from Poland to Portugal have expressed mounting alarm at the renewed crisis confronting their health infrastructure.

Belgium, struggling with what its health minister called a "tsunami" of infections, is postponing all nonessential hospital procedures, and similar measures are looming in other countries where case numbers have been rising relentlessly.

"If the rhythm of the past week continues, rescheduling and suspending some non-priority activities will become unavoidable," said Julio Pascual, medical director at Barcelona's Hospital del Mar.

To complicate the situation, widespread coronavirus fatigue and the frightening economic impact of the crisis have eroded broad public support for the lockdowns ordered earlier in the year to stop health services from being overwhelmed.

Unwilling to shut down their countries again, governments have sought less drastic measures to limit public gatherings and balance the need to keep their economies turning while holding back the pandemic.

According to data from the European Centre for Disease Prevention and Control (ECDC), Europe has registered more than 5 million cases and 200,000 deaths, with new cases beginning to spike sharply from the end of September.

While well below levels at the peak of the crisis six months ago, COVID-19 hospital admissions and occupancy are again high, defined as at least 25% of the peak of the pandemic, or rising in 20 countries, its latest weekly summary said last week.

European countries boast some of the world's best health services and doctors say that with the benefit of almost a year's experience with the coronavirus, they are much better equipped to treat individual patients clinically.

But the capacity of hospitals to handle a wave of COVID-19 patients, as well as people suffering from cancer, heart disease and other serious conditions, is still vulnerable.

Dutch health authorities said that if the number of COVID-19 patients in hospital wards continues to grow, three quarters of regular care may have to be scrapped by the end of November, and there were similar warnings from Czech authorities.

"We have hit a wall on clinical beds," said Wouter van der Horst, spokesperson for the Dutch hospital association NVZ.

As hospital admissions have spiraled, much attention has been focused on intensive care units, which came close to being overwhelmed in many areas during the first wave of the crisis.

Authorities in Lombardy, the Italian region at the center of the earlier wave, on Wednesday ordered the reopening of special temporary intensive care units set up in Milan and Bergamo that were shut down as case numbers receded.

Already, a number of regional health authorities in Germany, one of the countries that dealt with the first wave most effectively, have agreed to take in intensive care patients from other countries.

The ECDC said that some 19% of patients diagnosed with COVID-19 are estimated to have ended up in the hospital and 8% of those could require intensive care, but variations are wide both across Europe and within individual countries.

On Wednesday, Poland's health minister said up to 30% of new cases there could end up being hospitalized.

There has also been concern over the track and trace systems meant to keep local outbreaks of the disease under control but which have proven ineffective in many areas.

On Wednesday, authorities in Ireland, where the five-day case average has tripled since the start of October, said there were no longer enough officials to keep the system working.

Niamh O'Beirne, national lead for testing and tracing, told RTE radio that contact tracing centers had seen "unprecedented demand" with exponential growth in the number of cases, "and over the week we simply couldn't get to everyone."