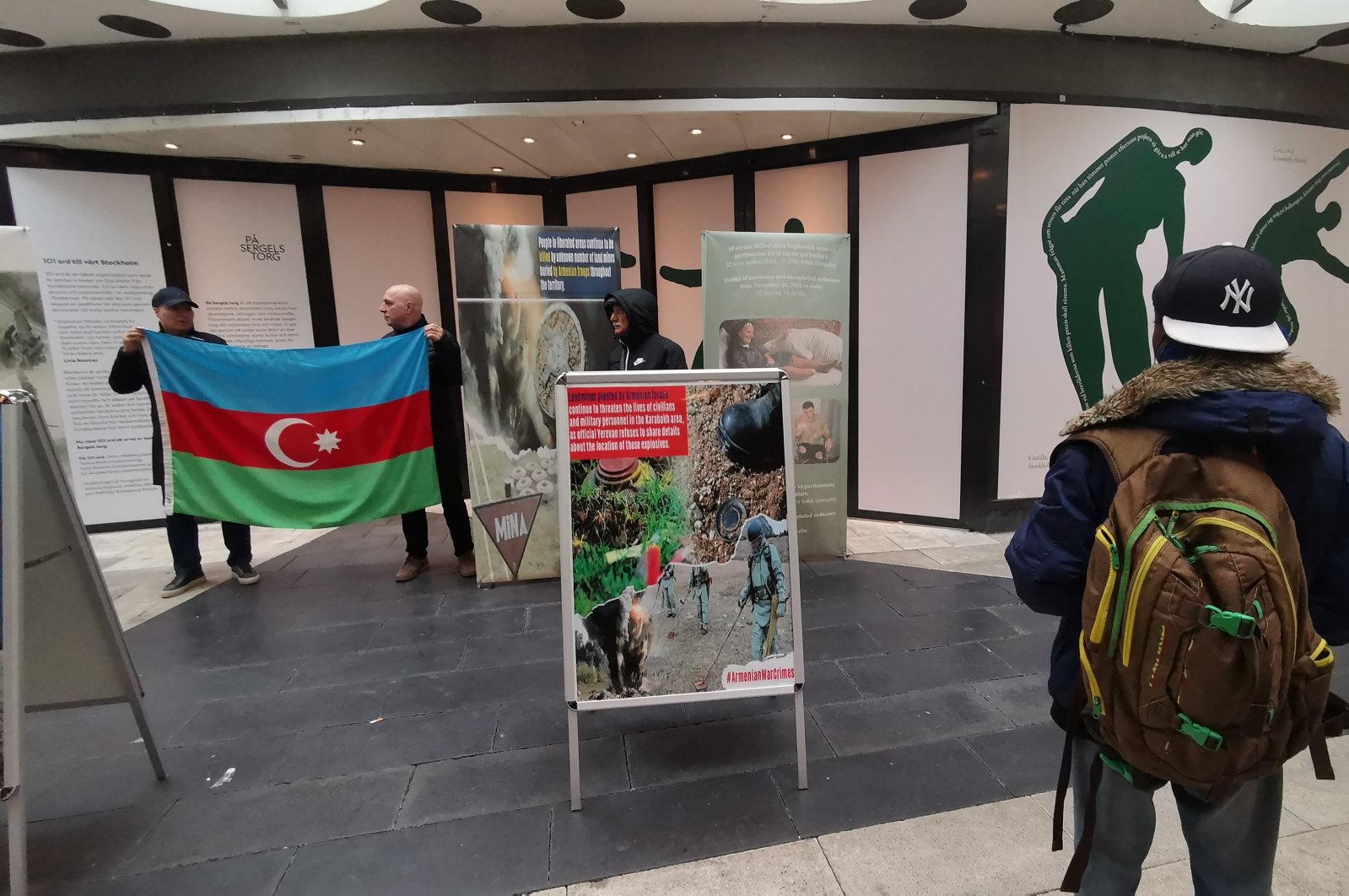 A photo exhibition on the atrocities committed by Armenia during its decadeslong occupation of Nagorno-Karabakh organized in Stockholm, Sweden on April 24, 2021. (AA)
by Anadolu Agency Apr 25, 2021 11:44 am
RECOMMENDED

A photo exhibition on the atrocities committed by Armenia during its decadeslong occupation of the Azerbaijani territory of Nagorno-Karabakh was held in Sweden's capital on Saturday.

The exhibit, organized in Stockholm by the Swedish Azerbaijani Association (SAF), featured photographs of civilians maimed by land mines planted by Armenian forces.

"We want people in Sweden to see the massacres and atrocities committed by Armenia during its 30-year occupation of Nagorno-Karabakh," Sevda Dadasheva, president of SAF, told Anadolu Agency (AA).

"We recently liberated the Nagorno-Karabakh region from Armenian occupation. Still, though, the Armenian Army has planted mines in the area to prevent Azerbaijanis from returning to their ancestral lands and continues to do so," said Dadasheva.

"More than 1 million Azerbaijanis have been unable to return to their native lands. This should be considered a war crime."