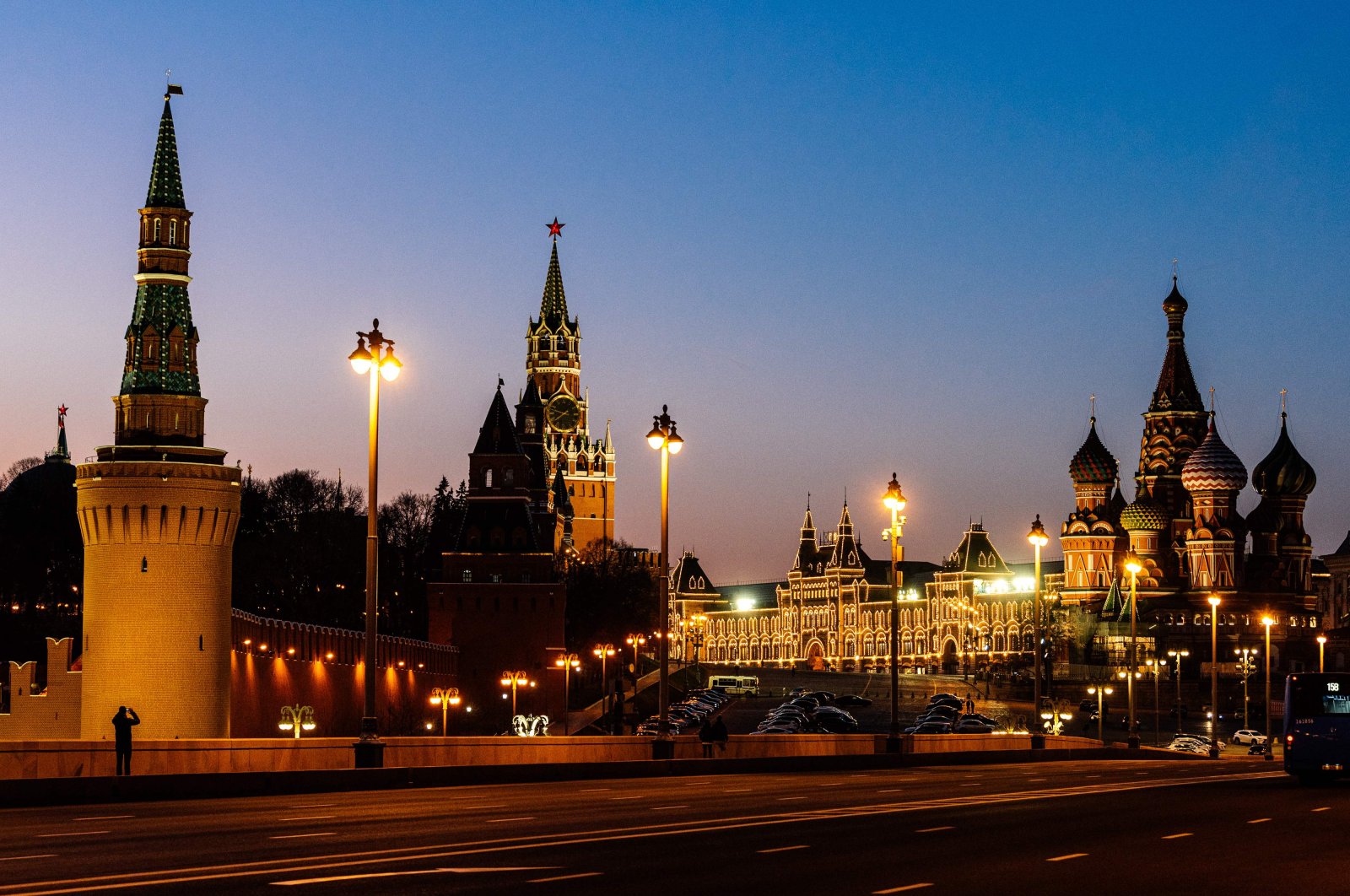 This picture taken Tuesday, April 7, 2020, shows the Saint Basil's Cathedral (R) and the Kremlin's Spasskaya Tower (C) in downtown Moscow, during the strict lockdown in Russia to stop the spread of the novel coronavirus. (AFP Photo)
by German Press Agency - DPA Apr 08, 2020 8:54 am

The European Union has identified false information on the new coronavirus outbreak coming out of Russia, according to the EU's top rule-of-law official.

Jourova would not speak about state-directed news because of insufficient evidence but said a lot of pro-Kremlin information about the new coronavirus came from Russia.

She also said there had been official statements by Russian authorities directed against the EU.

The aim of such statements is to provoke fear and nervousness among the public, she said.

China, on the other hand, tends to work with propaganda, Jourova, who is also a Czech politician, said.

For example, claims have been spread that Europe would not be able to cope with the coronavirus crisis without help from China, which is not true, Jourova added.

She said the best way to deal with false information and propaganda is with facts – and added that there is a high demand for facts and reliable information.

Jourova said she already came to an agreement on a procedure about the issue with some social media networks. They agreed to highlight reliable information and either delete false information or make it less visible, she said.