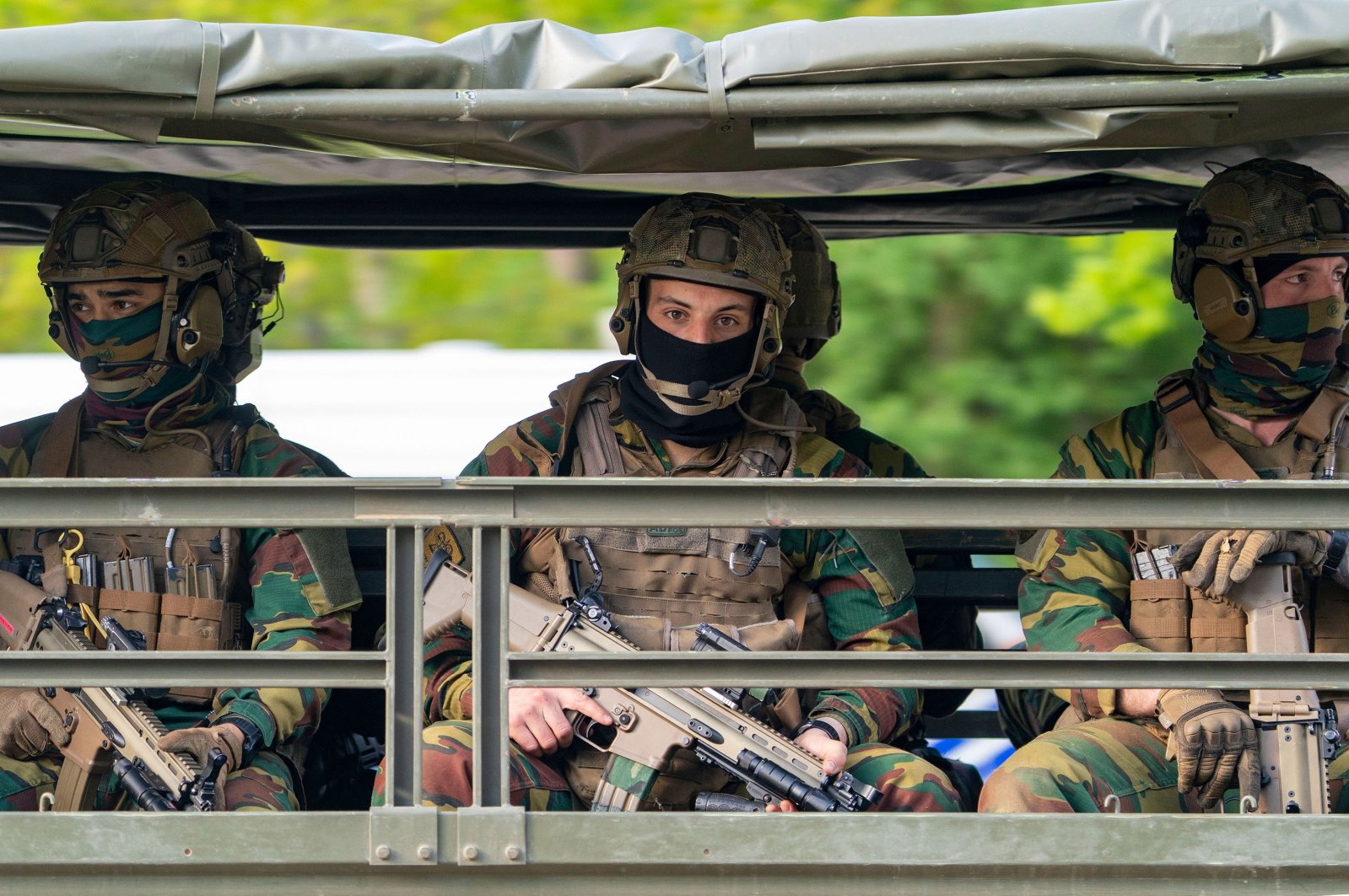 Paratroopers of the Belgian army sit on a Unimog. A suspected right-wing extremist professional soldier is still on the run in Belgium, May 21, 2021. (Getty Image)
by French Press Agency - AFP Nov 03, 2021 5:47 pm

More than 10 locations, including three military barracks, were searched by Belgian authorities Wednesday, as part of a probe into soldiers with suspected extreme-right ties, prosecutors said.

The operation came in the wake of official shock over a radicalized soldier, Jurgen Conings, who in June sparked a huge monthlong manhunt after he went missing with military weapons and threatened to target state officials and a high-profile virologist.

Conings' body was later found in a forest following his suicide by firearm.

Wednesday's raids stemmed from the lack of monitoring for radicalization in Belgium's military revealed by the Conings case. The defense ministry has launched several internal inquiries to identify such problems before they escalate.

The searches were carried out on the three barracks and eight home addresses of soldiers.

"The potentially implicated individuals are suspected of distributing or making available to the public messages intended to incite commission of a terrorism-related crime," the prosecutor's office said in a statement.

It said the probe was looking at those "suspected of links to the extreme right."

A Belgian media outlet, RTBF, said Wednesday's operation was not aimed at making arrests but rather collecting evidence for analysis.