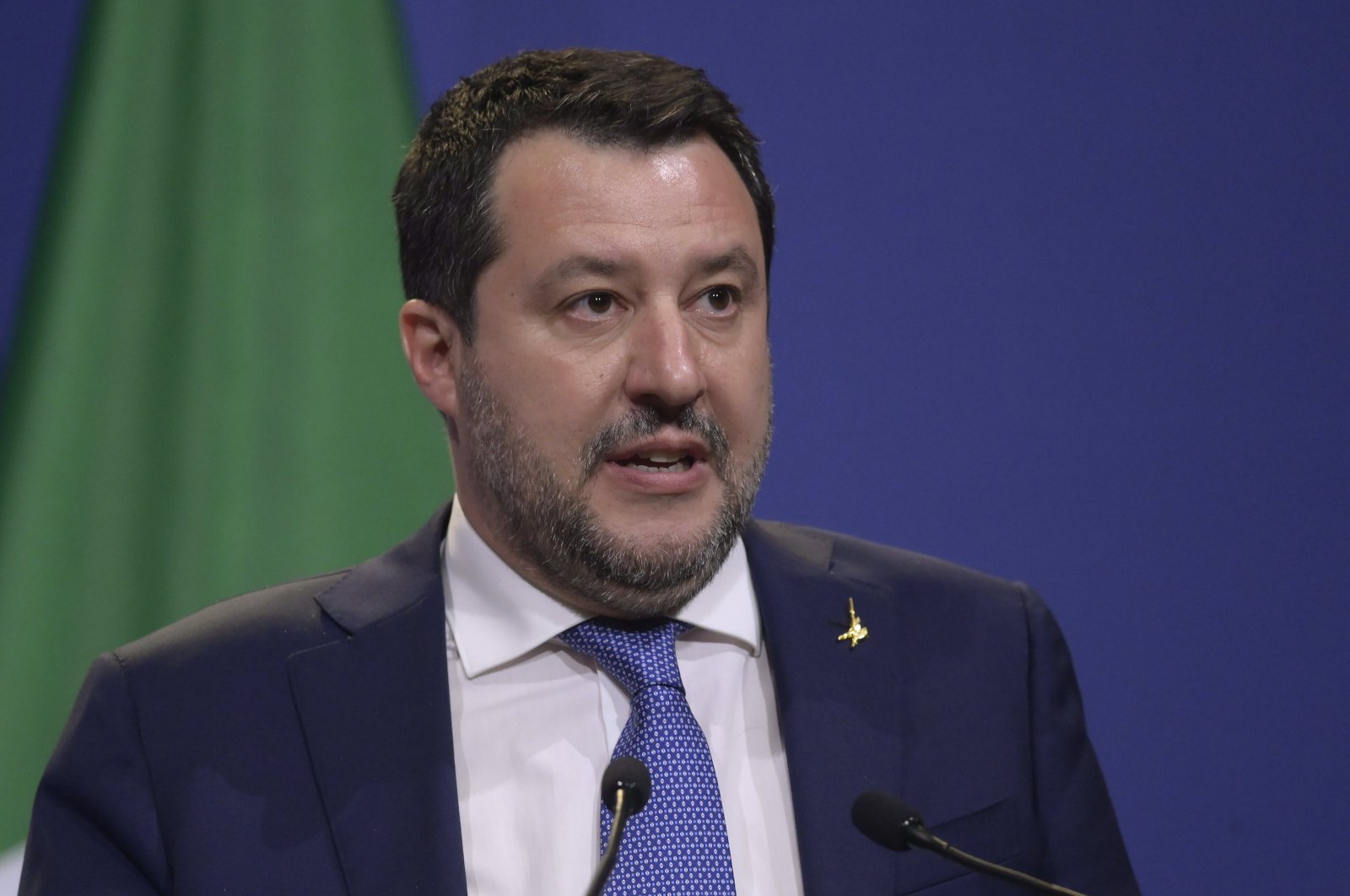 An Italian court ordered Saturday that Italy's former Interior Minister Matteo Salvini be put on trial on charges of kidnapping over his decision to leave 100 migrants stranded at sea in 2019.

Leader of Italian right-wing ruling party Lega (League), Matteo Salvini, who was interior minister at that time, left the migrants stranded at sea until prosecutors ordered the seizure of the ship and the evacuation of the people on board.

The trial will begin in the Sicilian capital of Palermo on Sept.15.

Salvini, who has built much of his political fortune on an anti-immigration campaign, could face up to 15 years in prison if found guilty at the end of a tortuous, three-stage judicial process.

A definitive conviction could bar him from government office.

"I am going to trial with my head held high, in your name as well as mine. Italy first, always," Salvini tweeted immediately after the ruling. "Defending our country is a citizen's sacred duty ... that is what I am being tried for."

During his 14 months as interior minister, Salvini stopped several boats from docking in Italy in an effort to halt migrant flows, and regularly accused the charities that operated them of effectively encouraging people smuggling.

He withdrew the League from the coalition government in the summer of 2019 in a failed bid to trigger an election when his party was riding high in the polls.

The League, now part of Mario Draghi's two-month-old national unity government, has lost more than 10 points of voter support but remains the most popular party in Italy on about 23%, according to most opinion polls.