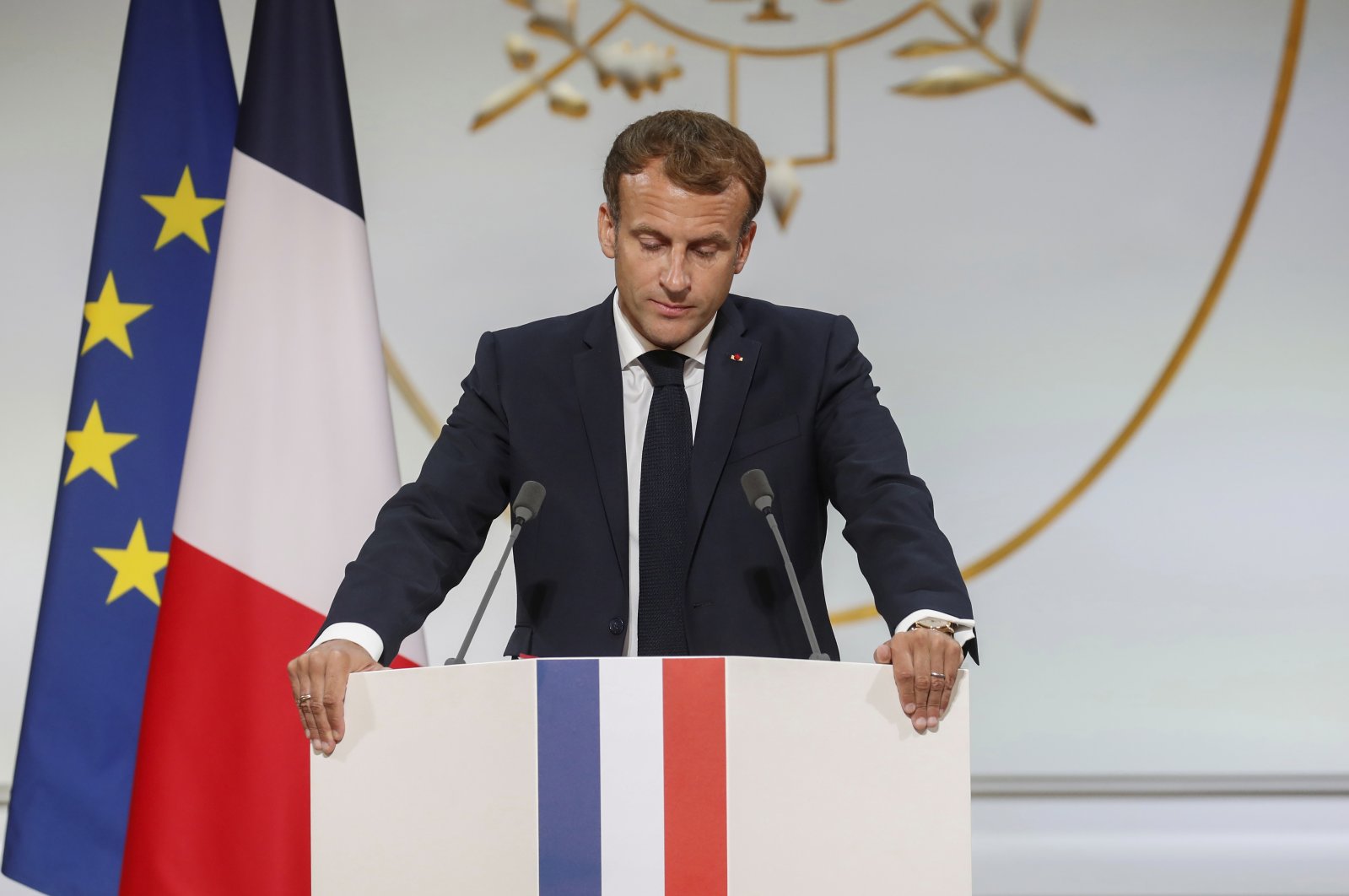 French President Emmanuel Macron pauses as he delivers a speech during a meeting in memory of the Algerians who fought alongside French colonial forces in Algeria's war of independence, known as Harkis, at the Elysee Palace in Paris, France, Sept. 20, 2021. (Pool Photo via AP)
by ASSOCIATED PRESS Sep 20, 2021 3:05 pm
RECOMMENDED

President Emmanuel Macron Monday apologized to Algerians who fought for French colonial forces in Algeria’s war of independence and were then massacred and ostracized as traitors.

In a solemn ceremony interrupted by the cries of one fighter’s daughter, Macron also promised a law guaranteeing reparations for the contingent known as the Harkis. The distraught woman, who said she grew up in a camp where France sequestered Harkis after the war, argued that the law wouldn’t go far enough to fix the damage.

Harkis and their descendants feel France abandoned and mistreated them after the war, one of the darkest chapters in France’s modern history. Around 200,000 fought against fellow Algerians in the 1954-1962 war, and tens of thousands of Harkis were killed after the French withdrawal.

Those who made it to France were placed in camps, and many were denied access to school and other rights. A few thousand Harkis are believed to still be alive today.

“I ask your forgiveness,” Macron told Harkis and their descendants gathered in the French presidential palace.

“We will continue to bandage the wounds as long as they haven't healed through words of truth. That is why the government will present a bill aimed at inscribing recognition and reparations in the marble of our laws,” Macron said.

When a tearful woman in the audience interrupted him, Macron tried to calm her down. “I hear you,” he told her, calling for a joint reconciliation effort.

It’s a difficult issue for Macron, who has sought to confront France’s colonial past – notably in Algeria, the most prized of France’s former overseas conquests. In Algeria, the Harkis are widely seen as traitors, and wounds from the colonial era slice deep.

Algerians today want their own apology from France for its actions during the war.

Only in 1999 did France officially admit that the eight-year combat that ended 132 years of French rule in Algeria was a war. The true number of Algerians who died in the war and its aftermath is unknown, as many were never identified.

Macron didn't give details about the reparations for Harkis. In 2018, his government promised 40 million euros ($46.86 million) for the Harkis and their children via pensions and other aid, as an “indemnity." His predecessor, Francois Hollande, acknowledged the state’s culpability toward the Harkis in 2016, and then President Nicolas Sarkozy in 2012 recognized the state's “failings."