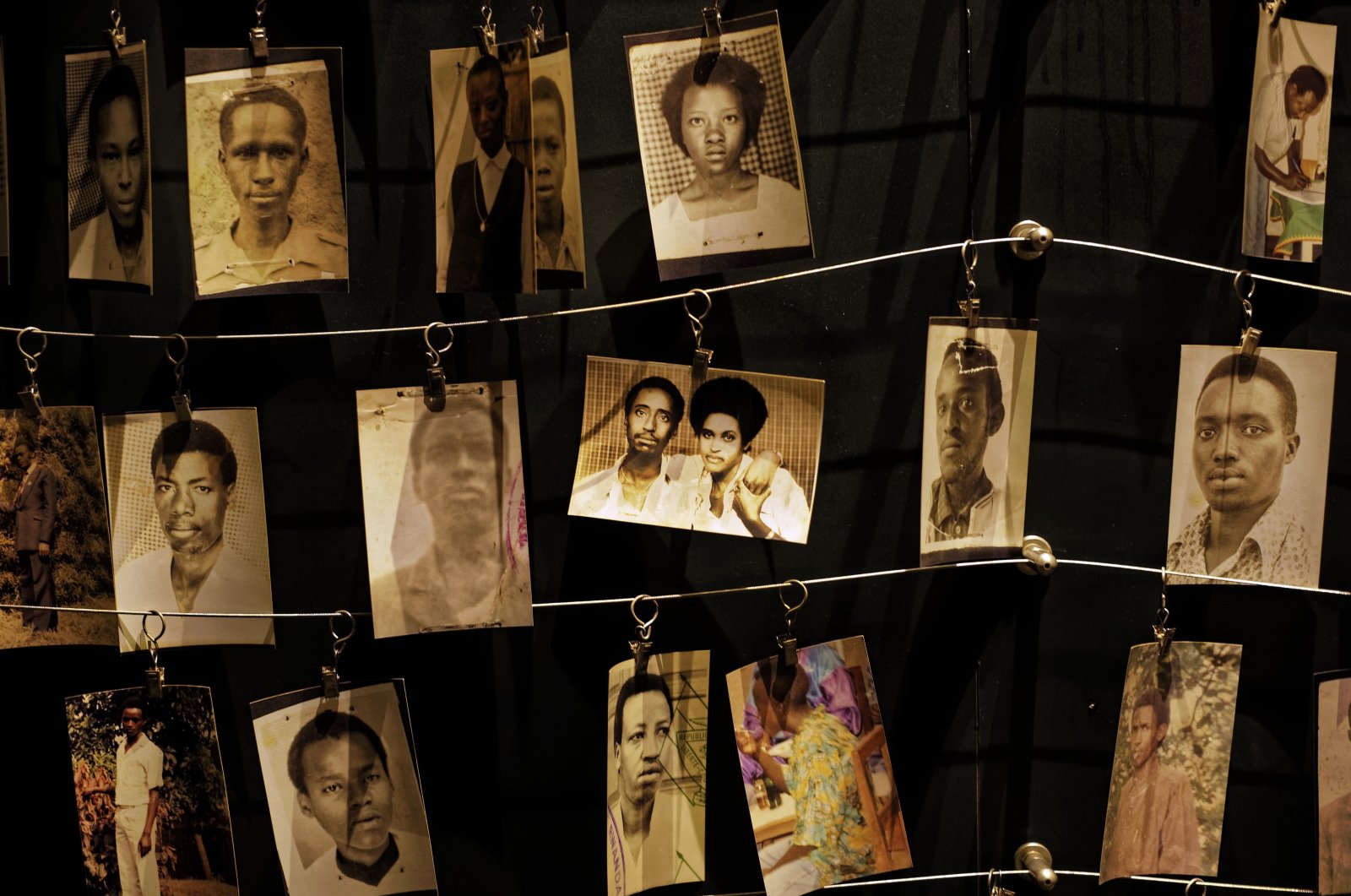 Family photographs of some of those who died in the 1994 Rwandan genocide hang on display in an exhibition at the Kigali Genocide Memorial center in the capital Kigali, Rwanda, April 5, 2019. (AP Photo)
by ASSOCIATED PRESS Mar 26, 2021 10:20 pm
RECOMMENDED

A commission that spent nearly two years uncovering France's role in the 1994 Rwandan genocide concluded Friday that the country reacted too slowly in appreciating the extent of the horror, which left over 800,000 dead, but cleared it of complicity in the slaughter.

The report said that France bears "heavy and overwhelming responsibilities” in the drift that led to the killings, which principally claimed victims from Rwanda’s Tutsi ethnic minority. Persistent claims that France under then-President Francois Mitterrand did not do enough to stop the genocide have damaged the Franco-Rwandan relationship since the 1990’s. As a result, French President Emmanuel Macron ordered the 15-member commission in May 2019 to shed light on what happened in Rwanda between 1990 and 1994.

Officials in Macron’s office said the inquiry was not just about improving relations with Rwanda but with the whole African continent, since other countries also have questions about what France did at the time.

The commission's report apportioned blame to France for failing in its "political, institutional, intellectual, ethical (and) moral” responsibility, according to officials in Macron’s office. But the report says researchers found no evidence that French weapons were delivered to Rwanda after the start of the genocide. It also ruled out accusations of wrongdoing by Operation Turquoise, a French-led military intervention in Rwanda that has been accused of being a failed attempt at propping up the Hutu-led government in Rwanda. The report further excluded any "complicity in genocide” by the French, saying there was no evidence of an intention to carry out genocidal actions.

The report found "malfunctions in the process of appreciation of the situation” and the resulting French government and military decisions. But the commission made it clear that their report did not seek to vilify individuals. It’s unclear if the report will succeed in improving relations between France and Rwanda, and in particular, satisfy Rwandan President Paul Kagame. Macron hoped the document would allow a catharsis, enabling France to put to rest claims that had simmered for more than a quarter of a century.