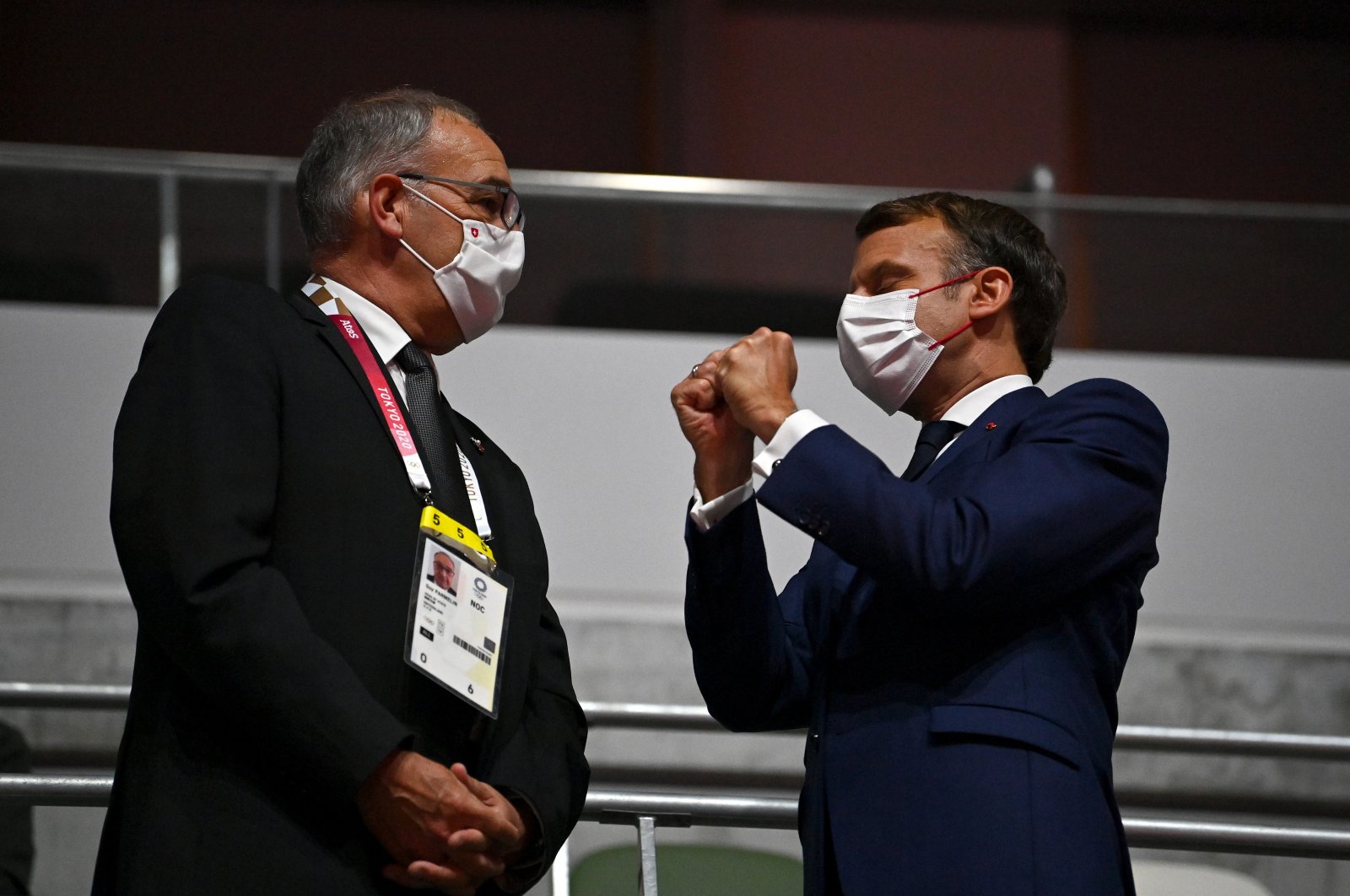 President of Switzerland Guy Parmelin and President of France Emmanuel Macron are seen prior to the Opening Ceremony of the Tokyo 2020 Olympic Games at the Olympic Stadium on July 23, 2021, Tokyo, Japan. (Getty Images)
by French Press Agency - AFP Sep 19, 2021 2:01 pm
RECOMMENDED

A meeting between the Swiss president and his French counterpart, which had been in planning for a while, has been canceled due to French anger about Bern's decision to purchase United States, not French, fighter jets, media reported Sunday.

Citing unnamed diplomatic sources, both newspapers said that France had opted to drop the meeting due to anger over how the Swiss had conducted their negotiations in the run-up to their June decision to buy 36 Lockheed Martin F35A jets.

According to the sources, Paris charged that the Swiss defense ministry had continued negotiations with other manufacturers, including with French Rafale maker Dassault, after the decision had already been reached to buy the U.S. fighters.

Parmelin's office at the economic affairs ministry confirmed that the meeting with Macron would not go ahead, but stressed that the scheduling had not been completed, meaning it was not considered "a cancellation of a confirmed appointment."

It also highlighted that the visit had not been billed as a state visit, but simply as "a working visit by the president."

The reports come as France is locked in a tense standoff with the U.S. and Australia over Canberra's decision to break a deal for French submarines in favor of U.S. nuclear-powered vessels.