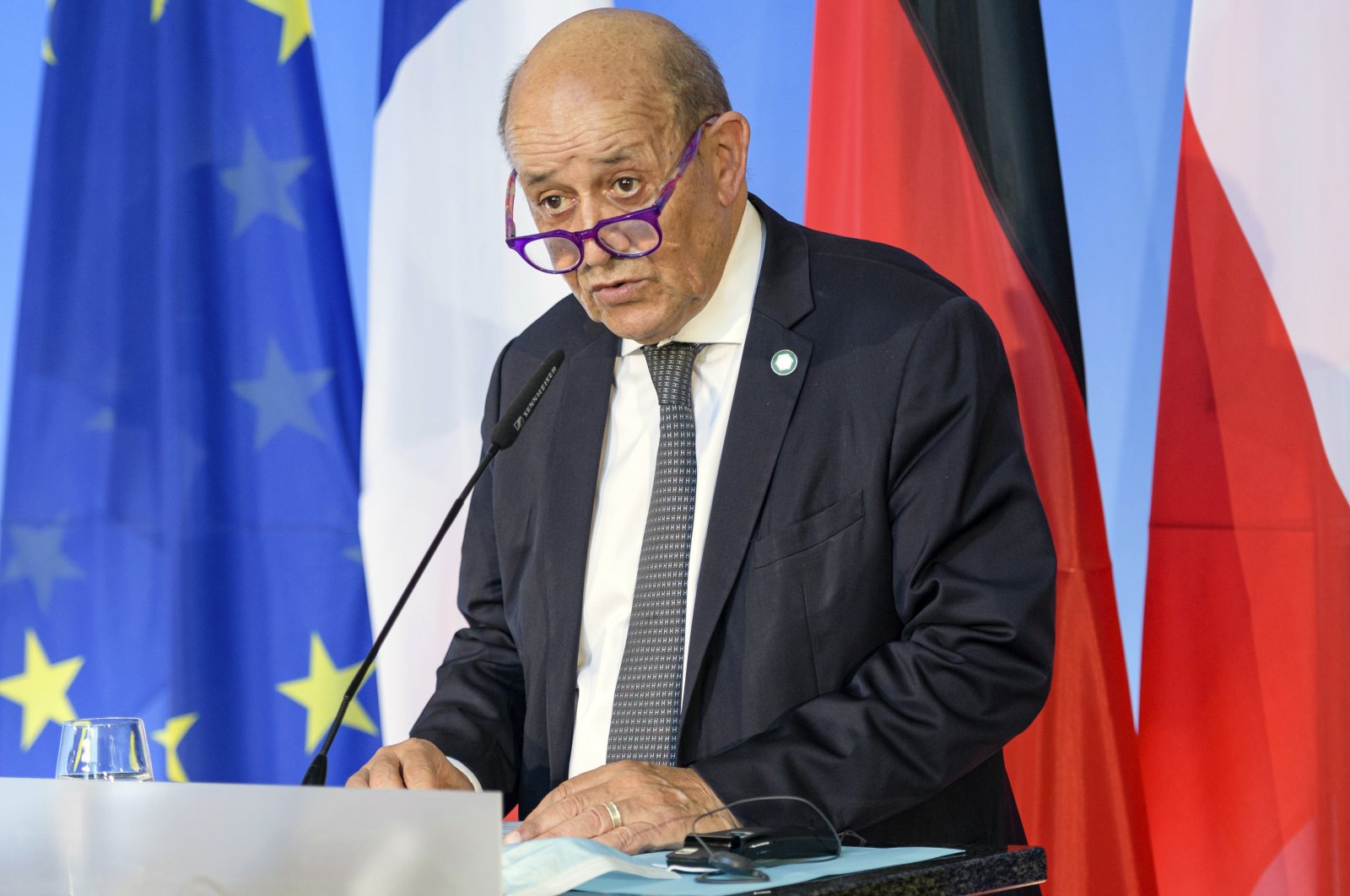 The row between France and Australia, the U.S. and the U.K. that emerged after a security pact that saw Canberra scrap a contract to buy French submarines in favor of American vessels resumed Saturday as Paris accused others of "lying" and described the situation as a "serious crisis."

"There has been lying, duplicity, a major breach of trust and contempt. This will not do," French Foreign Minister Jean-Yves Le Drian told France 2 television, saying a "serious crisis" was now in progress between the allies after Paris recalled its ambassadors to Canberra and Washington D.C.

"The fact that, for the first time in the history of relations between the United States and France, we are recalling our ambassador for consultations is a grave political act that shows the intensity of the crisis today between our two countries and also with Australia," Le Drian said.

He also lashed out at the "permanent opportunism" of the British government, which he dismissed as the "third wheel" in the security pact with Australia and the United States.

NATO would have to take account of what has happened as it reconsiders future strategy, he added.

Canberra announced on Thursday it would scrap its 2016 deal with France's Naval Group to build a fleet of conventional submarines and instead build at least eight nuclear-powered ones with U.S. and British technology after striking a trilateral security pact dubbed the AUKUS.

The minister again drew a parallel between the U.S. president's action and the unpredictable style of his predecessor Donald Trump, adding that Biden had acted "without the tweets but with a sort of solemn announcement that is rather unbearable."

The surprise cancellation of a multibillion-dollar submarine contract in favor of a U.S. one that was widely billed in France as the "contract of the century” has triggered the unprecedented show of anger among allies.

"This has been a huge mistake, a very, very bad handling of the partnership,” French Ambassador Jean-Pierre Thebault also said before flying home to France.

The row between Paris and Canberra marks the lowest point in their relations since 1995 when Australia protested France's decision to resume nuclear testing in the South Pacific and recalled its ambassador for consultations.

What French officials have called a complex, multilayered contract was about more than submarines. It was the underpinning for France's vision of the critical Indo-Pacific region, where France has a presence and China is looking to bolster its influence.

The U.S. deal scraps an AU$90 billion ($66 billion) contract with French majority state-owned Naval Group to build 12 conventional diesel-electric submarines. The Naval Group said in a statement that the consequences of the contract cancelation would be analyzed with Australia "in the coming days.”

It noted that teams in France and Australia have been at work on the project for the past five years. Australian employees working with Naval Group and their families have set up home in the Normandy port of Cherbourg.

A union official, David Robin, told BFMTV that employees were informed there may be an option to keep them on.

Australian Foreign Minister Marise Payne’s office earlier had issued a statement responding to the diplomat’s recall and noting Canberra’s "regret” over its ally’s withdrawal of its representative.

"Australia understands France’s deep disappointment with our decision, which was taken in accordance with our clear and communicated national security interests,” the statement said. It added that Australia values its relationship with France and looked forward to future engagements together.

Payne and Defense Minister Peter Dutton are currently in the United States for annual talks with their U.S. counterparts and their first with President Joe Biden’s administration.

U.S. State Department spokesperson Ned Price said France was a "vital ally" and that the United States would work in the coming days to resolve the differences.

Before he was recalled, French envoy Thebault said on Friday he found out about the U.S. submarine deal: "Like everybody, thanks to the Australian press.”

"We never were informed about any substantial changes,” Thebault said. "There were many opportunities and many channels. Never was such a change mentioned.”

After the U.S. deal was made public this week, Prime Minister Scott Morrison said he told President Macron in June that there were "very real issues about whether a conventional submarine capability” would address Australia’s strategic security needs in the Indo-Pacific. He has not specifically referred to China’s massive military buildup, which had gained pace in recent years.

Morrison was in Paris on his way home from a Group of Seven nations summit in Britain where he had talks with soon-to-be-alliance partners Biden and British Prime Minister Boris Johnson. Thebault said he had also been at the meeting with Macron and Morrison.

Morrison mentioned "there were changes in the regional situation,” but gave no indication that Australia was considering changing to nuclear propulsion, Thebault said. "Everything was supposed to be done in full transparency between the two partners,” he added.

Thebault said difficulties the project had encountered were normal for its scale and large transfers of technologies.

Senior opposition lawmaker Mark Dreyfus called on the Australian government to fix its relationship with France. "The impact on our relationship with France is a concern, particularly as a country with important interests in our region,” Dreyfus said. "The French were blindsided by this decision and Mr. Morrison should have done much more to protect the relationship."

"It will provoke other powers to also act more aggressively in the region, especially in the South China Sea," the Malaysian prime minister's office said, without mentioning China.

Beijing's foreign policy in the region has become increasingly assertive, particularly its maritime claims in the resource-rich South China Sea, some of which conflict with Malaysia's own claims.