France has no respectable data to support Islamophobic law: Experts 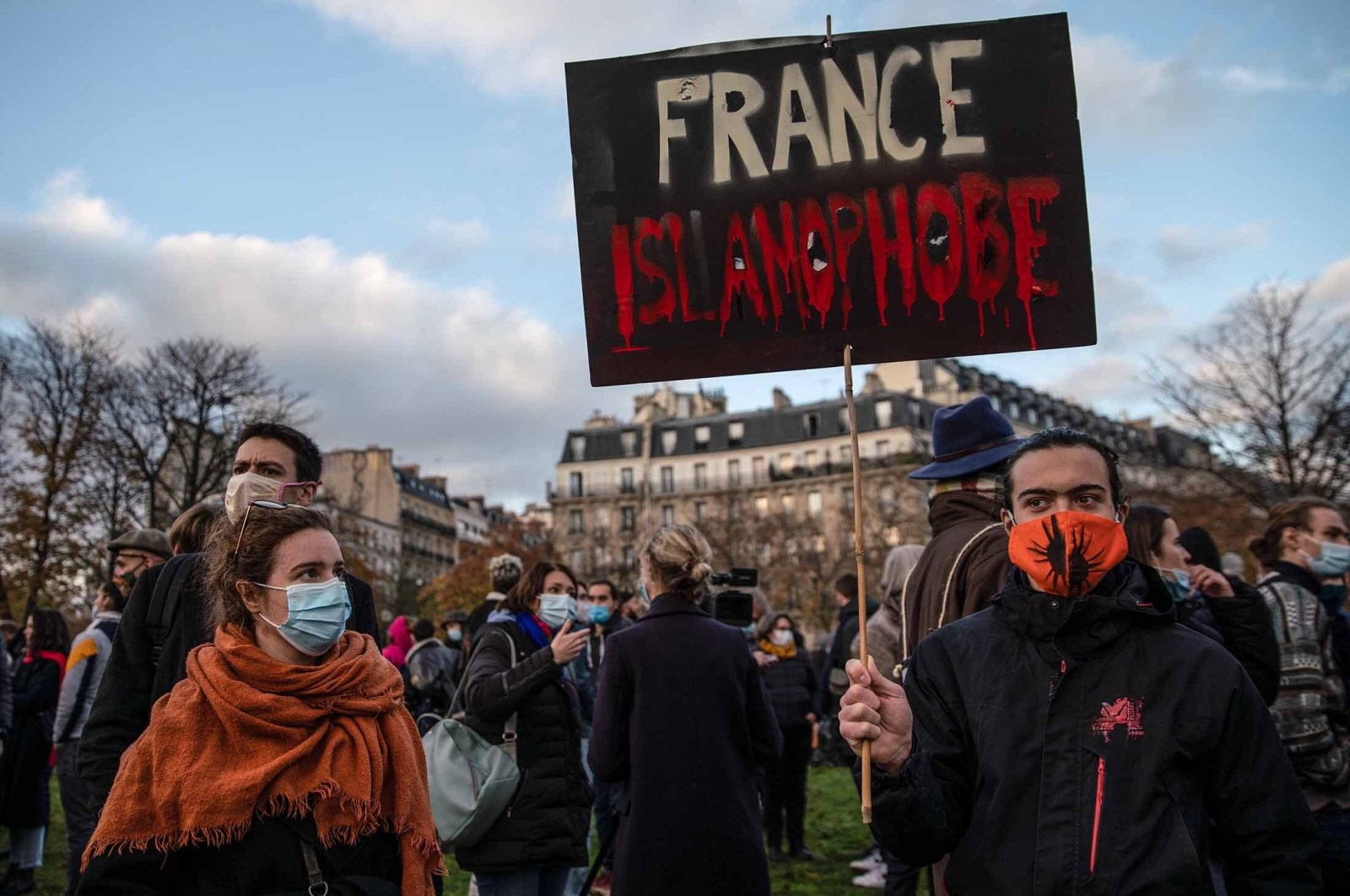 More voices have been loudly denouncing France's controversial "anti-separatism" law, which is generally recognized as Islamophobic and anti-Muslim, and blaming the French government for promoting the bill and dividing the country into two camps.

French political scientist and sociologist Vincent Geisser said that the separatism law, introduced by French President Emmanuel Macron's La Republique en Marche (LREM) party, is based on a sociological diagnosis that is derived from extremely weak statistical information and that, despite the state's many resources, the government could not find data to support the argument used to defend the law.

Evaluating the "Republican values" bill, which was criticized for targeting and marginalizing Muslims in France, Geisser, who is a researcher at the French National Scientific Research Center (CNRS) and the Institute of Research and Study on the Arab and Islamic Worlds (IREMAM), asserted that associations, mosques and schools simply became targets of the law.

He noted that despite all government resources, there has been "no respectable, quantitative data to support the argument of the government used to defend the separatism law." Geisser added that a legal basis is being created to legitimize France's intervention in Muslim affairs.

Geisser said that France, which is a secular state in principle, should not interfere in religious affairs no matter what, but that the state is currently interfering with the mosques, imams, associations or schools of Muslims.

Geisser stated that secular but predominantly Muslim countries such as Turkey and Tunisia also have difficulties in understanding French secularism. According to him, they believe that while France keeps pushing its law as the one that protects secularism, in reality, it has launched an oppression campaign against the largest Muslim minority in Europe.

Extremists are usually those who do not visit mosques

Professor Geisser stated that he did not agree with the view that Islamophobia feeds the groups called "jihadists" and that these groups have their own unique human resources.

The French political scientist pointed out that the efforts of Muslims were obscured and forgotten for the sake of ideological discourses. Muslim associations have always condemned terrorism, and Geisser noted that he observed and participated in such demonstrations to denouncing any kind of attacks.

Geisser said that the ideological political discourse has lost its connection with reality and that it is inconceivable to deprive these religious associations, who love France enough to decorate their meetings with French flags, and Muslims, who care for France enough to want their children to be gendarmes and police.

“Something for political and ideological reasons serves as a scapegoat to make people forget about the real problems of French society,” he said.

French human rights activist Maria De Cartena also said that with the adoption of the controversial law, Islamophobia has been legalized in France.

De Cartena, a member of the "Coordination Against Separatism Law" and an activist said that systematic racism and Islamophobia rage in France and with the adoption of the law, "Islamophobia became institutionalized and legalized."

"The reasons are very simple, the state's fear of Muslims and their desire to intimidate them," she said.

Stating that the provisions of the law are not only Islamophobic but also humiliating and freedom-killing, De Cartena said, "I think the separatism law is a repetition of the indigenous law that France applied to the people of the countries it exploited because it aligns Muslims with their religious, social, cultural actions and worship and prevents them from accessing many rights."

De Cartena also drew attention to the fact that the law strengthens the state's administrative, judicial and police apparatuses and allows them to monitor the places of worship of Muslims, and that the two imams were dismissed due to their sermons at the request of the interior ministry before the law was passed. She argued that the law creates two types of citizens in France, one being upper-class citizens who could benefit from all their constitutional rights and the other who could not benefit from these rights.

De Cartena emphasized that the law touches every aspect of Muslims' life in France, such as business, association, education, sports, but it especially targets women wearing headscarves.

Step back for France in terms of human rights

Noting that the separatism law did not strengthen the republican values ​​as in its name, on the contrary, it destroys the principles of "freedom, equality and fraternity," and even violates the principle of secularism by interfering with the worship of Muslims, Maria de Cartena said that the nation made "a step back in terms of human rights."

"The French state has a kind of imperialist, colonialist practice. We want to dominate Muslims, to control them, to tell them how they should live and act, how they should understand religion, how they should dress. When they directly attack the Qur'an, hadith, and sunnah, they are attempting to destroy the whole world and Muslims. They adopted a law that legalized Islamophobia," she said.