France in search of European backup after AUKUS submarine snub 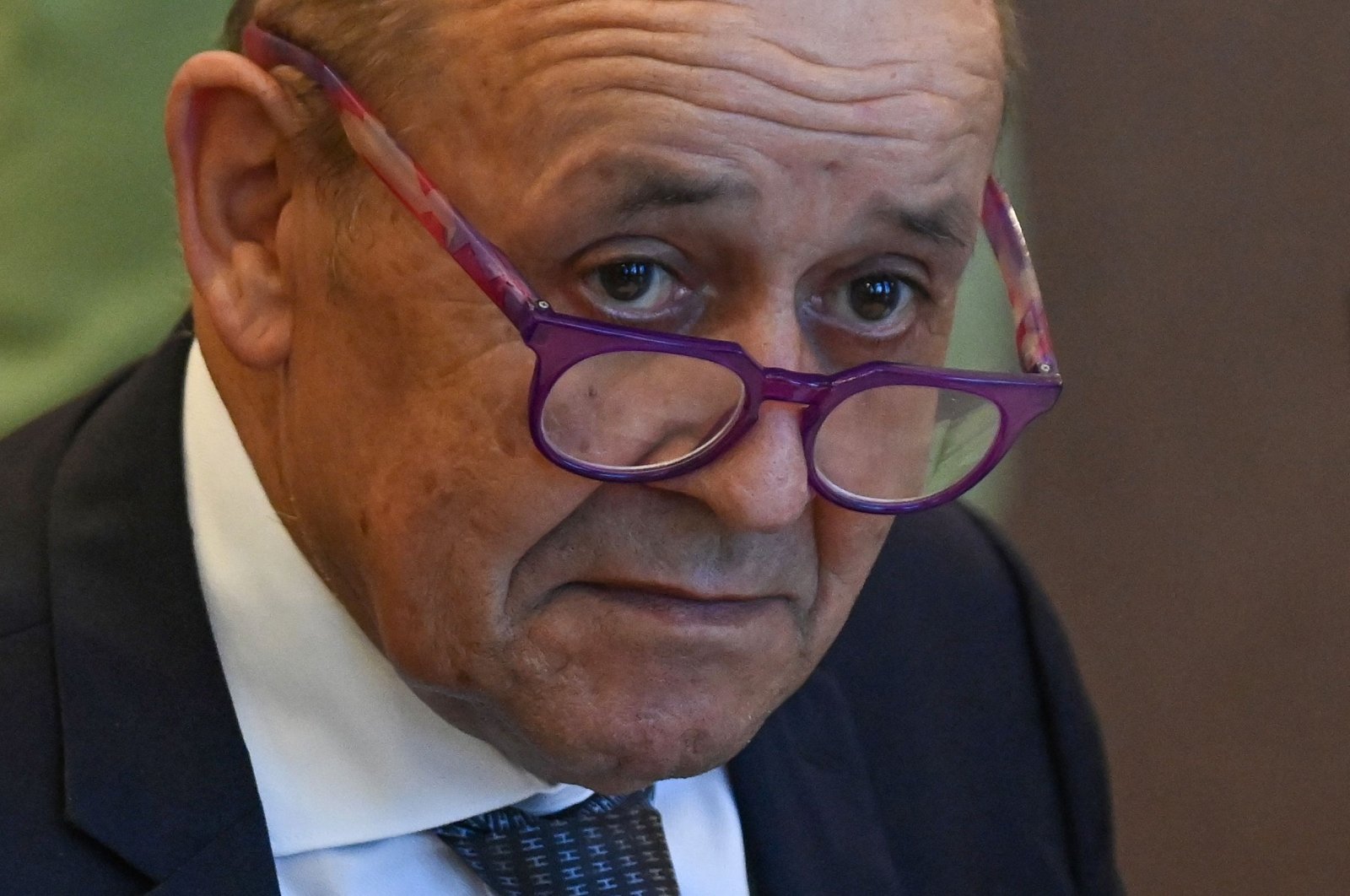 Mortified France is attempting to rally its EU allies to bolster Europe's strategic independence in the aftermath of a major Indo-Pacific defense pact between the U.S., U.K. and Australia, which Paris views as a betrayal.

France recalled its ambassadors to the U.S. and Australia for the first time because of the deal, and its anger is showing few signs of subsiding.

French Foreign Minister Jean-Yves Le Drian, in New York to represent France at the U.N. General Assembly, is expected to give a news conference Monday to address the situation. He's also meeting with foreign ministers from the other 26 European Union nations in New York, where he will discuss the consequences of the submarine deal and France's vision for a more strategically independent Europe.

“It’s not just a Franco-Australian affair, but a rupture of trust in alliances,” Le Drian was quoted as saying in the French newspaper Ouest-France. “It calls for serious reflection about the very concept of what we do with alliances.”

Le Drian said he canceled a meeting with his Australian counterpart in New York “for obvious reasons." They had been scheduled to meet with the Indian foreign minister, but instead it will be a France-India meeting alone.

Le Drian said he has no meeting scheduled with U.S. Secretary of State Antony Blinken while he's at the U.N., but might “pass him in the hallways."

While U.S. President Joe Biden is hosting the Australian and British leaders this week, he won't see French President Emmanuel Macron, who's not traveling to the U.N. Macron is staying in France and is expected to talk with Biden in the coming days about the submarine crisis, according to the French government.

The submarine deal, known as AUKUS, will see Australia cancel a contract to buy diesel-electric French submarines and instead acquire nuclear-powered vessels from the U.S. The U.S., Australia and Britain say the deal bolsters their commitment to the Indo-Pacific region, and has widely been seen as a move to counter an increasingly assertive China.

The French government appears to have been blindsided by the agreement, and feels its own strategic interests in the Pacific – thanks to its territories and military presence there – were ignored by major allies.

France's defense minister canceled a meeting with her British counterpart this week.

British Prime Minister Boris Johnson, meanwhile, insisted that Britain’s relationship with France is “ineradicable." Speaking on his way to New York, he said, “AUKUS is not in any way meant to be zero-sum, it’s not meant to be exclusionary. It’s not something that anybody needs to worry about and particularly not our French friends.”

British officials have stressed the close military ties between the U.K. and France, including joint operations in Mali and Estonia.

French Ambassador to Australia Jean-Pierre Thebault denied media reports that France was lobbying the EU not to sign the trade deal with Australia that has been under negotiation since 2018.

Australian Trade Minister Dan Tehan said he would travel to Paris within weeks for trade negotiations and was “very keen to touch base with my French counterpart."

“I see no reason why those discussions won’t continue," Tehan said.

The European Commission, the EU's executive branch, said Monday they're analyzing the impact of the Australian submarine agreement.

Australia argues that the submarine deal was about protecting its strategic interests amid broad concern about China's growing assertiveness.

“I can understand how the French are upset and we obviously want this to pass and to us to work closely again. But let’s remember, tens of thousands of Australians died on French soil over two World Wars protecting France in France, and protecting France from the enemy that was going to invade France,” said Australian Deputy Prime Minister Barnaby Joyce.