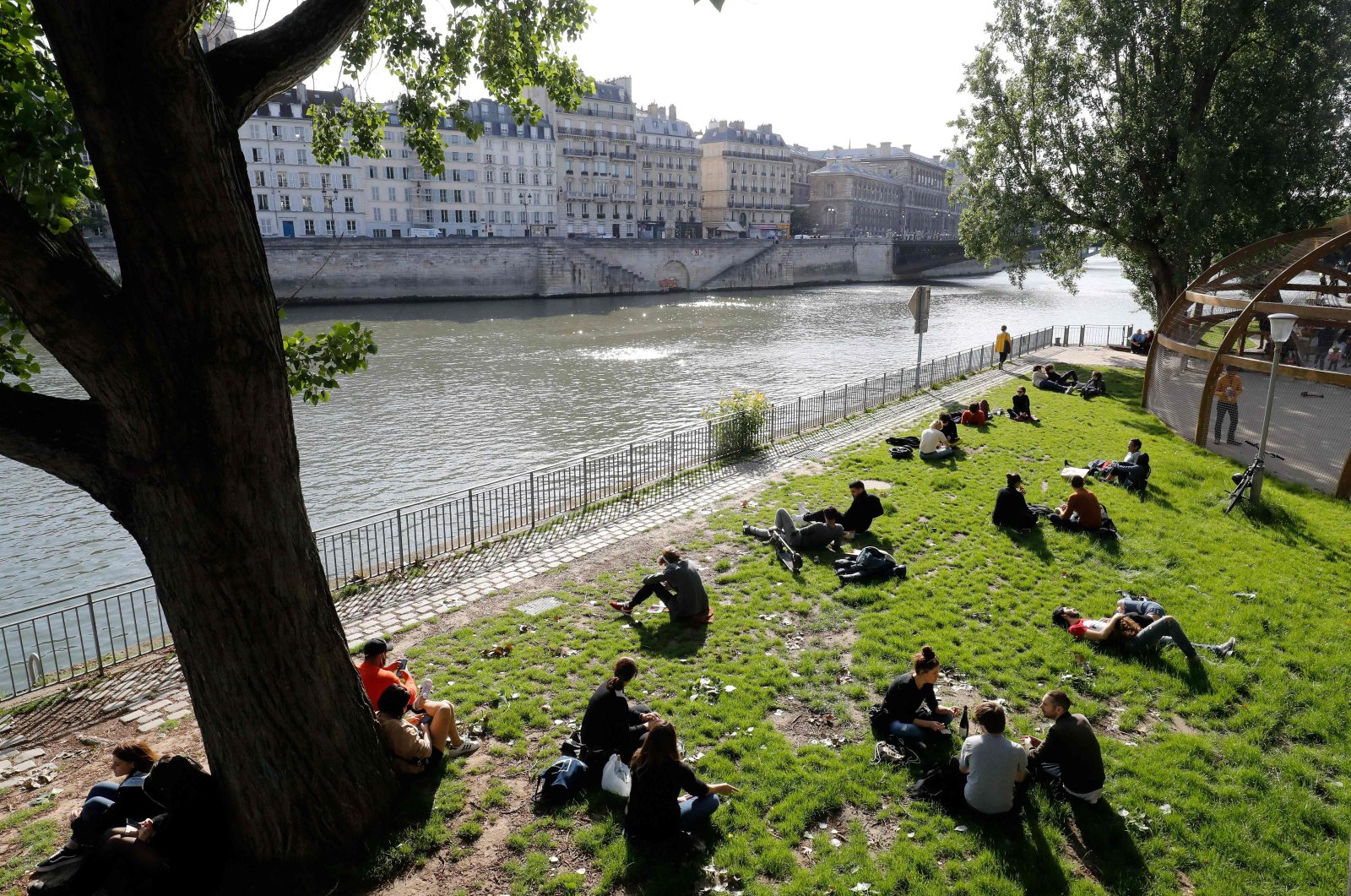 People gather along banks of the Seine river in Paris, on May 11, 2020, on the first day of France's easing of lockdown measures in place for 55 days to curb the spread of the COVID-19 pandemic, caused by the novel coronavirus. (AFP Photo)
by REUTERS May 11, 2020 10:27 pm
RECOMMENDED

Deaths from the COVID-19 epidemic in France on Monday were almost four times higher than on Sunday, while new confirmed cases more than doubled over 24 hours as the country started unwinding an almost two-month national lockdown put in place to contain the spread of the disease.

These figures are bound to feed fears of a possible second wave of infections as the World Health Organization (WHO) said earlier "extreme vigilance" was needed in countries beginning to exit from lockdowns.

Germany earlier reported an acceleration in new coronavirus infections after it took early steps to ease its lockdown. South Korea, another country that had succeeded in limiting virus infections, has seen a new outbreak in nightclubs.

France's health ministry said it had registered 263 new deaths from the virus, against 70 Sunday. In percentage points, the 1% rise is the highest in five days. But figures often tend to register a spike after the weekend lull.

The total death toll since the outbreak now stands at 26,643 the ministry said, the fifth highest in the world after those of the United States, Britain, Italy and Spain.