France to increase surveillance amid rising pressure on Muslims 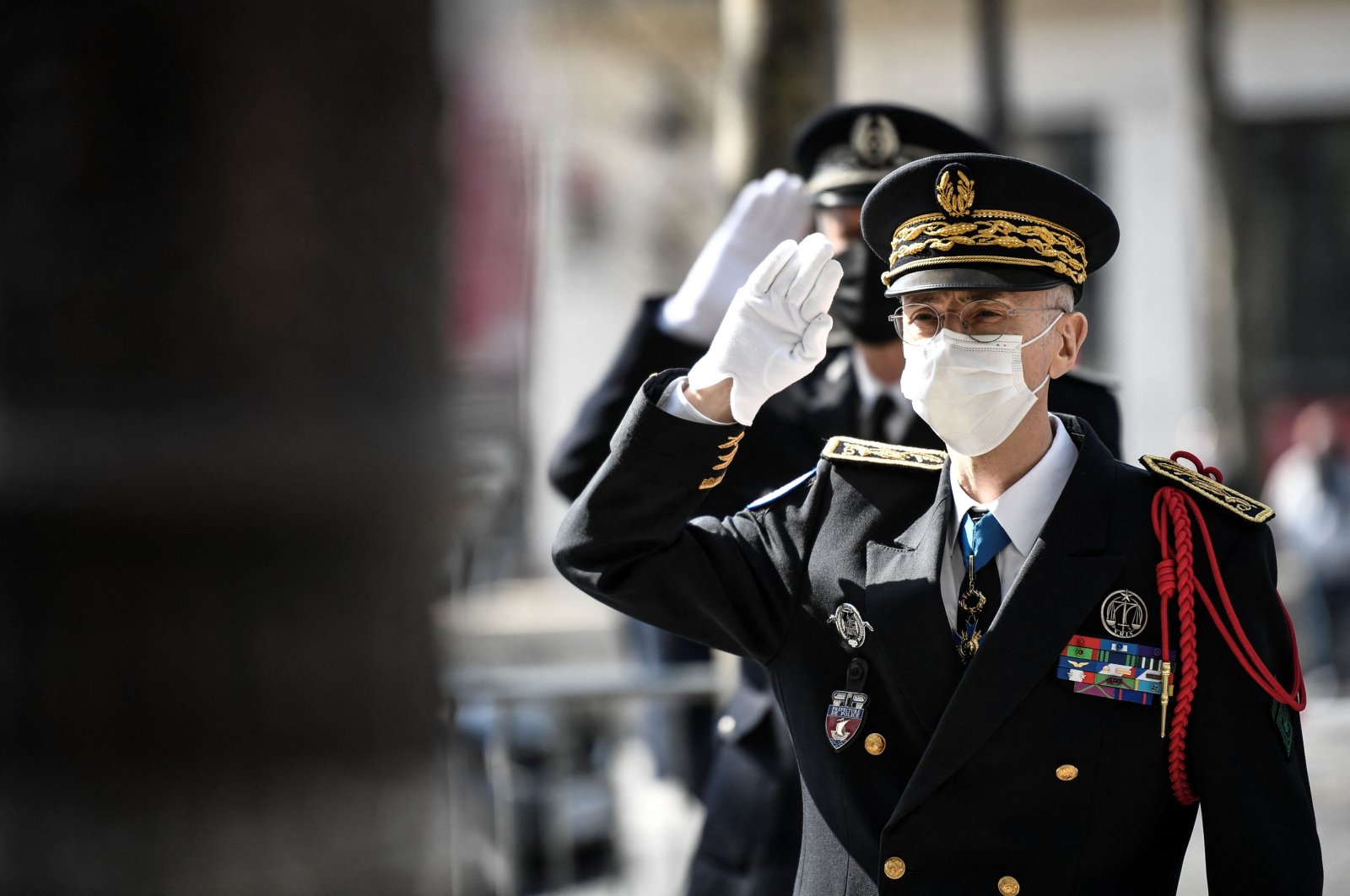 Paris police prefect Didier Lallement pays his respects during a ceremony in tribute to a French policeman who was killed in 2017, Paris, France, April 20, 2021. (AFP Photo)
by Anadolu Agency Apr 25, 2021 8:40 pm
RECOMMENDED

France will introduce new counterterrorism legislation that targets radicalism as part of the country’s long-running crackdown on its Muslim minority.

The bill will be tabled on April 28 at the request of President Emmanuel Macron and Prime Minister Jean Castex, Gerald Darmanin told Journal du Dimanche on Saturday.

The new law will strengthen technological surveillance and provide for "updating and perpetuating the use of algorithms, that is the automated processing of connection data, by the General Directorate of Internal Security (DGSI)," he said.

Darmanin said the new counterterrorism measure is important given that authorities are now dealing with "isolated individuals, increasingly young, unknown to the intelligence services before their act and without necessarily any link with established (terrorist) networks." They do however use the internet and social media rather than traditional telephone services, which makes it difficult to locate them.

This was the case for attackers in the decapitation of history teacher Samuel Paty in October, and the stabbing of a police official inside the Rambouillet police station on Friday.

The assailant in Paty's case was a young Chechen immigrant that had escaped traditional surveillance but was in touch with contacts in Syria through Instagram messaging, Darmanin said. He added: "the law must allow us to be more efficient, by strengthening us in the field of technology used by terrorists."

The bill will also address other terrorism-related issues such as increasing the duration of administrative follow-ups of those released from prison on terrorism charges, from one year to two years and improving access to the socio-psychiatric follow-up of potentially dangerous people.

Darmanin said the government is introducing new measures and legislation like the bill consolidating respect for the principles of the French Republic.

He said the terrorist threat remains very strong and since 2017 there have been 14 attacks that have caused the deaths of 25 people, while 36 more potential attacks were thwarted. A total of 575 people whose names were listed in the radicalization file have been expelled from France, and around 20 underground schools have been closed.

In addition, he said the "ultra-right, conspiratorial, survivalist" also threatens France, detailing that five terrorist plans from such groups have been thwarted, three of which targeted places of Muslim culture or worship.