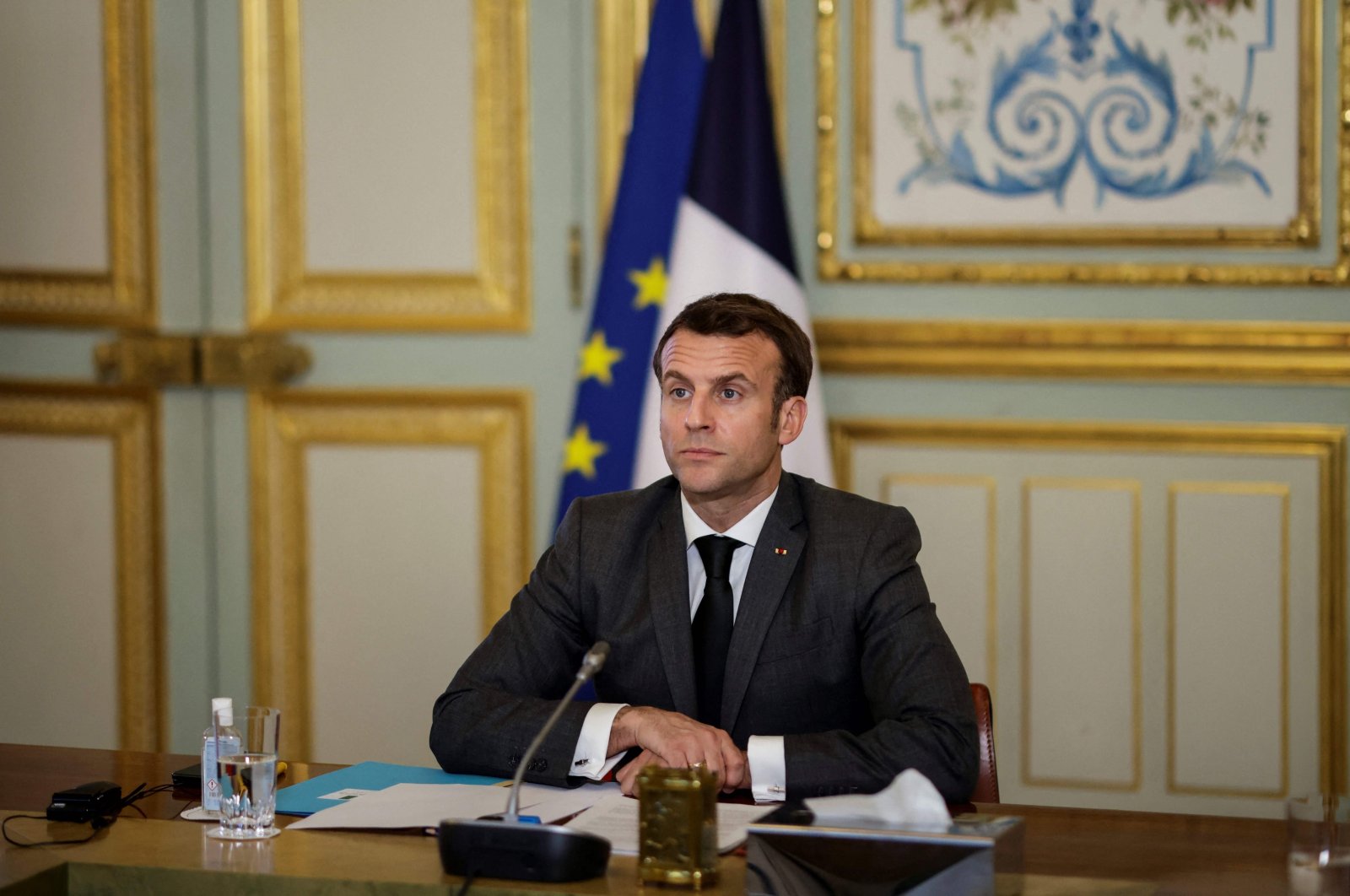 French President Emmanuel Macron reacts as he takes part in the Act-A videoconference meeting with the African Union board at the Elysee Palace, in Paris, on March 3, 2021. (AFP Photo)
by French Press Agency - AFP Mar 07, 2021 7:32 pm

French President Emmanuel Macron has only one woman among his closest advisers, one of his ministers said on Sunday, adding that she had spoken to the head of state about the issue.

"I told him 'Mr. President, you are not giving a good example," Elisabeth Moreno, a junior minister in charge of gender equality, told French media Sunday.

She declined to say how the 43-year-old reacted, but she praised him for making gender equality a public priority and for ensuring balanced governments throughout his time in office.

Every cabinet since Macron came to power in 2017 has featured an equal number of men and women, although both prime ministers have been male.

Of Macron's 13 closest advisers at the Elysee Palace, there is only one woman: deputy cabinet chief Cecile Geneste.

International Women's Day will be celebrated across the world on Monday.