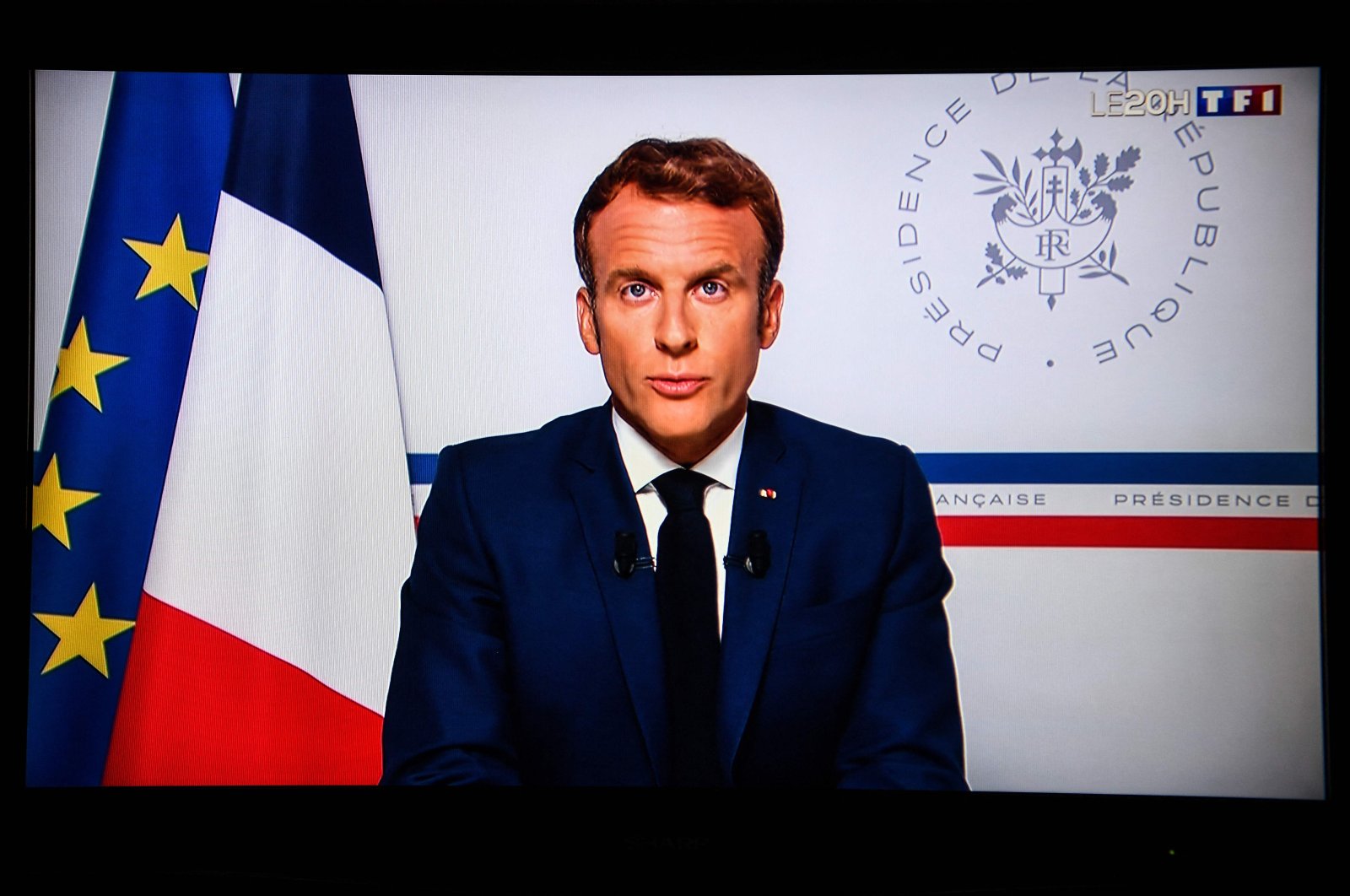 Anticipating a major influx of irregular migrants from the ongoing crisis in Afghanistan, European states will establish an "initiative with transit countries” to protect their arrival on the continent, the French president announced Monday.

As Afghans scrambled toward safety and chaotic scenes emerged from the tarmac of Kabul Hamid Karzai International Airport a day after the Taliban seized control of the capital city, President Emmanuel Macron said Europe needs to protect itself from irregular migrants.

Terming the events a "historic turning point” in a televised speech after chairing a special defense council meeting on Afghanistan earlier in the day, Macron said the current destabilization of security poses a risk of causing an "influx of irregular migratory flows into Europe,” adding that Europe must come up with a "robust" response.

While observing that Afghans face "terrible and immense challenges in the coming weeks and months,” Macron said "eventually the fate of Afghanistan is in her hands” and France will remain in solidarity alongside Afghan women. While France is doing and will continue to do its duty to protect those who are most threatened, he noted that Europe also needs to "anticipate and protect” against "significant irregular migratory flows that would endanger those who use them and feed trafficking of all kinds.”

Following talks with German Chancellor Angela Merkel and other European heads of state, Macron announced a new initiative that must be built urgently to "fight against irregular flows, (achieve) solidarity in the effort, the harmonization of protection criteria, and the establishment of cooperation with transit and host countries like Pakistan, Iran and Turkey."

Macron received harsh criticism following his remarks and was compared to far-right leader Marine Le Pen and her anti-immigrant stand. A #EmmanuelLePen hashtag became a trend on French Twitter.

Later, Macron defended himself by saying his statements on Afghanistan were falsified.

"France is doing and will continue to do its duty to protect those who are most threatened," he tweeted. The neighboring countries of Pakistan and Iran are already hosting major refugee populations, a consequence of over four decades of conflict in Afghanistan.

The exact details of the mechanism are likely to be announced in the coming days.

The European Union in 2016 struck a similar deal with Turkey in the aftermath of the conflict in Syria to ensure that refugees do not flood European territory. Under the agreement, Ankara was promised 6 billion euros ($7.06 billion) in aid to limit new migratory routes from opening, prevent the number of asylum-seekers and irregular migrants from attempting to enter Europe and resettle Syrian refugees.

Macron noted that terrorist groups continue to remain present in Afghanistan, seeking to take advantage of the destabilization.

He warned that it should not once again become the sanctuary of terrorism that it was. He added that France will continue to actively fight against terrorism under all circumstances and will coordinate and cooperate with Russia, the U.S. and Europe for international peace, stability and fight against a common enemy.