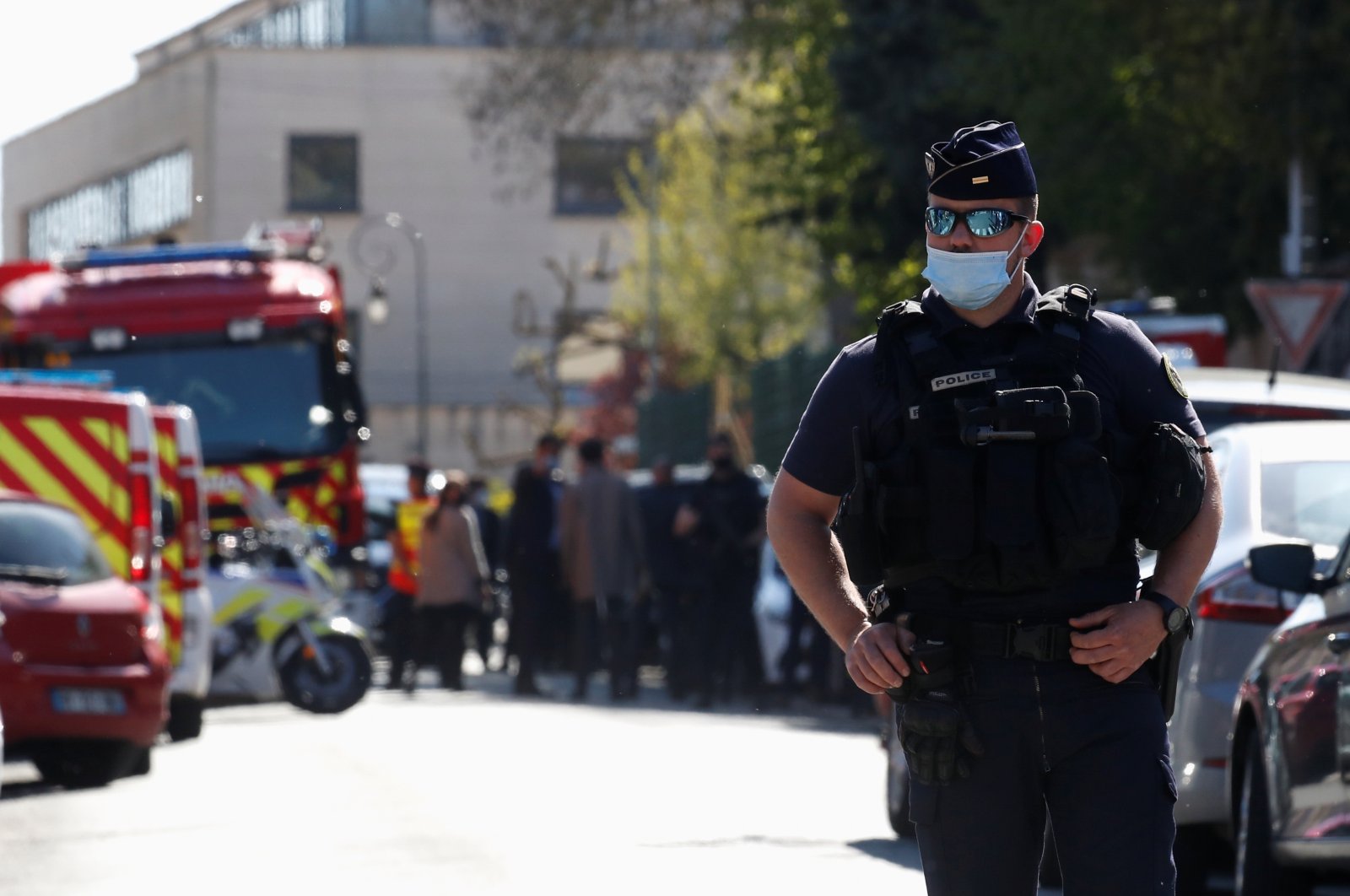 A police officer stands guard in the area where an attacker stabbed a female police administrative worker, in Rambouillet, near Paris, France, April 23, 2021. (Reuters Photo)
by ASSOCIATED PRESS Apr 23, 2021 6:04 pm

A French female police officer was stabbed to death at a police station Friday before her attacker was shot and killed by officers at the scene, authorities said.

The identity and the motive of the assailant were not immediately clear, a national police spokesperson told The Associated Press (AP). The police officer was a 49-year-old administrative employee in the station, the spokesperson said.

Investigators were looking into whether there might have been a link to terrorism and later in the day it was announced that French prosecutors had opened a terrorism investigation into the stabbing of the officer.

“We are in a state of astoundment,” Karl Olive, vice president of the regional council, said on BFM television.

The attack took place southwest of Paris just inside the police station in a quiet residential area of the town of Rambouillet, about 750 meters from a former royal estate that is sometimes used for international peace negotiations. Police cordons ringed the area after the stabbing.

French Prime Minister Jean Castex, Interior Minister Gerald Darmanin and other top officials visited the scene of the attack to show their support for police.

France has seen deadly attacks against police in the past and recently passed a controversial security bill extending police powers.