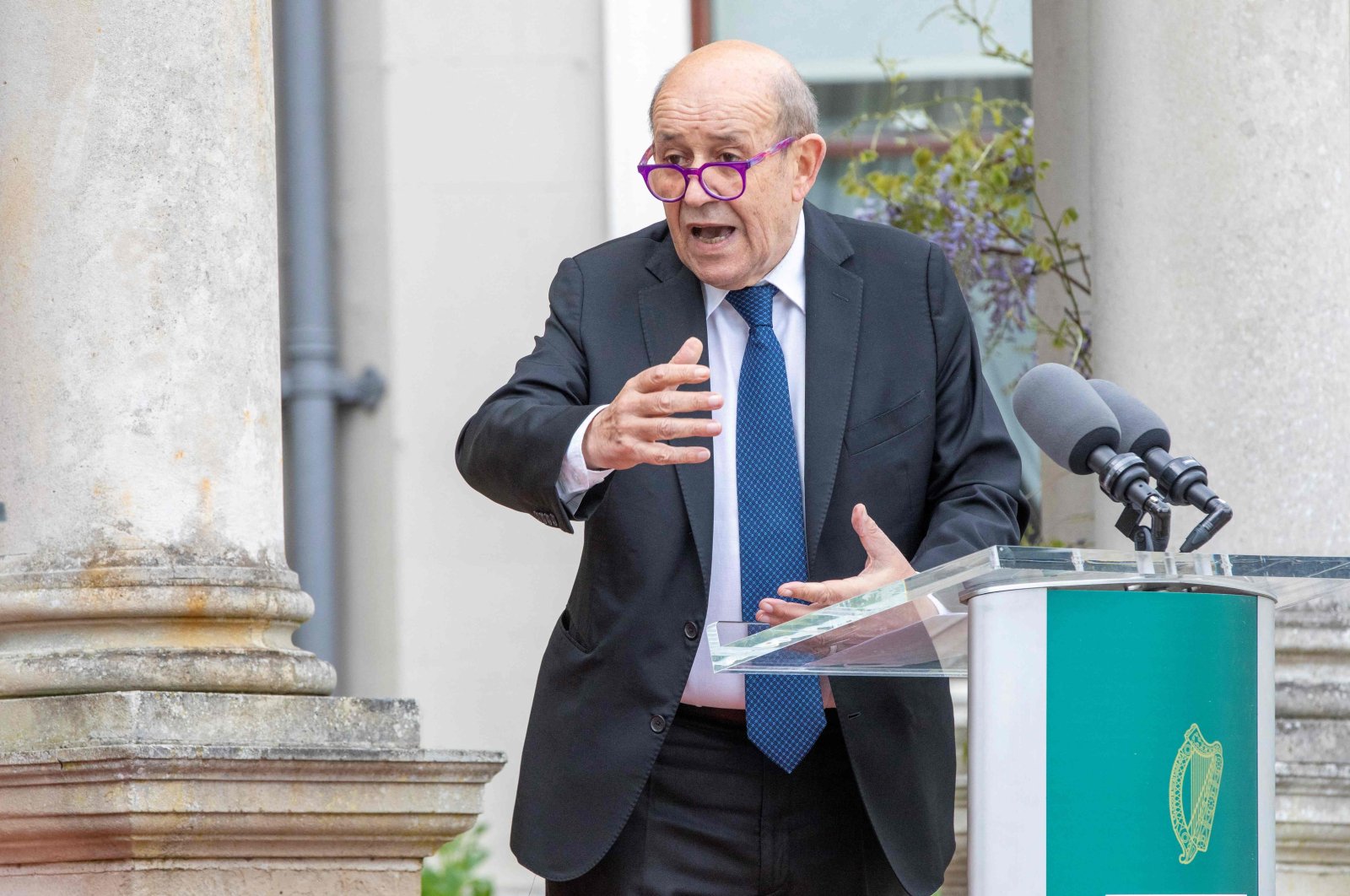 The French foreign minister referred to Israel's occupation of Palestinian territories as "apartheid," becoming one of the first senior French officials to use the term.

Foreign Minister Jean-Yves Le Drian warned of the risk of "long-lasting apartheid" in Israel in the event the Palestinians fail to obtain their own state.

The veteran politician made the remarks in an interview with RTL radio and Le Figaro newspaper in reference to the recent attacks by Israel against Gaza, which killed at least 279 Palestinians, including 69 children.

"It's the first time and it clearly shows that if in the future we had a solution other than the two-state solution, we would have the ingredients of long-lasting apartheid," Le Drian said, using the word for the white supremacist oppression of blacks in South Africa from 1948 to 1991.

Le Drian said the "risk of apartheid is high" if Israel continued to act "according to a single-state logic" but also if it maintained the status quo.

"Even the status quo produces that," he said.

He added that Israel's 11 days of violence had shown the need to revive the moribund Middle East peace process.

"We have to take one step at a time," he said, expressing satisfaction that United States President Joe Biden had reiterated support for creating a Palestinian state alongside Israel.

Tension escalated across the Palestinian territories since last month over an Israeli court verdict to evict Palestinian families from their homes in the Sheikh Jarrah neighborhood in favor of Israeli settler groups. The situation worsened after Israeli forces raided the Al-Aqsa Mosque and assaulted worshippers inside. The tension spread to the Gaza Strip, with Israel launching airstrikes that killed at least 279 Palestinians, including 69 children and 40 women, and wounding more than 1,900 Palestinians.

The fighting, the fiercest in years, came to a halt Friday under an Egyptian-brokered cease-fire. Israel occupied East Jerusalem, where Al-Aqsa Mosque is located, during the 1967 Arab-Israeli War. It annexed the entire city in 1980 in a move never recognized by the international community.