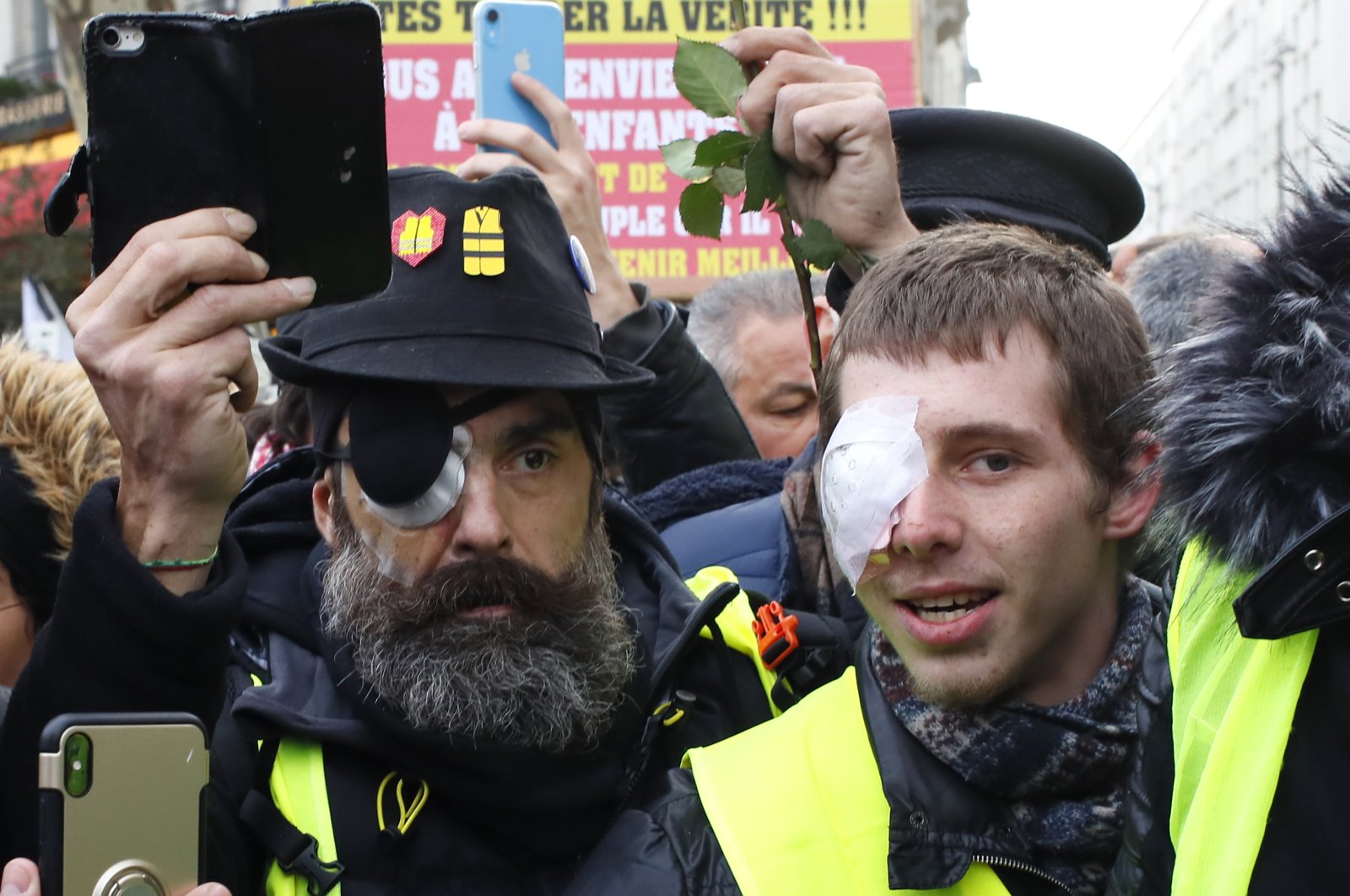 Jerome Rodrigues, one of the organizers of the Yellow Vest Movement in France, denounced the French state for “ruining” his life and accused French President Emmanuel Macron of hypocrisy.

Criticizing the police’s disproportionate use of violence against protesters, Rodrigues said many lives have been ruined to “preserve an unwanted system.”

He continued by saying that he has been wanting to address criticism toward him but the press has been refusing to cover him.

The protest leader also criticized Macron for hypocrisy and insincerity.

“Macron reacts against the detention of (Russian dissident Alexei) Navalny. I, like 30 other French people who lost their eyes, am the French Navalny,” Rodrigues said, adding that although Macron frequently highlights the lack of democracy in Russia, the same thing is happening in France.

Rodrigues sustained a permanent eye injury and was blinded in one eye during the protests in 2019.

The Gilets Jaunes, or Yellow Vests, is a two-year-old grassroots protest movement that was launched in response to France’s soaring fuel taxes and prices and a very apparent deepening divide between the classes.

Despite France’s cosmopolitan aura, many towns and villages remain provincial, even rural, with transportation systems hard to reach, forcing citizens into long and costly commutes.

The name of the movement was adopted based on the yellow vests all drivers are required to keep in their vehicles in case of an accident. Protesters are easily recognizable for wearing the vests during demonstrations.

Since the start of the movement, the Yellow Vests have been relentless, taking to the street every Saturday since November 2018.

The demonstrations reached an early apex on Dec. 1, 2018, when thousands gathered to protest around the Arc de Triomphe, often their locale of choice.

Three protesters broke into the monument and scaled to the top to wave the tricolor to the cheers of fellow demonstrators.