French MP under fire over call for 'siege' against jab rules 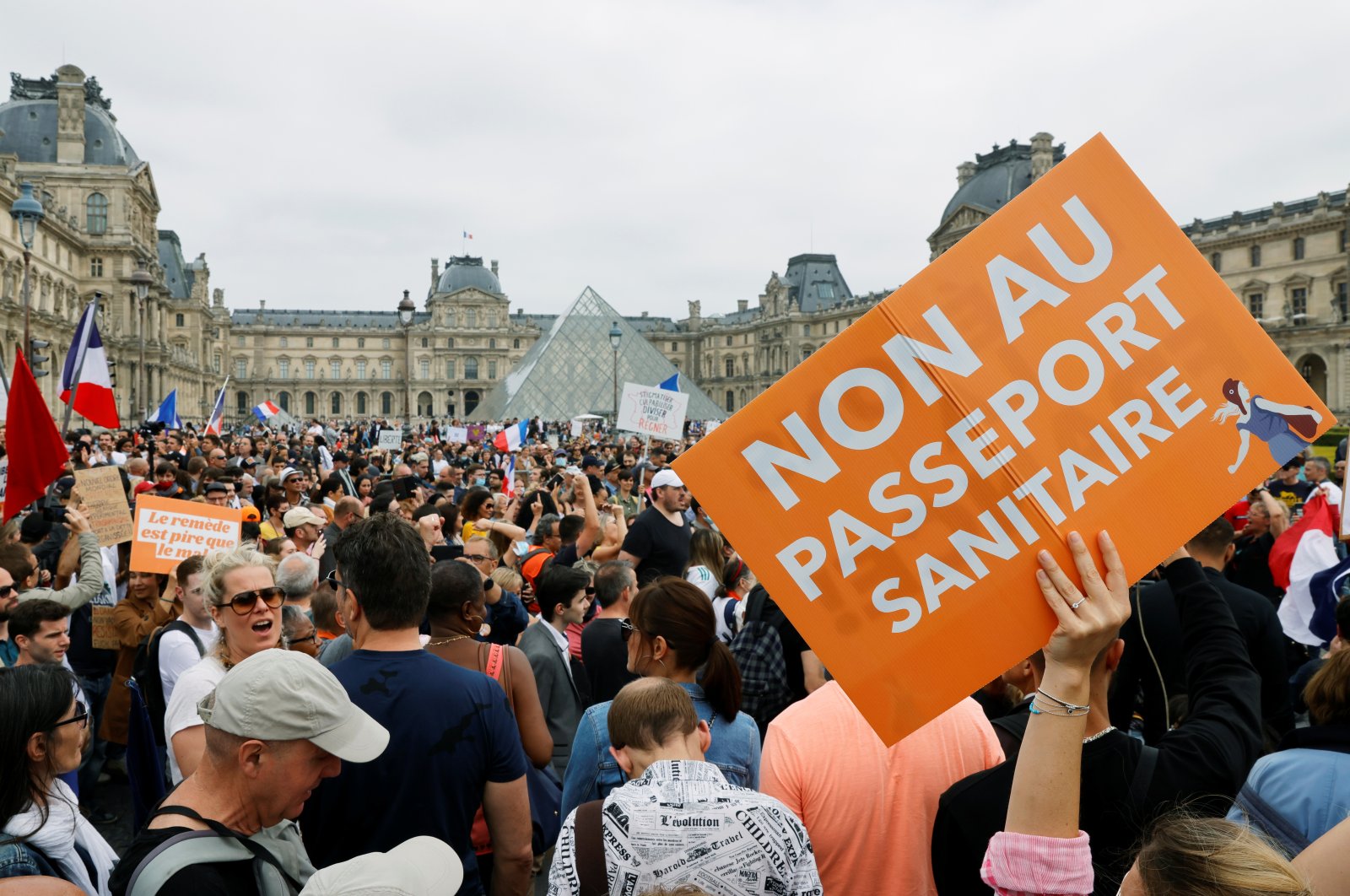 A French lawmaker on Sunday is facing a potential legal inquiry and calls to quit her opposition party after urging people to "lay siege" to MPs who approved tougher COVID-19 vaccination rules introduced by President Emmanuel Macron.

Martine Wonner, a psychiatrist who was ousted from Macron's centrist party last year, has emerged as one of the country's most prominent sceptics of the coronavirus jabs.

At a Paris protest Saturday, Wonner told demonstrators to "Go lay siege to lawmakers, go invade their headquarters, to tell them you do not agree" with the government's plan to start letting only vaccinated people enter cinemas, shopping centres or restaurants.

"We will never accept this dictatorship ... We must refuse this segregation," she said in a speech captured by video and shown widely on TV.

Three colleagues in Wonner's Liberties and Territories group in parliament issued a statement slamming "unacceptable" comments and said Wonner "could no longer be a member."

The head of Macron's parliamentary group, Christophe Castaner, wrote to the National Assembly speaker asking him to seek a prosecutor's inquiry into "inciting hate and rebellion, including with violent acts," according to a letter seen by Agence France-Presse (AFP).

Wonner told AFP on Saturday that "once again my comments are being over-interpreted in an attempt to discredit me."

Around 114,000 people rallied across France on Saturday against the stricter vaccination rules, which will also require shots for health care and retirement home workers.

Hundreds of thousands of people have nonetheless signed up for the jabs after Macron unveiled the plan last week.

Nearly 11,000 new cases were reported in the country Saturday, increasing to levels not seen since May as the more contagious delta variant becomes dominant in several European countries.