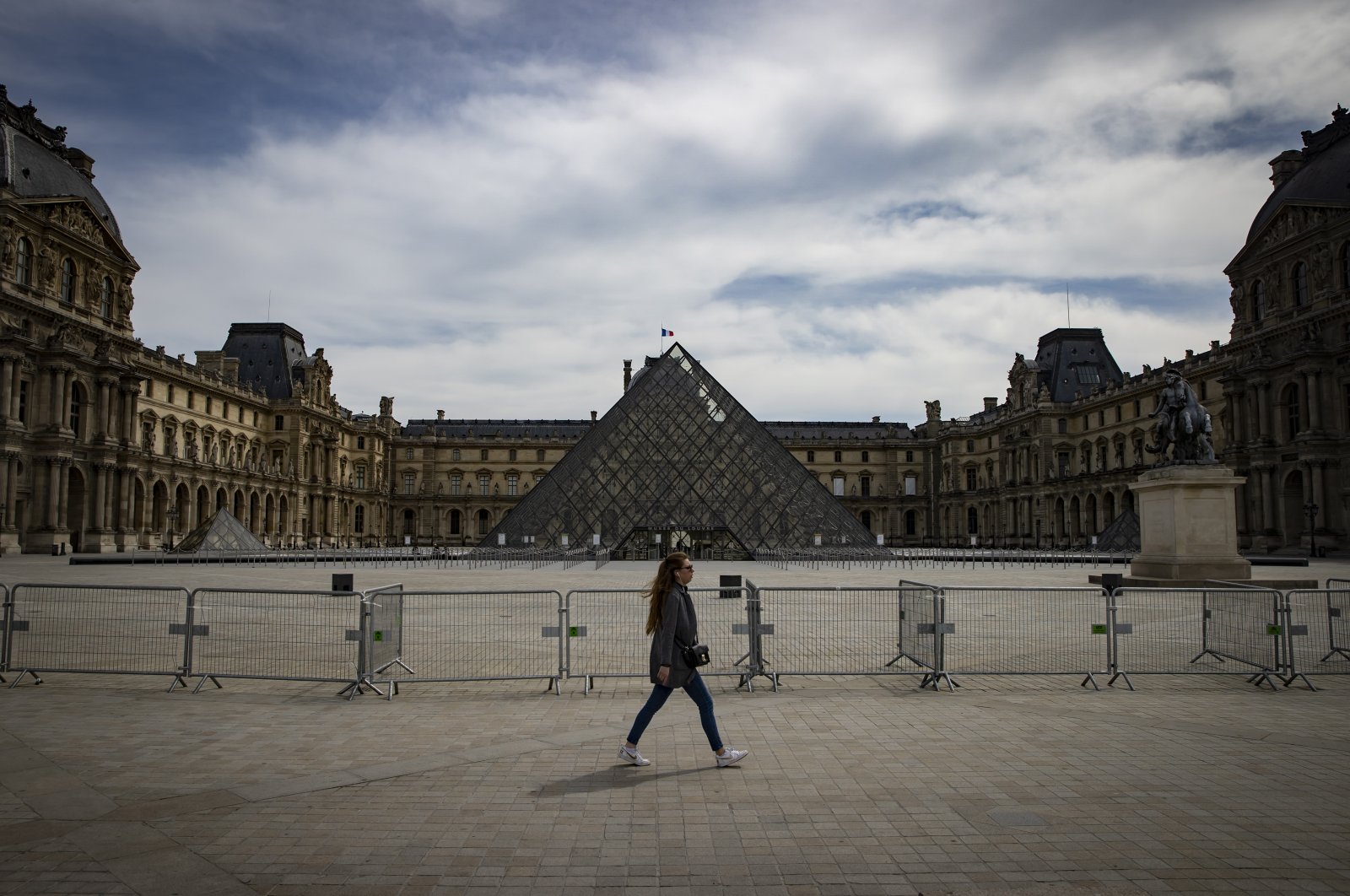 A woman walks past the deserted Louvre in Paris, France, 21 April 2020. France is under lockdown in an attempt to stop the widespread of the SARS-CoV-2 coronavirus causing the Covid-19 disease. (EPA Photo)
by DAILY SABAH WITH AGENCIES Apr 27, 2020 11:34 am
RECOMMENDED

"A video showing a police intervention in the sector of Ile-Saint-Denis has led to legitimate indignation," Castaner wrote on his Twitter account early on Monday.

"All light will be shed on the matter. The IGPN has been alerted. Racism has no place in the Republican police force."

Stringent curbs on public movement ordered by President Emmanuel Macron to tackle the coronavirus outbreak have exacerbated deep-seated social tensions in the low-income, high-rise estates around the French capital.

Last week in the early hours of Monday morning lockdown protesters broke out in the Parisian suburb of Villeneuve-la-Garenne due to indignation at the police's "heavy-handed" treatment against ethnic minorities after Macron extended social distancing rules until May 11 amid the coronavirus outbreak.

After riots have broken out in Villeneuve-la-Garenne, northern Paris, armed police used tear gas and baton charges to stop angry citizens. Protesters have fired fireworks at buildings and into police officers.

French journalist Taha Bouhafs, who has an Algerian background, shared a video on social media that shows him being manhandled by police – leading to allegations of racism.

Videos also showed bins blazing and filling the air with smoke as armed police moved into the area and fired tear gas canisters.

The event happened after a 30-year-old was critically injured in the neighborhood in a collision with an unmarked police car.

Violent clashes broke out last week between youths and police in several areas such as Villeneuve-La-Garenne, Nanterre and Clichy, as well as other parts of the country, such as Roubaix in the north.

France's "banlieues" – high-rise housing estates on the outskirts of major cities – have long been flashpoints of anger over social and economic grievances. In 2005, unrest lasted three weeks after two youths died fleeing police in a northern Paris suburb.