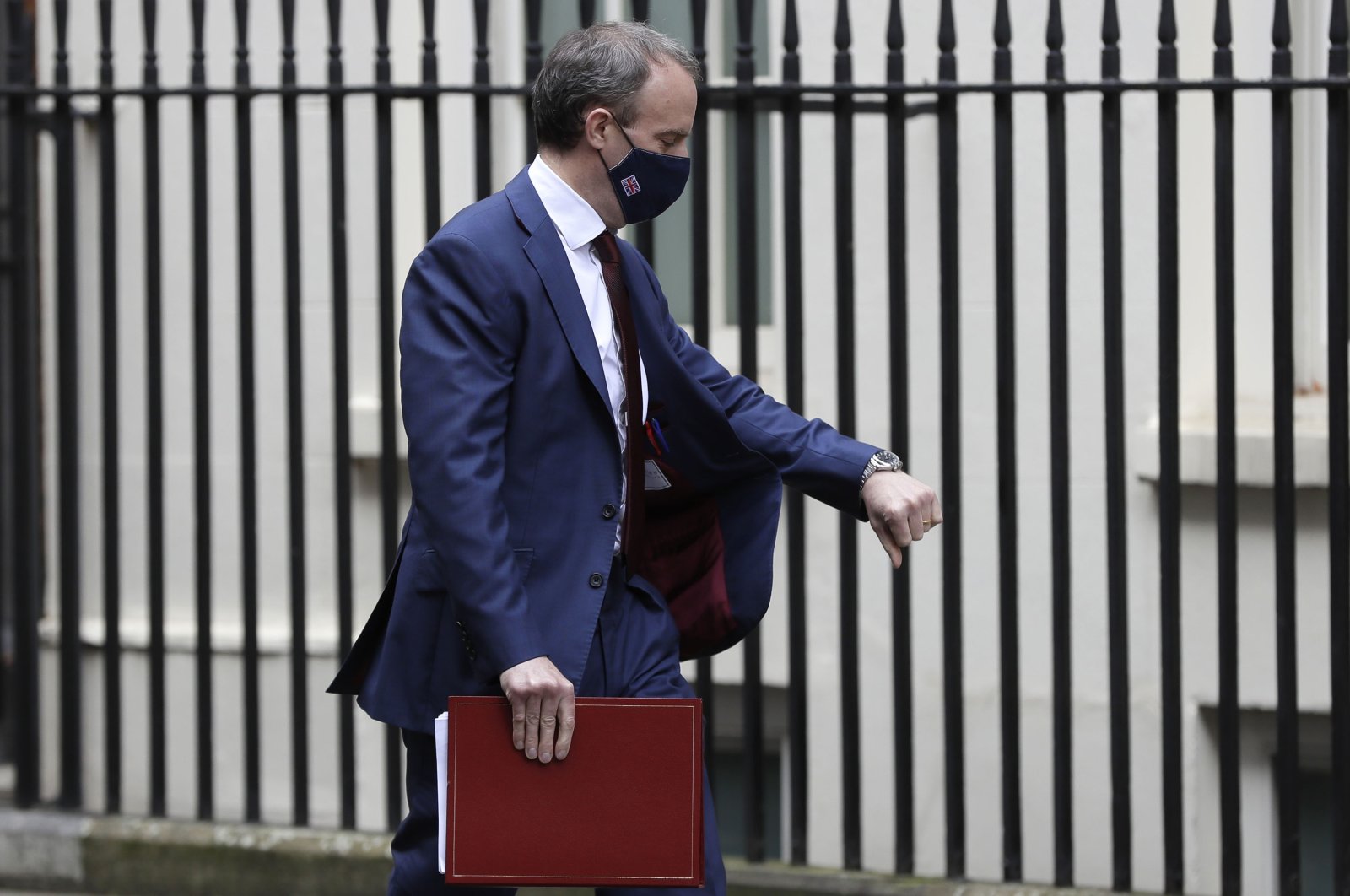 The G-7, a group of seven of the world's richest countries, are to consider a proposal to launch a rapid response mechanism against Russian "propaganda" and disinformation, British Foreign Secretary Dominic Raab told Reuters.

Speaking ahead of a G-7 foreign ministers' meeting in London, the first such in-person meeting for two years, Raab said the United Kingdom was "getting the G-7 to come together with a rapid rebuttal mechanism" to counter Russian misinformation.

"So that when we see these lies and propaganda or fake news being put out there, we can – not just individually, but come together to provide a rebuttal and frankly to provide the truth, for the people of this country but also in Russia or China or around the world," Raab said.

Russia and China are trying to sow mistrust across the West, whether by spreading disinformation in elections or by spreading lies about COVID-19 vaccines, according to British, U.S. and European security officials.

Russia denies it is meddling beyond its borders and says the West is gripped by anti-Russian hysteria. China says the West is a bully and that its leaders have a post-imperial mindset that makes them feel they can act like global policemen.

Britain has identified Russia as the biggest threat to its security, though it views China as its greatest long-term challenge, militarily, economically and technologically.

Raab will meet U.S. Secretary of State Antony Blinken on Monday, kicking off a week of diplomacy aimed at reinvigorating the G-7's role and forming a wider bulwark against those it sees as undermining the rules-based international order.

"The scope for intense global cooperation, international cooperation with our American partners and indeed the wider G-7 that we're convening this week has never been greater," Raab said.

He stressed that meeting in person – something only possible due to measures like daily testing of attendees – would make diplomacy much easier. "You can only do so much by Zoom."

The G-7 members are Britain, the United States, Canada, France, Germany, Italy and Japan and their combined gross domestic product is about $40 trillion – a little less than half of the global economy.

British and U.S. officials have expressed concern in recent months about growing strategic cooperation between Russia, the world's largest country by territory, and China, the world's fastest-growing major economy.

Asked about the concerns, Raab said, "What matters to us most is that we broaden the international caucus of like-minded countries that stand up for open societies, human rights and democracy, that stand for open trade."

He said many of those allies want "to know how this pandemic started." The coronavirus outbreak, which began in China in late 2019, has killed 3.2 million people and cost the world trillions of dollars in lost output.

Raab said some of the barriers between the G-7 and other like-minded countries needed to be broken down so that there could be a broader network of allies that stood up for open markets and democracy.

Britain has invited India, Australia and South Korea to attend this week's meeting, running from Monday to Wednesday, and the full leaders' summit in June.

Asked whether Britain could seek to join a separate grouping known as the Quad – the United States, Japan, Australia and India – Raab said there was no concrete proposal as yet, but Britain was looking at ways to engage more in the Indo-Pacific.