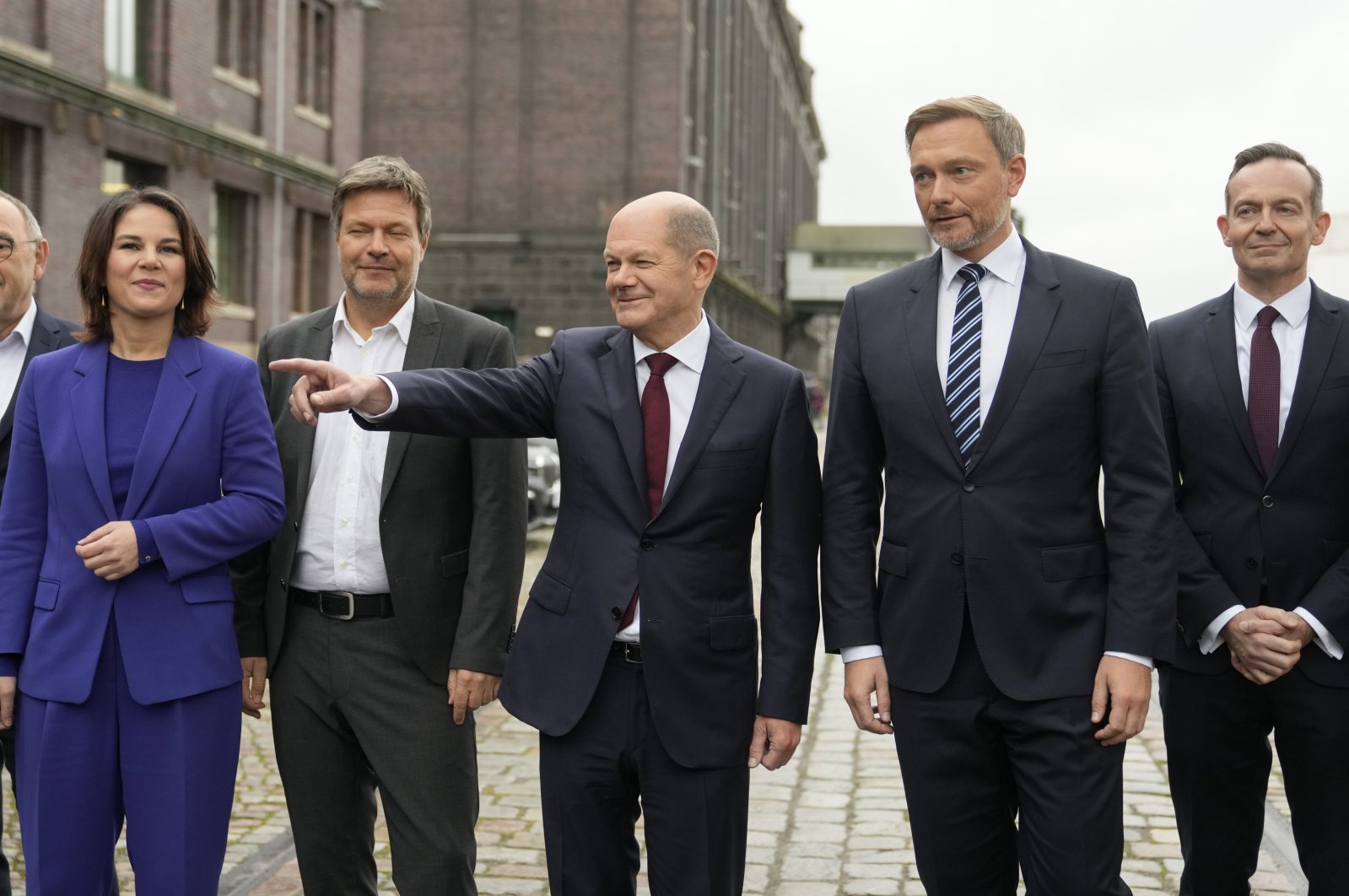 The three parties in negotiations to form Germany's next government finalized and presented their coalition agreement Wednesday, paving the way for center-left leader Olaf Scholz to replace the country's longtime chancellor in the coming weeks, bringing the curtain down on the Angela Merkel era.

The center-left Social Democratic Party (SPD) has been negotiating with the environmentalist Greens and the pro-business Free Democrats (FDP) since narrowly winning a national election on Sept. 26.

If party members sign off on it, the three-way alliance – which has never yet been tried in a national government – will replace the current "grand coalition” of the country's traditional big parties. The Social Democrats have served as the junior partner to Merkel’s center-right Christian Democrats (CDU).

The deal will install Germany's first three-way federal coalition government since the 1950s and end 16 years of Merkel-led conservative government, marking a new era for relations with Europe and the rest of the world.

According to a coalition deal seen by Reuters, Germany will remain part of NATO's nuclear sharing agreement under the new government.

"We want Germany ... to fulfill its commitments to NATO," the document said. "As long as nuclear weapons play a role in NATO's strategic concept, Germany has an interest in participating in strategic discussions and planning processes," it added.

Germany's SPD, Greens and FDP have also agreed to increase rail freight transport by 25% and to have at least 15 million electric cars on the roads by 2030 in their shift towards a more climate friendly policy.

Under a coalition contract they presented on Wednesday, the three parties plan to phase out coal by 2030, eight years earlier than previously stated. They are aiming to "bring forward the coal phase-out to 2030 ideally and leave combustion engine technology behind," the document said, adding they would also seek carbon neutrality by 2045.

The parties also agreed to push for a European air travel surcharge like the one that is already in place in Germany, the document said.

The coalition pact seen by Agence France-Presse (AFP) showed that FDP will run the finance ministry in the incoming government, while the Greens take the foreign ministry and a new ministry for climate policy and the economy.

"The Greens will lead the following ministries: foreign affairs and economy and climate protection" as well as family affairs, environment and agriculture, said the pact. "The FDP will lead finance, justice, transport and digital issues and education and research."

The new center-left coalition set to take power in Germany also plans to legalize the use of armed drones. The move is supposed to protect soldiers deployed abroad. The deal also foresees multiple citizenship and aims to simplify the process of acquiring German nationality.

According to media reports, Greens, FDP and SPD have agreed they want to strengthen and deepen Europe's economic and currency union. Separately, the European Council should be reformed to act in a more united and effective manner, the parties wrote in the deal.

The alliance – named a traffic light coalition after the three parties' respective colors – has a majority in the lower house of parliament and hopes the government will be sworn in early next month after the parties ratify the coalition pact.

Merkel, who didn't run for a fifth term, is expected to be succeeded by Scholz, 63, who has been her finance minister and vice chancellor since 2018.

The three would-be governing parties have said they hope parliament will elect Scholz as chancellor in the week beginning Dec. 6. Before that can happen, the coalition deal requires approval from a ballot of the Greens’ membership and from conventions of the other two parties.

News of the deal came as Merkel led what was likely to be her last Cabinet meeting. Scholz presented the 67-year-old, who has led Germany since 2005, with a bouquet of flowers.

The negotiations over the three-way alliance were relatively harmonious and speedy compared to previous coalition talks. But the political transition, with Merkel as a lame-duck caretaker, has hampered Germany's response to the latest rise in coronavirus cases.

The alliance is a potentially uneasy mixture because it brings together two traditionally left-leaning parties with one, FDP, that has tended to ally with the center-right.

A preliminary agreement last month indicated that Germany would bring forward its deadline for ending the use of coal-fueled power from 2038 to 2030, while expanding the rollout of renewable energy generation.

At FDP’s insistence, the prospective partners said they won’t raise taxes or loosen curbs on running up debt, making financing a central issue.

Some political analysts fear the parties will struggle to bridge ideological divides, which could in turn paralyze the 27-nation EU, in which Germany is a driving force. The parties have so far defied predictions that their coalition talks could last into next year or fail after an inconclusive election in September.

While the Greens and SPD are widely seen as natural center-left partners, the fiscally hawkish FDP have historically been closer to Germany's conservatives.

Merkel's CDU is currently preoccupied with a leadership contest over who will become their next leader and revive the party's fortunes after it suffered its worst-ever election result.