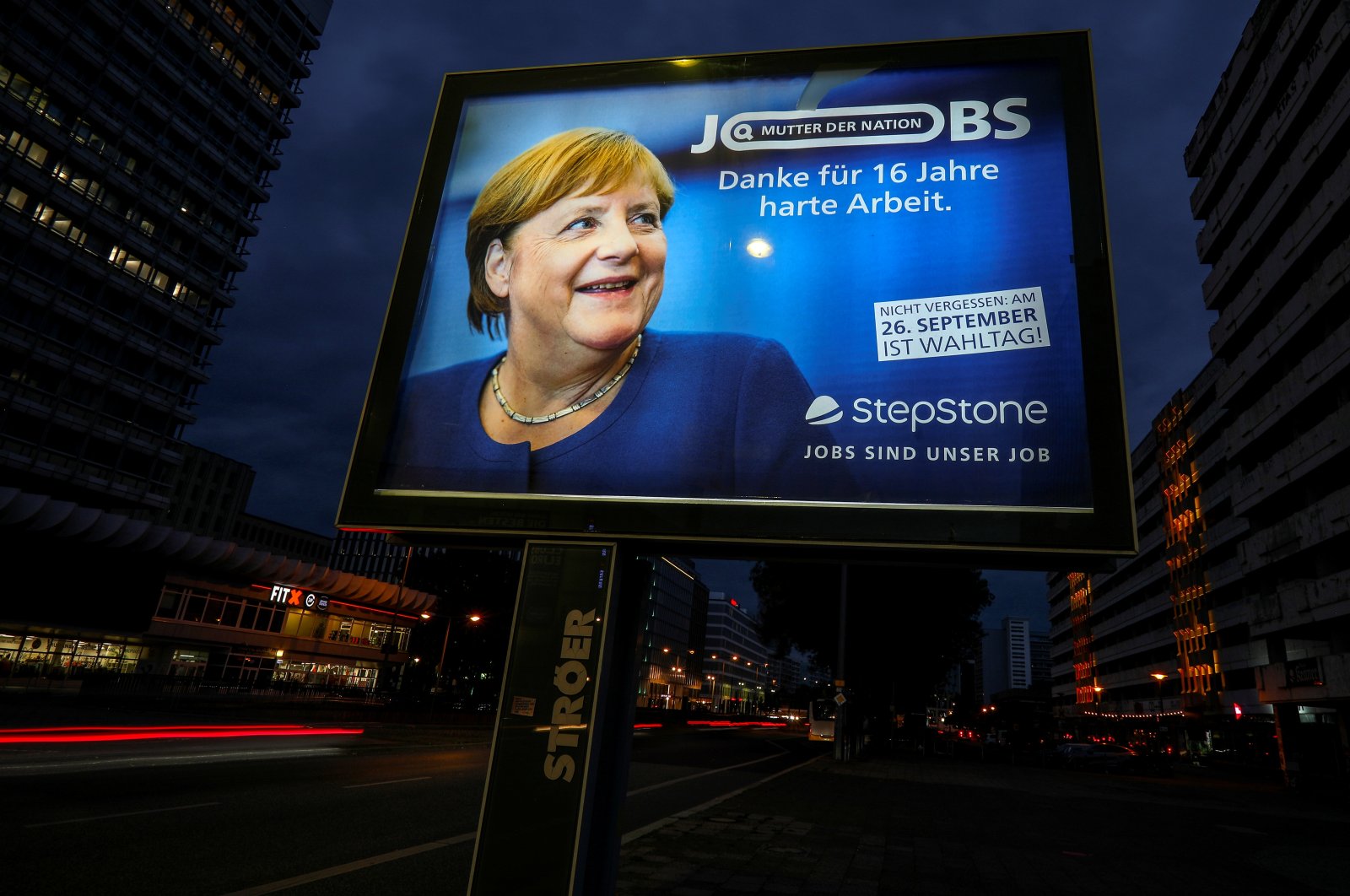 Germany's political parties prepared to rally their supporters and win over undecided voters, two days before a national election that will determine who succeeds Chancellor Angela Merkel after 16 years in power

With two days to go until Germany's elections, the whole country and the world prepare to witness an exchange of power as Angela Merkel leaves the helm of Europe's largest economy after 16 years. The outgoing chancellor has definitely touched the lives of every German. Though she isn't rushing out the door just yet, Germans will have their say on Sunday on who will sit in the lower house of parliament, or Bundestag, which will then elect the chancellor.

German citizens aged 18 and above are entitled to vote and to be elected. About 60.4 million people in the nation of 83 million are eligible to vote, about 2.8 million of them for the first time. Polls open from 8 a.m. to 6 p.m. (6 a.m. GMT to 4 p.m. GMT) Sunday. Postal voting is open for several weeks before the election and must arrive by the time polls close on election day. All the votes should be counted by Monday morning.

The Bundestag is elected for a four-year term. Every voter gets two votes: one for a directly elected candidate, and the other for a party list. Each of the country’s 299 constituencies directly elects a lawmaker by a simple majority. At least 299 further seats go to candidates elected on party lists. That vote is critical because it determines the percentage of seats each party wins. If a party wins more seats via the direct vote than it would get under the party vote, it keeps the extra seats – but the system also adds seats for other parties to ensure the proportional vote is reflected accurately.

As Germany’s traditional big parties have continued to dominate the direct vote, even as their overall support has shrunk, it can result in the Bundestag having many more lawmakers than the minimum 598; the outgoing lower house had a record 709. A slight tweak this time to reduce the number of extra seats isn’t expected to prevent it getting even bigger. To share in the division of seats, a party must win 5% of the party-list vote or have at least three directly elected lawmakers.

There are 47 parties running in the election, but few have realistic hopes of crossing the 5% threshold. The biggest group in the outgoing parliament was the center-right Union bloc, made up of Merkel’s Christian Democratic Union (CDU) and its Bavaria-only sister party, the Christian Social Union (CSU). The center-left Social Democrats (SPD), the other traditional big party, were the second-largest.

Also represented were the far-right Alternative for Germany (AfD), which entered the Bundestag for the first time in 2017, the pro-business Free Democrats (FDP), the hard-left Left Party and the environmentalist Greens.

Germany’s electoral system produces coalition governments. Polls suggest that no one party will come anywhere remotely near a parliamentary majority this time. The country has no tradition of minority governments. Three parties have fielded candidates to be chancellor: Armin Laschet for the CDU, Olaf Scholz for the SPD, and Annalena Baerbock for the Greens, who is making her party’s first bid for the top job.

The election results will show what coalitions are mathematically possible, then party leaders will discuss what is politically possible. The party that finishes first typically has an advantage, but could end up in opposition if others put together a coalition without it. One thing is pretty much certain: AfD won’t be part of the next government. All other parties say they won’t work with it.

The process can take weeks or months, and recent polls suggest that it’s likely to be complicated this time. Negotiations typically produce a detailed coalition agreement, which needs approval in votes by party congresses or even a ballot of one or more parties’ entire membership. Once a coalition is ready, Germany’s president nominates to the Bundestag a candidate for chancellor, who needs a majority of all members to be elected. That person typically is, but doesn’t have to be, a member of parliament. Until a new government is in place, the old one stays on in a caretaker capacity.

The outgoing coalition of Merkel’s CDU/CSU with the Social Democrats holds the record for the time taken to form a government, after an attempt to form an alternative alliance collapsed. The Bundestag elected Merkel for her fourth term on March 14, 2018 – nearly six months after German voters had their say on Sept. 24, 2017. If two attempts to elect a chancellor with a majority fail, the constitution allows for the president to appoint the candidate who wins the most votes in a third vote as chancellor or to dissolve the Bundestag and hold a new national election. That has never yet happened.

Ahead of the German elections Sunday, the polls suggested that an alliance of SPD, the Greens and the left Die Linke – known as "red-green-red" or R2G – could gain a stable governing majority. The possible alliance has been highlighted by CDU for weeks in efforts to portray voting for the current leader as chancellor, Finance Minister Scholz, is tantamount to a radical left.

Meanwhile, Laschet as its candidate for the chancellorship, has made small gains in the polls in recent weeks. But it remains narrowly behind pragmatic Scholz, the leader of the center-left SPD. The Greens, who are putting forward their own candidate for chancellor for the first time, are trailing in third place, but could play kingmakers when it comes to forming a government. Experts say one of the reasons why this year's German election is closer and less predictable than usual is that the candidates are relative unknowns to most voters.

According to public broadcaster ZDF, CDU/CSU gained one point to reach 23%, while Scholz’s SPD maintained their lead with 25%, unchanged from last week. Baerbock’s environmentalist Greens were polled at 16.5%, with a rise of 0.5 points. A representative poll carried out by Forschungsgruppe Wahlen put support for the liberal FDP at 11%, while the far-right AfD was 10%, down by 1%. The anti-capitalist Left Party was polled at 6% in the same survey, according to Anadolu Agency (AA).

"It’s certainly not the most boring election,” said Hendrik Traeger, a political scientist at the University of Leipzig. "There were those in which Angela Merkel stood as the incumbent and it was simply a question of who she would govern with," he added.

This time, Merkel's party has struggled to energize its traditional base, which has so far failed to warm to Laschet, the governor of North Rhine-Westphalia state.

"The key question is whether these voters will overcome the Laschet hurdle and vote for the Union despite Laschet,” said Peter Matuschek of the polling company Forsa. "Or will they abstain from the vote or even choose another party,” according to remarks carried by The Associated Press (AP).

The Union bloc will hold its last big rally in Munich, while the Social Democrats are holding an event in the western city of Cologne. The Greens will stage their rally in nearby Duesseldorf.

Climate change has been cited as the most important issue by many in this election. Youth groups plan to stage a large protest outside the chancellery Friday to demand tougher action on climate change. The economy and the fallout from the coronavirus pandemic have also played an important role during the campaign. Foreign policy — largely absent from the campaign — became an issue during the final television debate Thursday, with the Greens calling for a tougher stance on China.