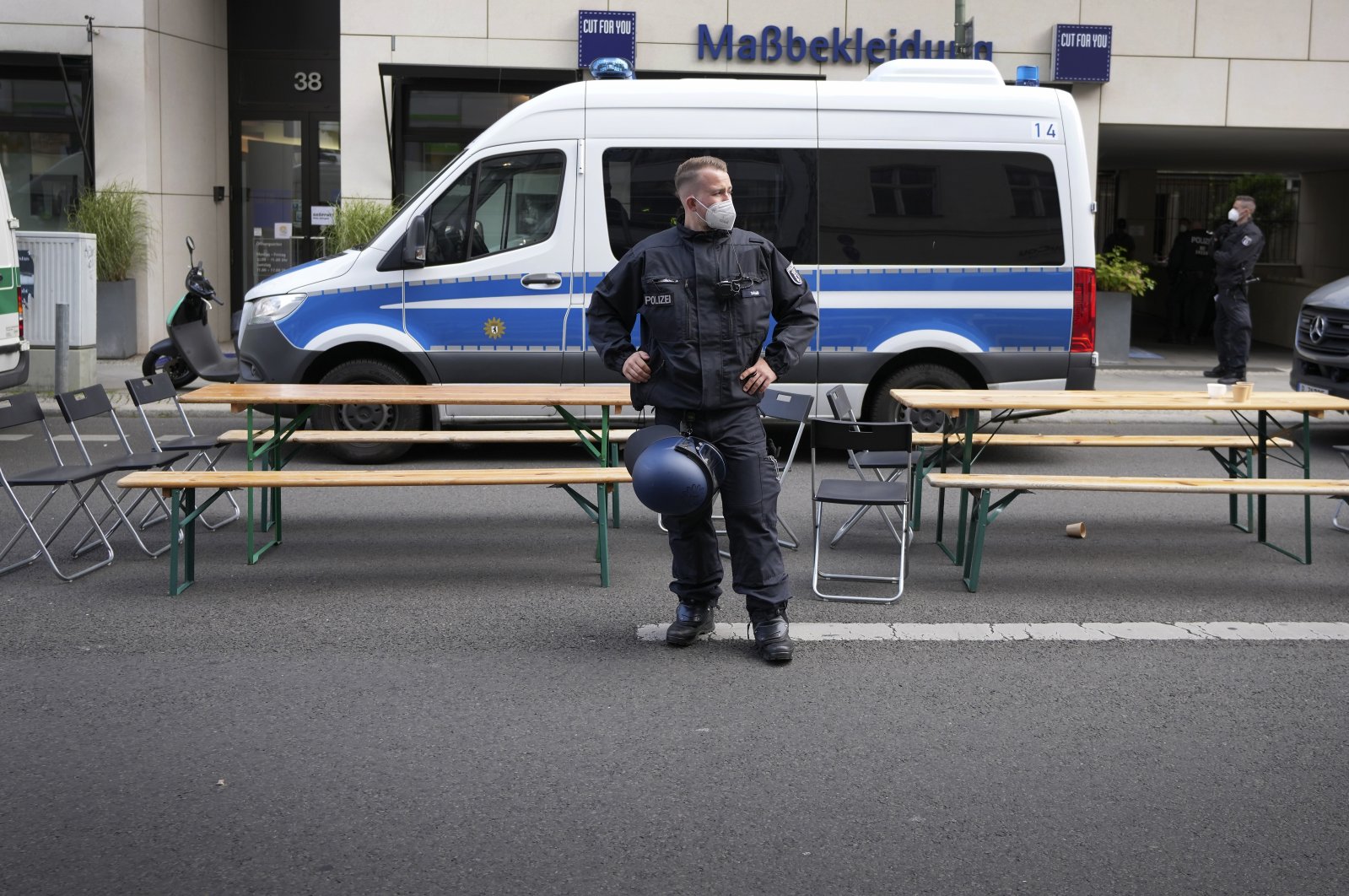 A member of the police forces stands in front of benches, chairs and tables, set up by the police, in a road next to a protest rally of the 'Extinction Rebellion' movement in front of the 'House Of The Economic Council' (the business association of the German Christian Democratic Union, CDU) in Berlin, Germany, Wednesday, Aug. 18, 2021. (AP File Photo)
by Reuters Sep 15, 2021 11:04 pm

Police in Germany said they had received information about a possible threat to a Jewish institution in the western German town of Hagen and had put appropriate measures in place to deal with it.

Police gave no further details about the threat or their response, but local media reported that large numbers of armed police were at the town's synagogue on Thursday evening, which coincides with the Jewish festival of Yom Kippur, when observant Jews hold overnight vigils in synagogues.

"We have information about a possible threat related to a Jewish institution in Hagen," Dortmund police said on Twitter. "Protection measures have been taken in response. We are in close contact with the Jewish community."