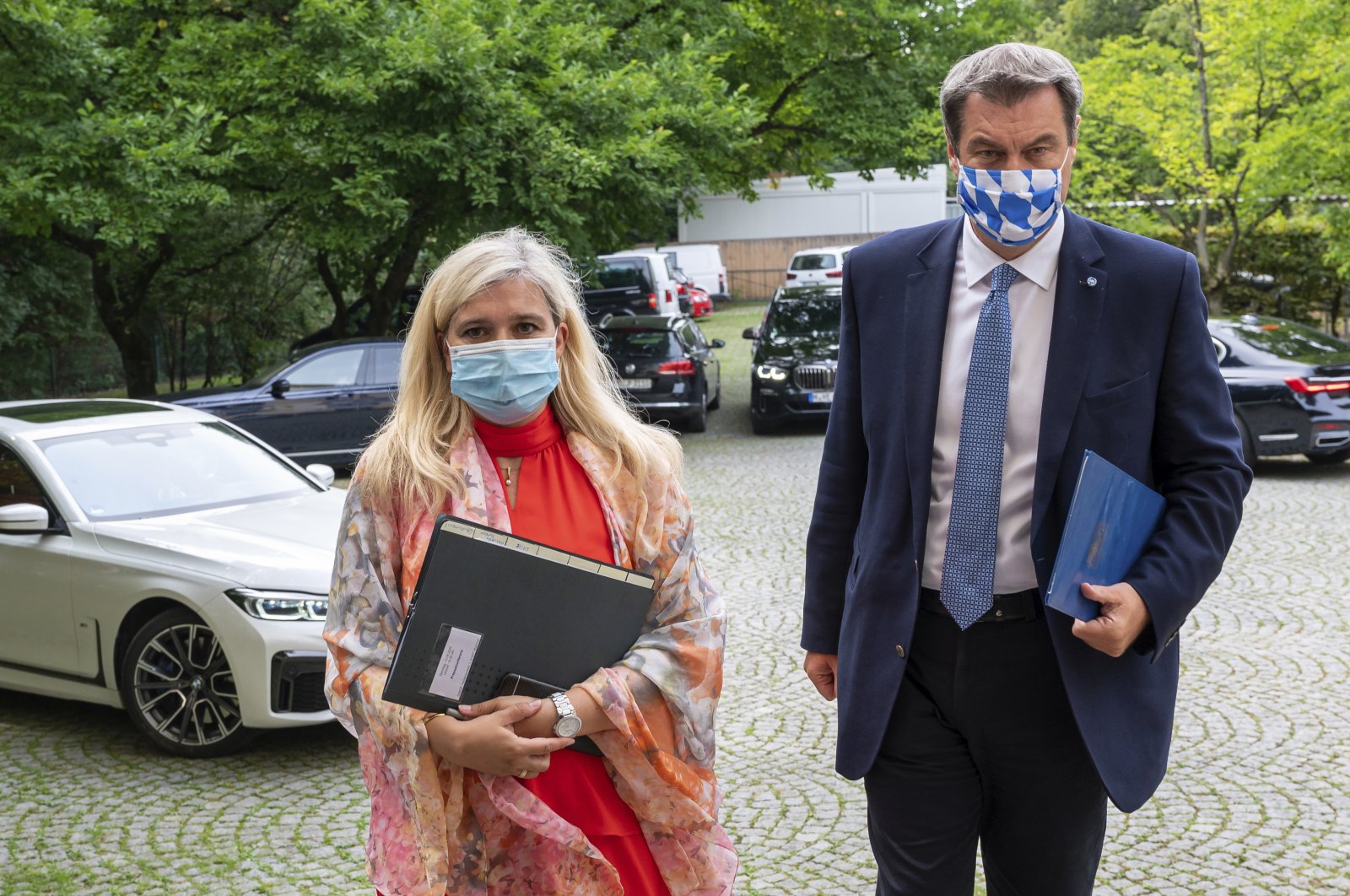 The premier of Germany's southern state of Bavaria Markus Soeder admitted to a "big blunder" Thursday after it emerged that tens of thousands of people did not receive the results of their coronavirus test after returning to the country from abroad.

"A blunder happened and a very big blunder at that," Soeder told reporters in Munich, the Bavarian capital, alongside state health minister Melanie Huml. Soeder said Huml had twice offered to resign over the scandal, but he said, "I continue to trust in her."

On Wednesday, it emerged that 44,000 people had not received the results of coronavirus testing carried out on Bavarian motorways at the German border.

Around 1,000 were found to be positive, Huml said on Thursday, revising up a previous estimate of 900, and fuelling concerns that those individuals could have gone on to spread the virus in their communities.

The minister said 908 people whose test came back positive had been identified and would be informed in the coming hours.

The blunder occurred because people had filled out the forms required incorrectly, or illegibly, she said.

Often, the paperwork filled out by those being tested only listed a telephone number, meaning it is unclear where people live and where they went on holiday, Huml said.

Bavaria is offering free testing to people returning from holidays, irrespective of whether they live in that state or in other parts of Germany.

The two lawmakers used the press conference as a chance to warn people of the seriousness of the virus. The number of high-risk areas in Europe is growing, Soeder said, noting that the situation resembled that at the start of the outbreak in March.

The testing mishap comes as the daily rise in cases nationwide jumps to a level not seen since early May.

At the peak of the outbreak in early April, the daily rise in cases reached over 6,000.

Now, more and more young people are among those found to be infected in the latest wave of cases. The average age of those testing positive over the past week is 34.

This is down from 50, the average age early in the pandemic, and the youngest average age so far, Health Minister Jens Spahn told television channel ZDF.

This means the course the illness takes is likely to be less severe, Spahn said, but warned nonetheless that people should take great care.

"This still means to be very, very vigilant with each other, because too often there can be severe cases and even deaths – if we are not careful, in the family, in our circle of friends, at work," he said, adding that younger people can also infect older people.

His warning was echoed by another official Thursday. Ralph Spiegler, the president of the German association of towns and municipalities, said he was observing a certain laxness and that "we cannot afford a second lockdown."

He called for tougher measures on those failing to follow health regulations such as mask-wearing and social distancing.

Meanwhile, senior politicians discussed the virus and the return to schools at an "informal exchange" attended by Chancellor Angela Merkel, the co-chair of the Social Democrats Saskia Esken, Education Minister Anja Karliczek and other state ministers on Thursday afternoon.