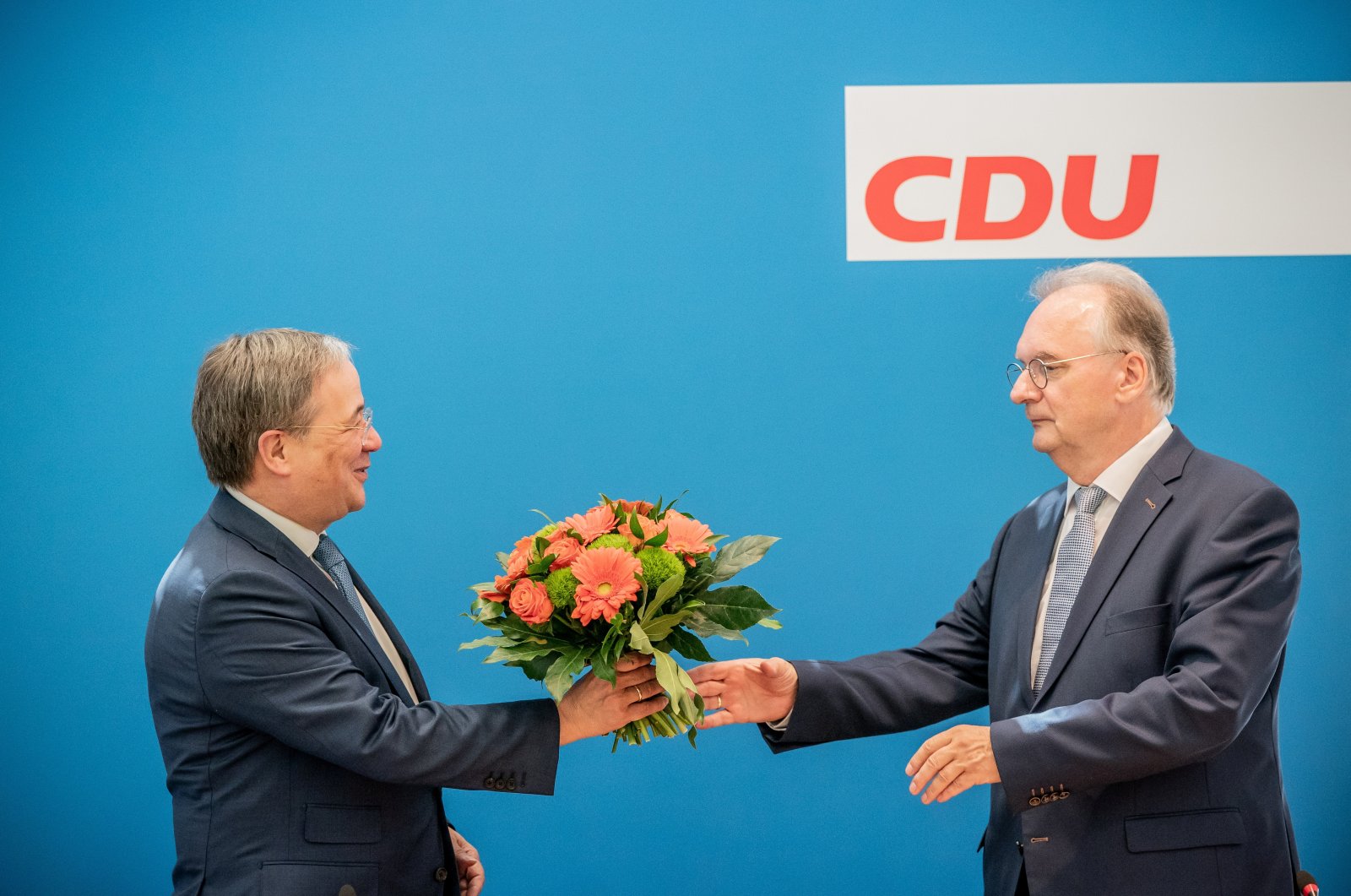 Chancellor Angela Merkel's center-right bloc gained momentum Monday for the September election that will choose Germany's next leader after a larger-than-expected win in the last regional ballot before the nation votes.

But the victory in a sparsely populated eastern state where it faced a challenge from the far-right was mostly a triumph for the popular state governor.

Merkel’s Christian Democratic Union (CDU) won Sunday’s election in Saxony-Anhalt with 37.1% of the vote, well ahead of the far-right Alternative for Germany, or AfD, with 20.8%. Pre-election polls had pointed to a much narrower outcome.

Elections in Germany’s 16 states are often influenced by local issues, yet they are also seen as important bellwethers for the national mood.

The success in Saxony-Anhalt, which has 2.2 million people, gives CDU leader Armin Laschet – the party’s candidate to succeed four-term chancellor Merkel in the national vote – a reason to celebrate after a bumpy start that included two defeats in state votes in March.

"Of course this gives the federal party tailwind,” Laschet told reporters after a meeting of CDU leaders. "It shows that it isn't moods and polls that decide elections, but voters.”

Sunday’s results were disappointing for the other two parties competing for the chancellery in the Sept. 26 national election. The center-left Social Democrats took 8.4% of the vote, dropping into single digits for the first time in Saxony-Anhalt.

The environmentalist Greens scored 5.9%, making only minimal gains despite their current strong showing in national polls. Both pointed to the role played by Saxony-Anhalt's popular governor, Reiner Haseloff, who appeared to have won over centrist voters worried about a possible AfD win.

Laschet acknowledged that Haseloff "and no one else” won the election. Haseloff and Laschet have both insisted there can be no coalition or cooperation with the far-right party, which has fed in recent years on anger over Merkel's welcome for a large number of migrants in 2015 and in recent months has championed opposition to coronavirus restrictions.

"The CDU is the bulwark against extremism,” Laschet declared Monday. "The election shows that our clear line against AfD is not just right but people support it, and we will pursue this centrist course."

His comments reflect the fact that while the AfD is strong in Germany's formerly communist east, Laschet's bigger challenge nationwide is keeping at bay the Greens and holding onto centrist voters. Recent national polls have shown the environmentalist party roughly level with the Union bloc, which Laschet's CDU dominates. Some conservatives celebrated what they saw as the Greens being cut down to size in Saxony-Anhalt.

"Since yesterday, it is definitely not the case that the Greens will carry on rising without any problems,” said Markus Soeder, who in April challenged Laschet for the candidacy to succeed Merkel. "Now we can see that the Greens' high flight has clearly been stopped.”

Green leaders acknowledged that they would have liked to do better in Saxony-Anhalt, although they are not traditionally strong there. The party's base is mainly in western Germany and urban areas.

"We must really work on making clear that we are a party that is at home in cities and in the countryside" in Germany's east, parliamentary group leader Katrin Goering-Eckardt told RBB Inforadio.