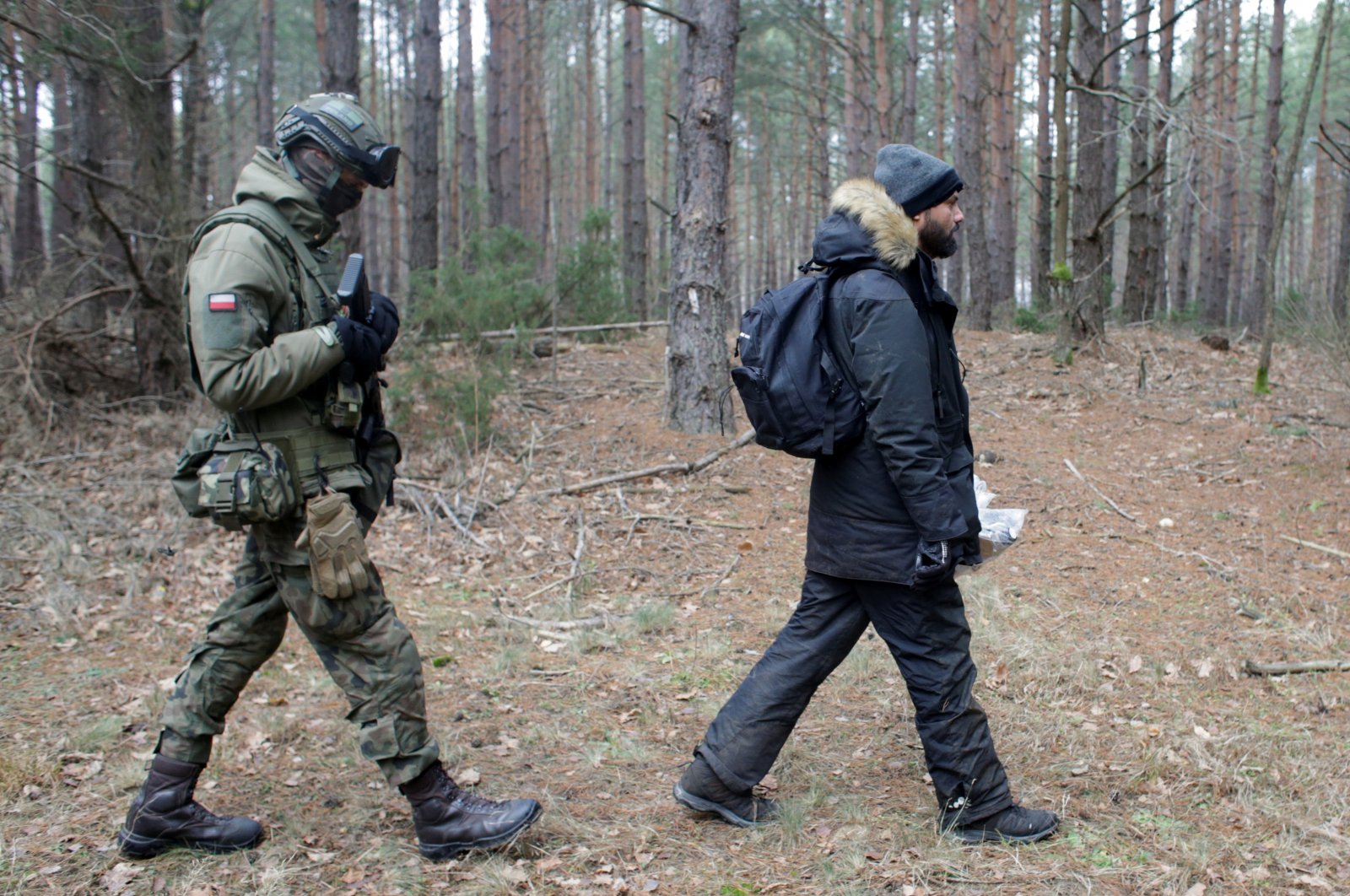 A soldier walks behind Iraqi migrant Salih Remitdh, 41, from Basra, who asked the border guards for international protection after being found in the woods by volunteers, close to the Milejczyce village, Poland, Nov. 26, 2021. (Reuters Photo)
by German Press Agency - DPA Nov 27, 2021 1:06 pm

Germans are divided on whether the country should take in the migrants massed at the border between Belarus and the European Union.

Thousands of migrants are stranded on the European Union's eastern frontier, in what the EU says is a crisis Minsk engineered by distributing Belarusian visas in the Middle East, flying them in and pushing them across the border, an accusation Belarus denies.

Poland has been pushing back those trying to cross from Belarus. Some who have made it through are being kept in detention centers such as the one in Wedrzyn, where they await a decision on whether they will be allowed to stay in Poland.

Many of those now stuck between Belarus and Poland are from Iraq, Yemen, Syria, Afghanistan or Iran. Many of them hope to reach Germany.

The number of illegal migrant entries to Germany from Poland has also risen sharply since the summer.

Meanwhile, a humanitarian crisis is quickly developing on the border as those in informal encampments are being exposed to plummeting temperatures.

According to a YouGov survey, some 45% of Germans oppose taking in some of the migrants while their asylum claims are processed, while only 9% of respondents were in favor of allowing the migrants to apply for asylum in Germany.

YouGov surveyed 2,167 people online between Nov. 19-23. The results have been weighted to make them representative of Germany's adult population.