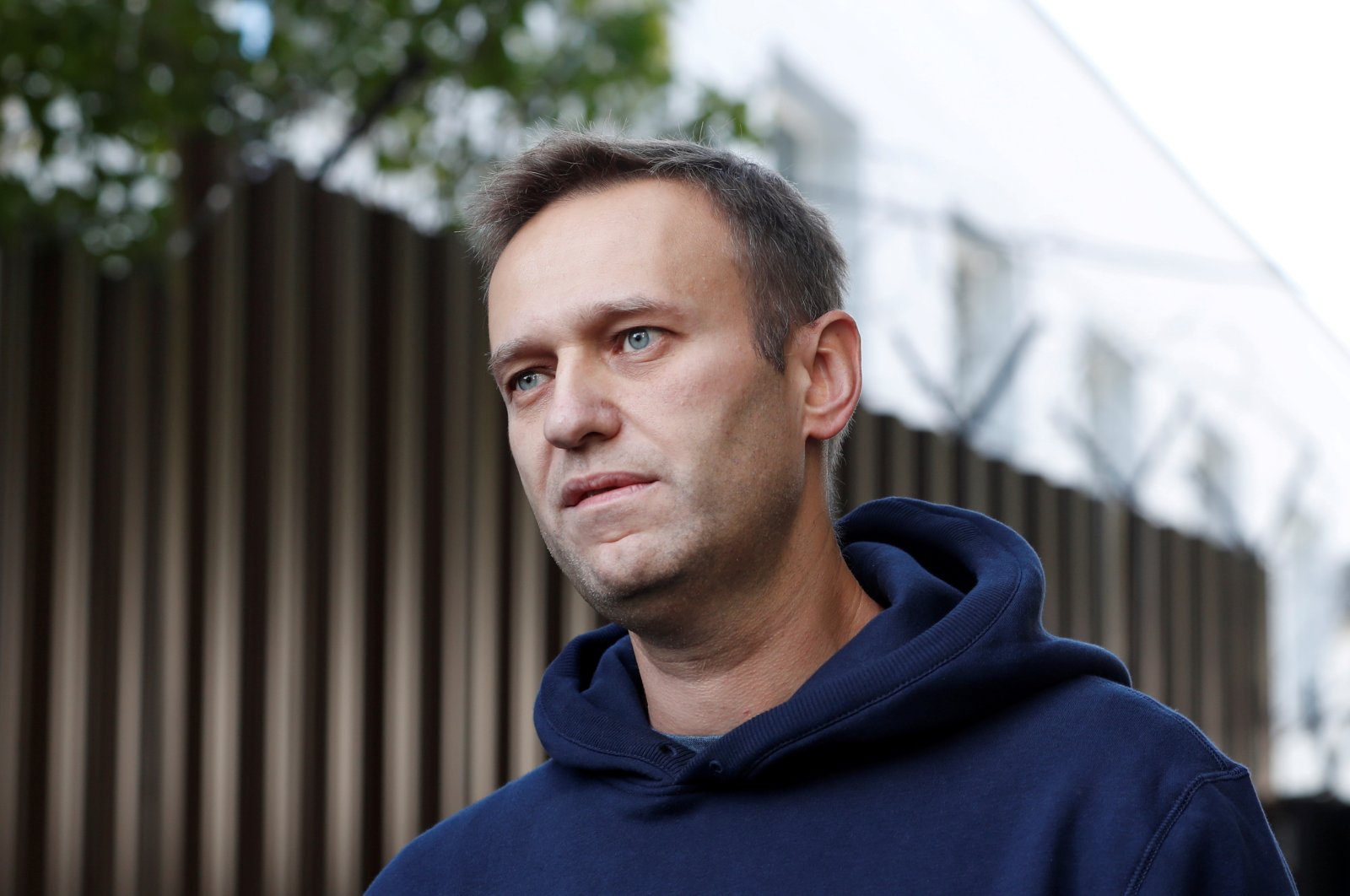 Berlin's Justice Ministry has approved a request from Moscow for legal assistance in the investigation of the poisoning of opposition leader Alexei Navalny and has tasked state prosecutors with working with Russian authorities, officials said Friday.

Berlin state prosecutors said in a tweet that their office had been commissioned to provide legal assistance to Russia and information on Navalny's state of health, "subject to his consent.”

The office said it would provide no further information on the request at this time.

Navalny, the most visible opponent of Russian President Vladimir Putin, was flown to Germany two days after falling ill on Aug. 20 on a domestic flight in Russia. German chemical weapons experts have determined that the 44-year-old was poisoned with a Soviet-era nerve agent, prompting Berlin to demand that Russia investigate the case.

He was kept in an induced coma for more than a week as he was treated with an antidote before hospital officials said Monday his condition had improved enough for him to be brought out of it.

The hospital had no comment Friday on his condition, but doctors have not ruled out long-term effects of the poisoning.

The Kremlin has bristled at calls from Chancellor Angela Merkel and other world leaders for Russia has to answer questions in the case, denying any official involvement and accusing the West of trying to smear Moscow.

Russian authorities have prodded Germany to share the evidence that led them to conclude "without doubt” that Navalny was poisoned with a military nerve agent from the Novichok group, the same class of Soviet-era agent that British authorities said was used on former Russian spy Sergei Skripal and his daughter in Salisbury, England, in 2018.

"It’s in the best interests of our German colleagues to protect their reputations after all and to provide all necessary information that could shed at least some light on their accusations, which have been absolutely unsubstantiated so far,” Russian Foreign Minister Sergey Lavrov said Friday.

Putin spokesman Dmitry Peskov said that Russian investigators have launched a preliminary inquest into the Navalny case, but insisted that it's essential for Russia to see the proof of Navalny's poisoning to launch a full-fledged criminal inquiry.

Germany’s Defense Ministry has said the data about Navalny has already been provided to the Hague-based Organization for the Prohibition of Chemical Weapons (OPCW), of which Russia is a member.

Merkel's spokesman, Steffen Seibert, said Friday the agency was best equipped to handle an issue that was "not a bilateral German-Russian problem."

"This is about a crime that took place in Russia with a chemical nerve agent that is internationally prohibited – the OPCW is the logical point of contact,” he told reporters.

On Wednesday, the Russian Foreign Ministry invited German Ambassador Geza Andreas von Geyr to reaffirm Moscow’s demand for Germany to provide Russian authorities with the medical data, including biological materials, the results of samples and tests to allow Russian experts to study and check them. Russian doctors previously said they had found no sign of Navalny’s poisoning.

The move to task Berlin prosecutors to work with Russian investigators came a week after Russia's request for assistance was received by the Berlin state Justice Ministry.

Separately, Seibert denied reports that Germany had received a Russian request for permission to send investigators to interview Navalny.

German weekly Der Spiegel reported Friday that the poison used on Navalny appeared to be a previously unknown compound from the Novichok group. It reported that Bruno Kahl, the head of Germany's foreign intelligence agency, told a confidential meeting of officials that the substance was "stronger” than previously known forms of Novichok.

Lawmakers from all parties except the far-right Alternative for Germany, which has close ties to Moscow, on Friday condemned the attack on Navalny during an urgent parliamentary debate on the case.

Juergen Hardt, a senior lawmaker and foreign policy spokesman for Merkel's party, called it the "regrettable pinnacle of a series of about 20 important opposition politicians or journalists who were slain, shot or poisoned in Putin's Russia.”

"There's been no sufficient investigation in any of the cases,” he said. "On the contrary, in the great majority of cases we have clear evidence that the murders took place at least in connection with state authorities. And we are sure about this in the Navalny case when it comes to the use of Novichok.”