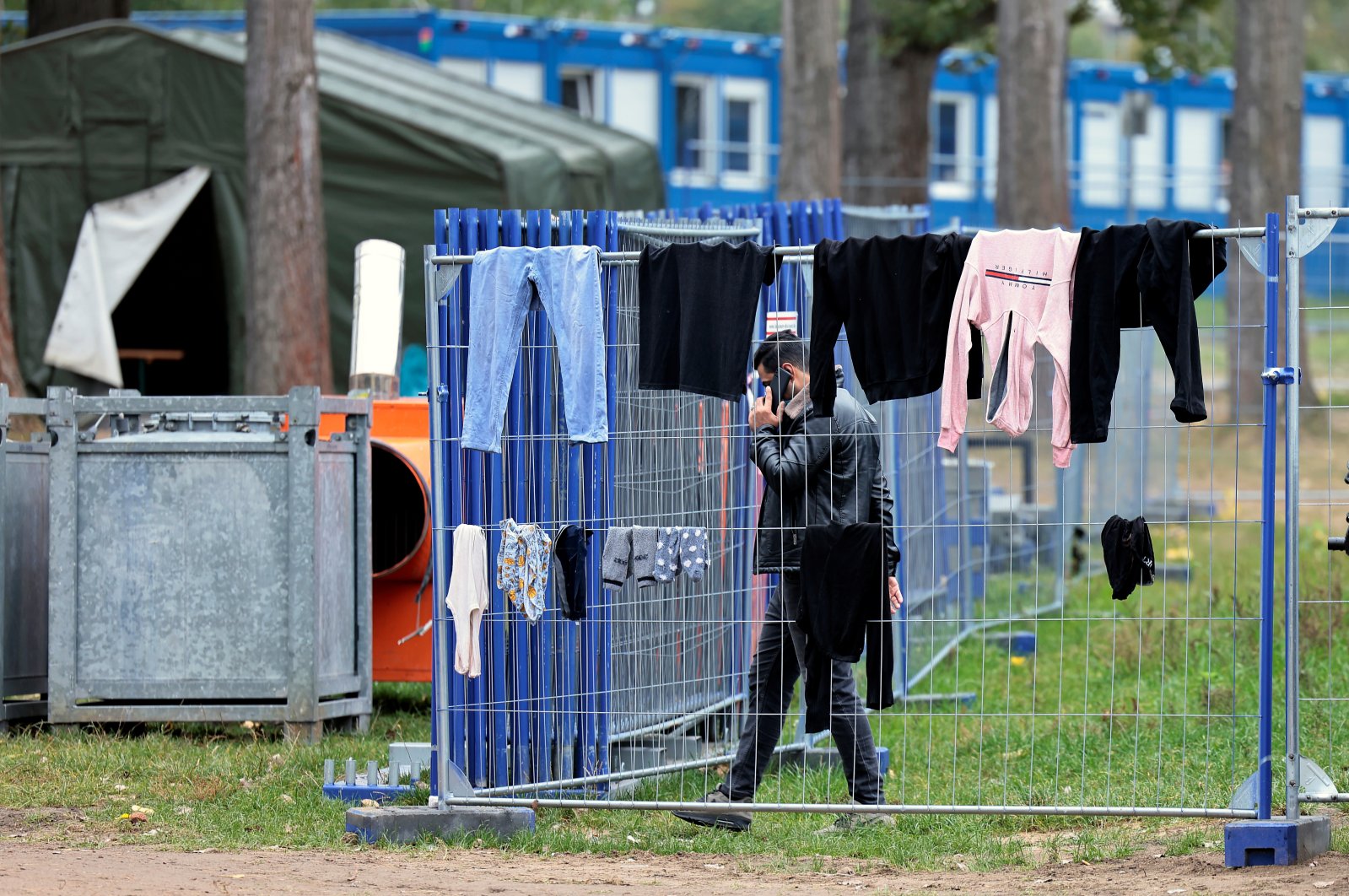 A migrant uses his smartphone in a coronavirus quarantine area at a camp in Eisenhuettenstadt, Germany, Oct. 14, 2021. (Reuters Photo)
by Agencies Oct 17, 2021 8:52 pm
RECOMMENDED

Germany has received more asylum applications in 2021, according to stats.

The Federal Office for Migration and Refugees (BAMF) reported that it had received 100,278 initial applications by the end of September. This is 35.2% more than in the same period of the previous year.

Last year's arrival figures were however strongly dampened by the coronavirus pandemic, which brought closed borders and the extensive suspension of air traffic.

Of the first-time applicants, about 19.5% were children under the age of one born in Germany.

The number of applicants from Afghanistan rose particularly sharply, with BAMF registering a total of 15,045 initial applications (up 138%) by the end of September.

The number of asylum applications to the European Union also more than doubled between April and June compared to the same period in 2020, according to Eurostat.

Those three countries registered 61% of all initial applications in the EU between April and June.

Germany and France are the two most populous countries in the EU, while Spain ranks fourth.