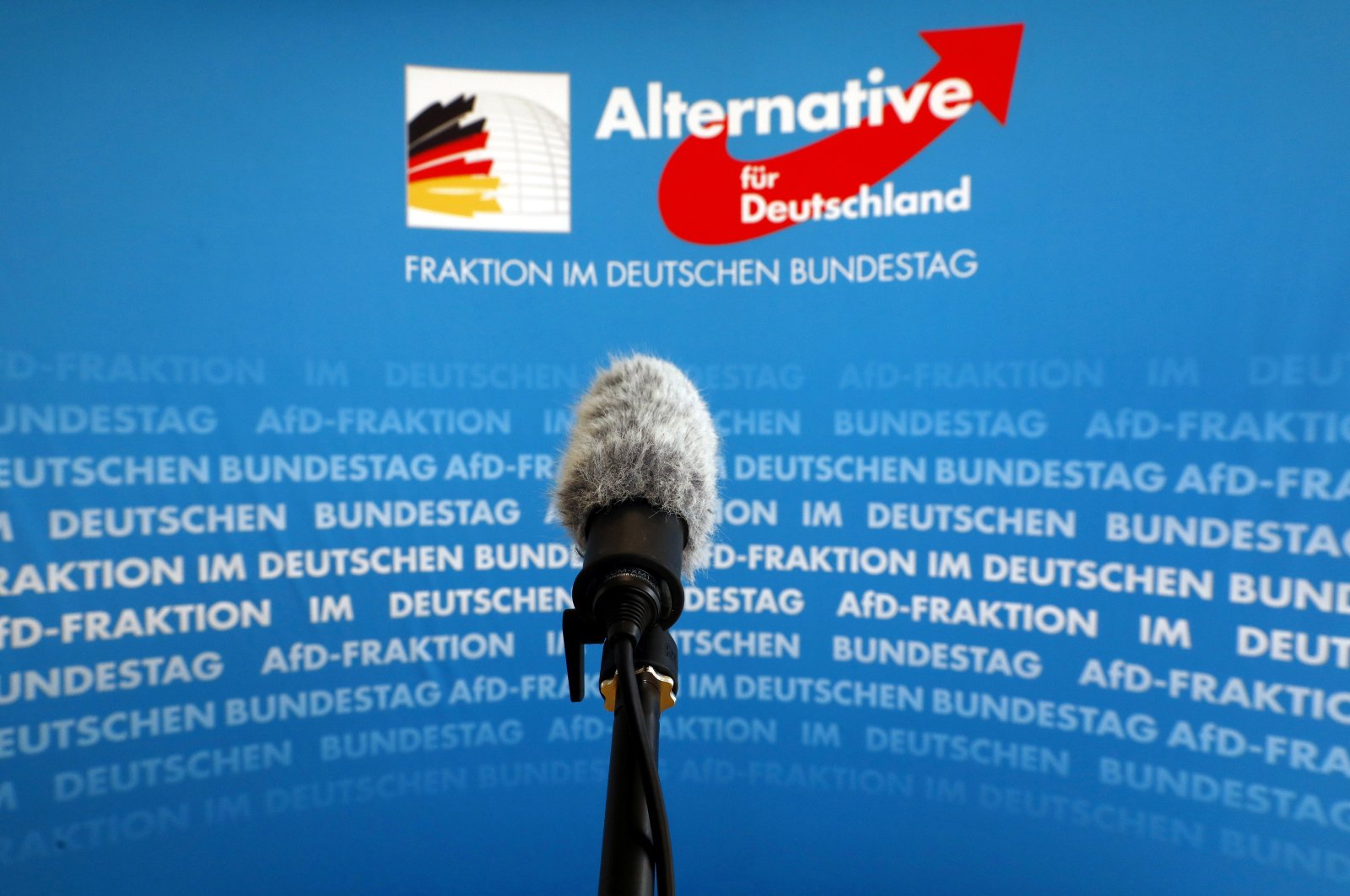 A microphone stands in front of an AfD (Alternative fuer Deutschland) logo on the press wall of the German Bundestag in Berlin, Germany, March 12, 2020. (Reuters Photo)
by Agencies
Mar 03, 2021 2:09 pm

The entire party is to be monitored on account of suspected right-wing extremism, state-level intelligence agencies were informed during a videoconference with the federal head of the agency, Thomas Haldenwang, the sources said.

The move by the Federal Office for the Protection of the Constitution, known by the initials BfV, comes more than two years after it announced it was examining public comments by party members and links to extremist groups more closely.

In January 2019, the agency put the youth wing of the party as well as a party faction linked to a prominent leader in eastern Germany, Bjoern Hoecke, under covert surveillance over extremism allegations.

At the time, the BfV cited the youth organization’s stated goal of creating an ethnically pure country and efforts by Hoecke’s faction – known as "The Wing” – to downplay Germany’s Nazi past. That group made up the party's extreme-right flank. Members included Bjoern Hoecke – head of the AfD in the state of Thuringia, who has been accused of using Nazi rhetoric and downplaying the Holocaust – and Andreas Kalbitz, who led the party in Brandenburg before being expelled for his former ties to a neo-Nazi group.

The Wing has also suggested it might pursue "revolutionary" means to achieve its political aims, warranting scrutiny from the BfV, which is tasked with monitoring all extremist organizations in the country, according to The Associated Press (AP).

The Interior Ministry, which oversees the agency, said it could neither confirm nor deny them, but was preparing a statement for later in the day.

"The fact that the (BfV) now appears to be monitoring the AfD nationwide comes as no surprise," said Mathias Middelberg, a spokesperson for Chancellor Angela Merkel's conservative bloc. "The party has clearly never distanced itself from right-wing extremists such as Mr. Hoecke," he added.