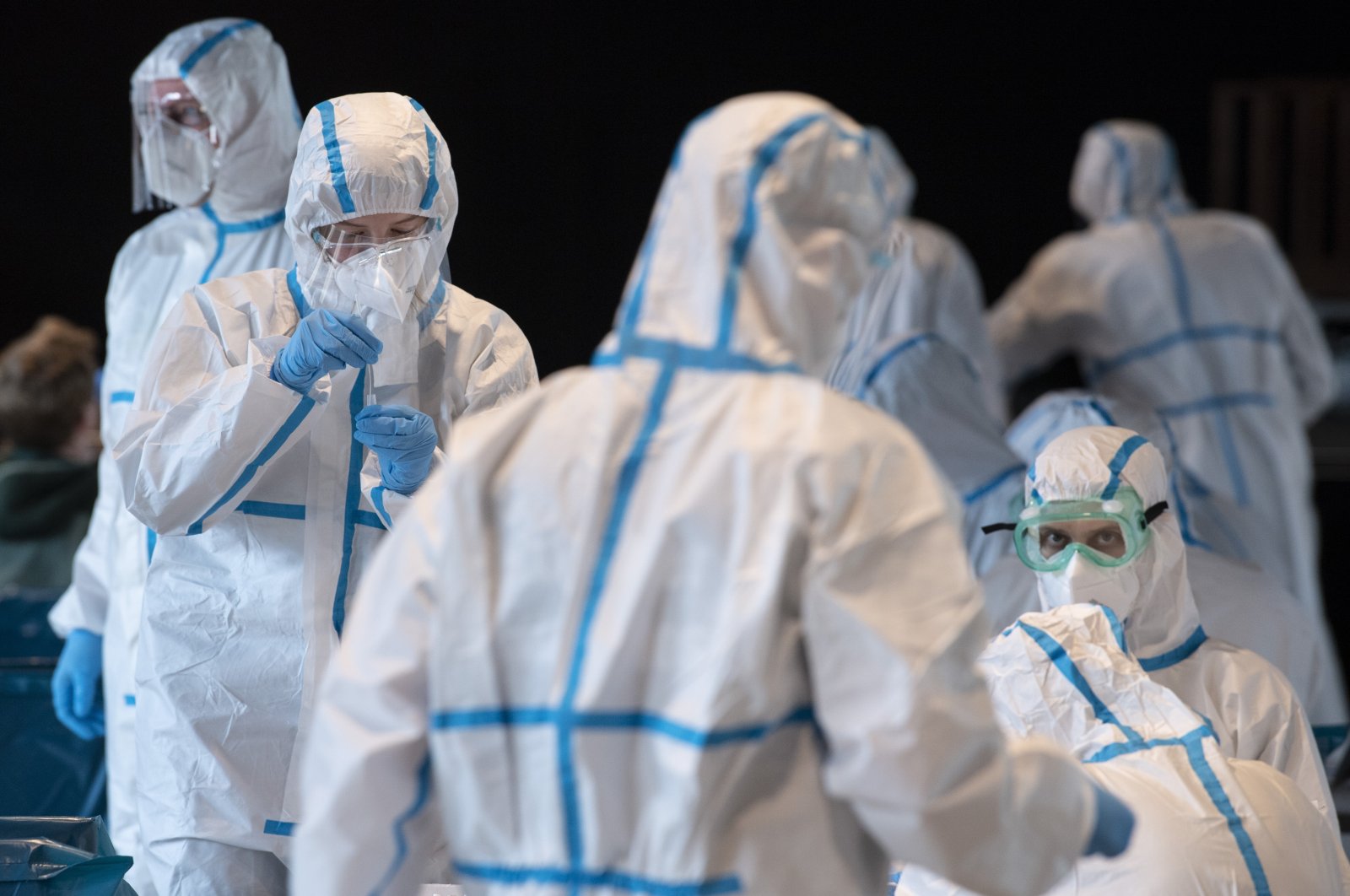 Employees at a Coronavirus testing center wear protective suits to protect themselves from infection with the virus, in Mainz, Germany, Friday March 26, 2021. (Boris Roessler/dpa via AP)
by REUTERS Mar 26, 2021 7:37 pm
RECOMMENDED

Germany's third wave of the coronavirus could be the worst so far and 100,000 new daily infections are not out of the question, the head of the Robert Koch Institute for infectious diseases(RKI) said Friday.

The number of new confirmed infections in Germany has jumped in recent weeks, driven by a more transmissible variant known as B117 and moves to ease some lockdown measures.

"There are clear signals that this wave will be worse than the first two waves," RKI's Lothar Wieler said, as he urged people to stay at home over Easter. "We have some very difficult weeks ahead of us."

People arriving from those countries must now provide a negative test less than 48 hours old at the German border. They must then go into a 10-day quarantine, which can be shortened by a second negative test after 5 days.

Health Minister Jens Spahn said Germany was in the final stages of the "pandemic marathon", but the country's health system could reach its limit in April.

The number of new confirmed cases in Germany rose by 21,573 on Friday, while the death toll increased by 183.

Spahn said a requirement for all airline passengers entering Germany to provide a negative test would come into force at midnight on Monday.

He called on local authorities to take a more flexible approach to vaccination, for example by offering unused doses to anyone aged over 70 at the weekend and by reducing stocks more quickly.

Frustration has grown over the sluggish vaccine roll-out. Around 10% of Germans have received at least a first dose, but this is far lower than the United States, Britain or Israel.