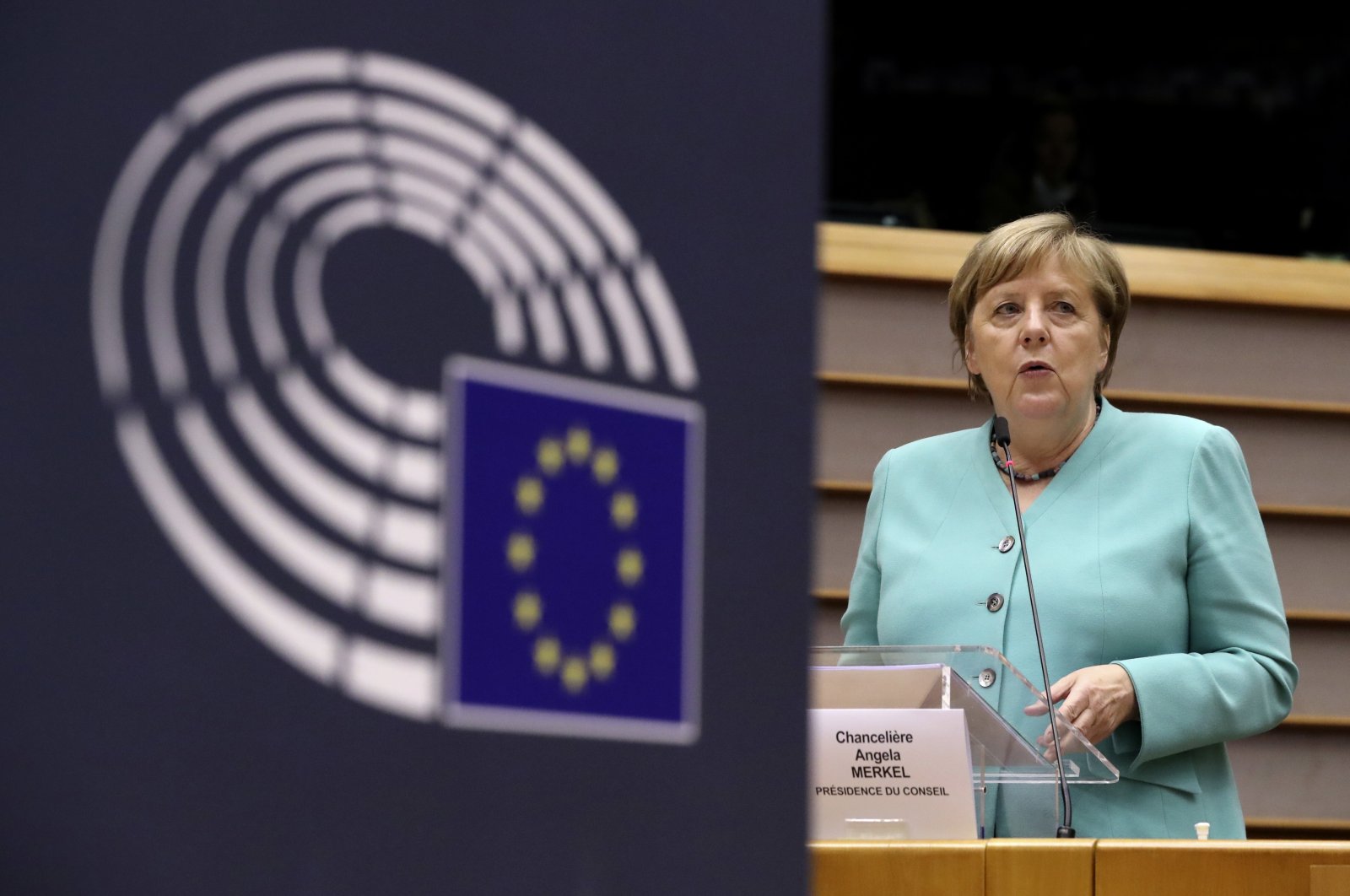 The leaders of the 27 EU states meet in Brussels next week for a crunch summit aimed at agreeing a 750-billion euro ($843 billion) plan to tackle the economic devastation wrought by the pandemic.

But a group of countries, a so-called "Frugal Four," are trying to rein in spending, which is earmarked mainly for the poorer countries of southern Europe hardest hit by the COVID-19 epidemic.

"We need extraordinary solidarity, everyone is ready, especially Germany, to overcome the pandemic, to deal with its consequences," Merkel told the European Parliament in a speech to mark Germany taking over the EU's rotating presidency for six months.

Next week's summit – the first physical meeting of leaders since travel restrictions were put in place to try to stem the spread of coronavirus – is set to be a fraught affair.

The Netherlands, Austria, Denmark and Sweden insist that loans with tough conditions attached, rather than grants, should be the preferred method of rescue and are not in a rush to make a deal.

But some other countries argue that the plan, drawn up by the European Commission, misallocates the money, giving too much to eastern Europeans who were never on the front lines of the pandemic.

"Our common objective is to find a quick agreement as time is running out due to the economic crisis. We must not waste time. The poorest are paying the price," Merkel said, urging all sides to make compromises.