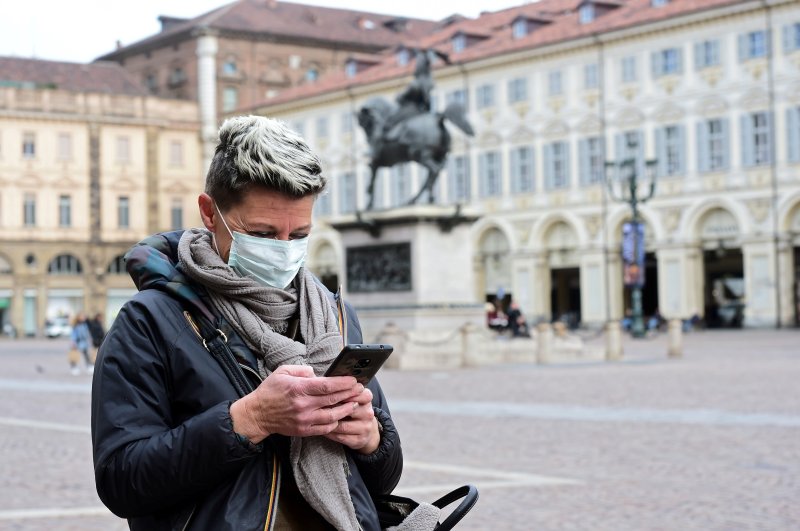 The U.S., Germany and France all reported cases in people with no known ties to Italy, travel to China or contact with an infected person, raising concern about additional clusters of no known origin possibly forming outside China, where the coronavirus epidemic originated. Local transmission is an indication the virus may be spreading domestically, an expert said.

"We are at the start of a coronavirus epidemic in Germany," Health Minister Jens Spahn said in Berlin late Wednesday. "The infection chains can to some extent ... not be tracked," he said. In similar terms, an accomplished doctor in France warned leaders the country would not escape a coronavirus epidemic. Local transmission was now established, Eric Caumes, head of infectious diseases at Paris' Pitie-Salpetriere Hospital, told President Emmanuel Macron. France is facing "a situation a bit like Italy," he said. "We are faced with a crisis, with an epidemic that's on its way," Macron acknowledged during a visit to the hospital where a second patient died Tuesday night.

The U.S. also reported the first instance of community transmission in the country. A person in California who was not exposed to anyone known to have been infected with the coronavirus, and who had not traveled to countries where it is circulating, has tested positive for the infection, the Center for Disease Control and Prevention said Wednesday night.

About 81,000 people around the globe have been sickened by the coronavirus that seems to keep finding new targets. With Brazil confirming the arrival of Latin America's first case, the virus had a toehold on every continent but Antarctica. The World Health Organization (WHO), meanwhile, reported that the number of daily new cases outside China on Tuesday exceeded the number of new infections inside the country for the first time. The number in China was 412, while the tally in the rest of the world was 459.

Italy battles the world's third-biggest outbreak while Iran has emerged as a major hot spot in the Middle East. Friday prayers have been canceled in Tehran and elsewhere in the country. Saudi Arabia on Thursday banned foreign pilgrims from entering the kingdom to visit Islam's holiest sites, showing the growing worry across the Mideast.