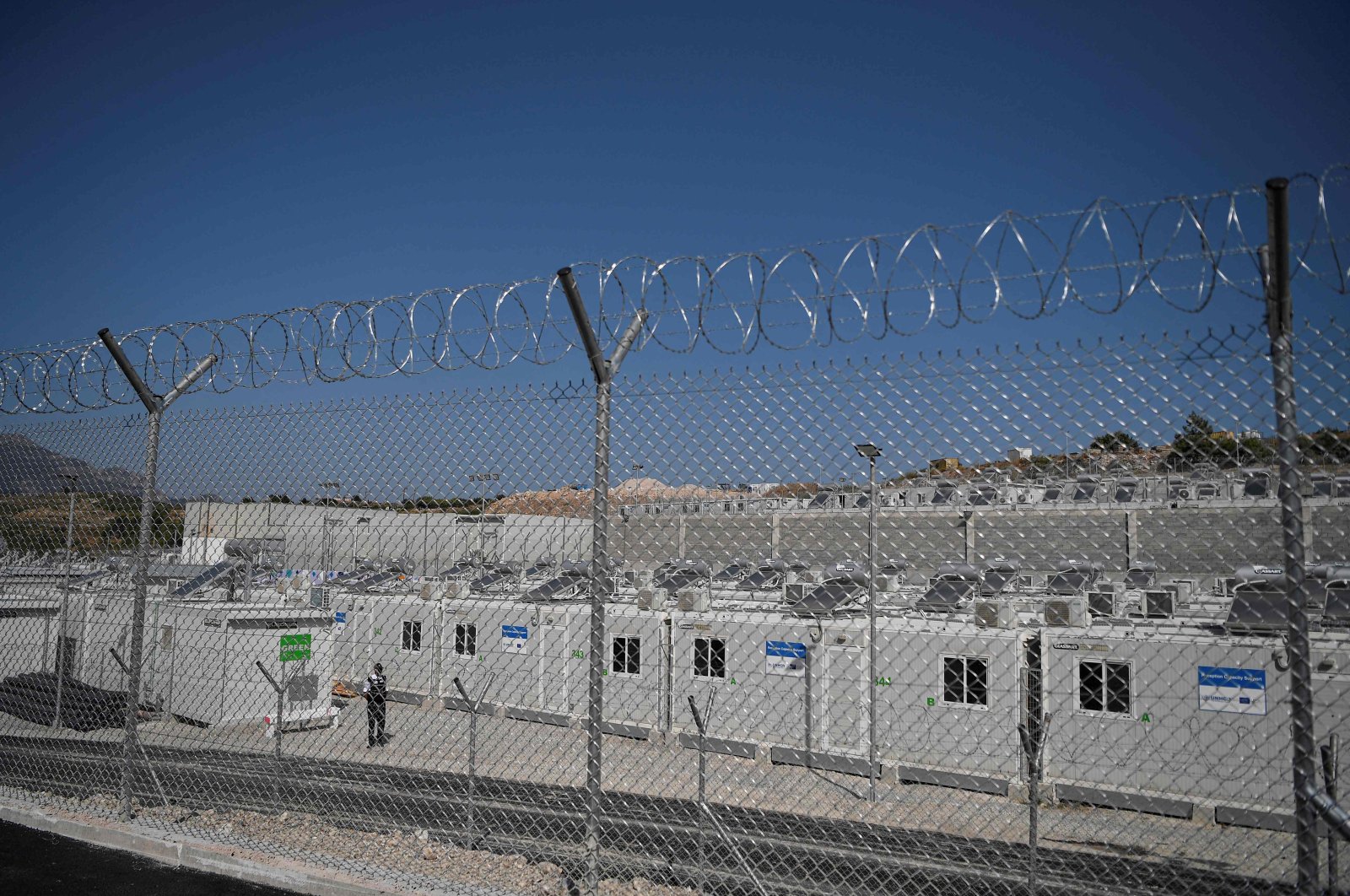 Greece on Saturday inaugurated the first of five new "closed" migrant camps, which are opposed by rights groups who say the strict access measures are too restrictive.

The EU has committed 276 million euros ($326 million) for the new camps on Greece's five Aegean islands – Leros, Lesbos, Kos, Chios as well Samos – that receive most of the migrant arrivals by sea from neighboring Turkey.

The Samos camp, which will serve as a pilot for the other so-called closed and controlled-access facilities, has a detention center and will only be accessible via electronic chip. Gates will remain closed at night.

"The model of the controlled structures will be gradually transferred to all the islands and Greece's mainland," Greek Migration Minister Notis Mitarachi said a few months ago.

The Leros camp is expected to be finished next month, while on Lesbos – home to Moria, Europe's largest camp and destroyed by fire last year – work has yet to begin.

They replace previous facilities that became infamous for their living conditions.

On Samos, the facility near the port of Vathy had been designed for about 680 people but, at one point, was home to nearly 10 times that number.

Up to 600 asylum seekers still live there – rats, improvised wooden barracks without heating and a lack of toilets and showers continue to be part of their daily lives.

But from Monday, residents will be transferred to the new facility some 5 kilometers (3.1 miles) from Samos's main town of the same name.

The old camp will be closed by month's end, according to the migration ministry.

And the Greek army will dismantle the buildings, remove the containers and decontaminate the area, which will then be passed on to the municipality.

'Camps should be open'

NGOs and aid groups, however, have raised concerns about the new camps' structure in isolated places and residents' confinement.

Some 45 NGOs and civil society groups urged the EU and Greek government to abandon plans to restrict the movement of people in the camps.

In a report, they said the new structures "will impede effective identification and protection of vulnerable people, limit access to services and assistance for asylum seekers, and exacerbate the harmful effects of displacement and containment on individuals' mental health."

"The word 'closed' comes up often and this is concerning," Mireille Girard said, adding "asylum seekers need protection, they are not criminals or a risk for the community, they are people who need help."

"For us, camps should be open. The government has assured us that they will be."

"Millions of euros have been spent on the construction of this facility that comes with military-grade barbed wire fences and advanced surveillance systems. All of this to detain people whose only 'crime' is seeking safety and stability," the MSF said. "In addition to the mass rejections of asylum applications, this new center is another symbol of the complete rejection of refugees and of their right to seek asylum."

There is no question that the new center will only further dehumanize and marginalize the migrants, the MSF added.

Greece was the main point where more than one million asylum seekers – mainly Syrians, Iraqis and Afghans – entered Europe in 2015.

The crisis in Afghanistan has prompted fears of a new migration wave.

Mitarachi said this week that the flow of new arrivals had been reduced by 90 percent compared to 2019.

However, humanitarian organizations say the drop is due to systematic and illegal pushbacks of migrants to Turkey by Greek authorities, which Greece's conservative government has repeatedly denied.