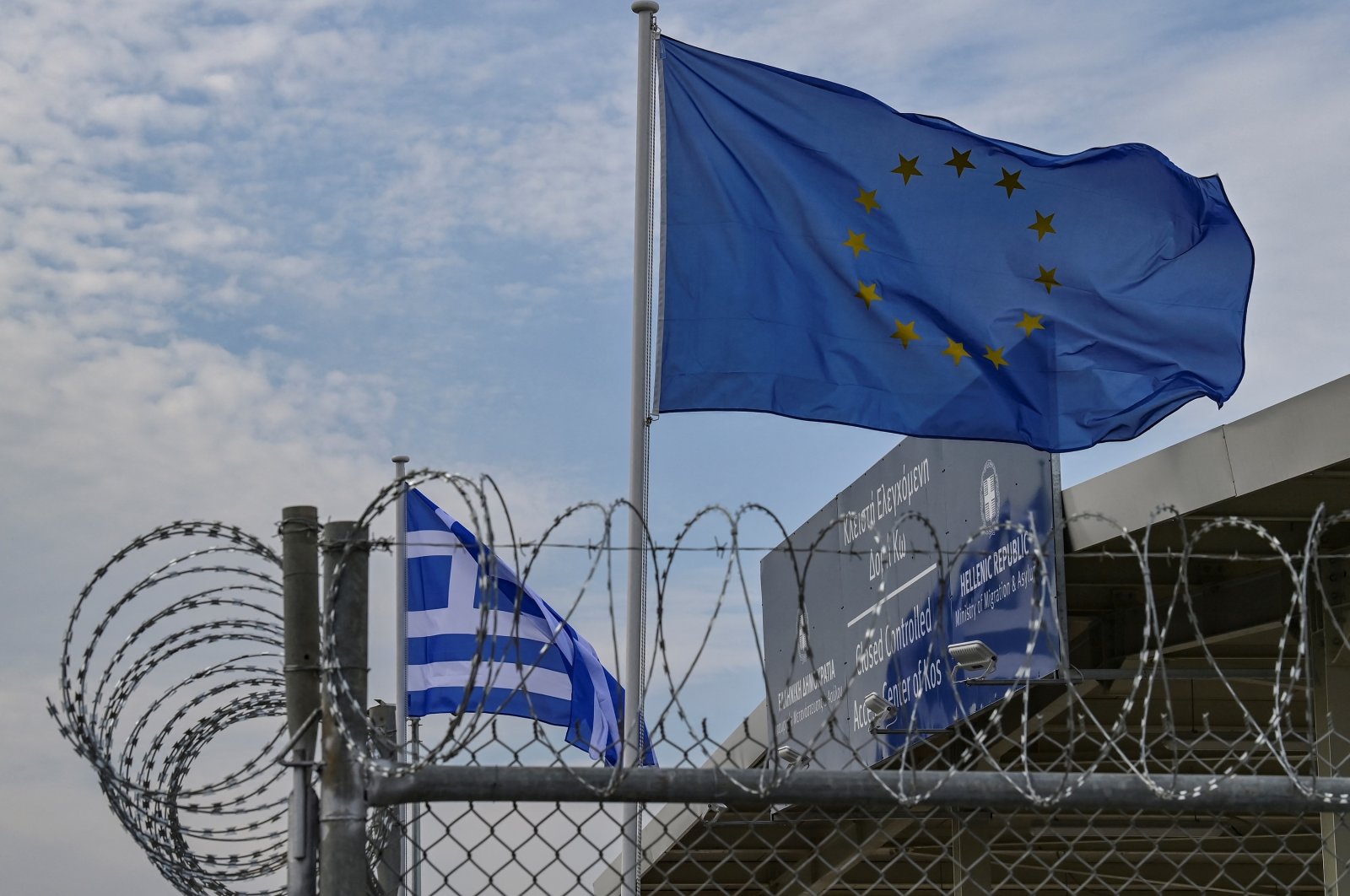 The European flag waves behind barbed wires at the new "closed" center for migrants in the Greek island of Kos, Greece, Nov. 27, 2021. (AFP Photo)
by DAILY SABAH WITH AGENCIES Nov 28, 2021 2:02 pm
RECOMMENDED

Greece on Saturday opened two more of its new "closed" migrant camps on islands near Turkey as part of a stricter policy for managing migrant flows that has been criticized by rights groups.

The "closed" camps have barbed wire fencing, surveillance cameras, x-ray scanners and magnetic doors and gates that remain closed at night. They also have facilities, like running water, toilets and more security, that were absent from the previous facilities that became infamous for their living conditions.

"It's the beginning of a new era," Minister of Migration Notis Mitarachi said announcing the opening of the camps on the islands of Leros (İleryöz) and Kos (İstanköy).

"We are extricating our islands from the migration problem and its consequences," he said. "The images that we all remember from 2015-2019 are now in the past."

Greece inaugurated the first such camp on the island of Samos in September and plans to open two more, on the islands of Lesbos (Midilli) and Chios (Sakız). The European Union has committed 276 million euros ($326 million) for the new camps.

"We are turning a page with ... structures and centers that reflect our values, our way of life, that dignify people."

"Europe will continue to be an asylum destination for all those who flee dictatorship, wars and persecutions and it is in our interest that we provide humane ... conditions," he added.

Nongovernmental organizations (NGOs) and aid groups have raised concerns about the structure of the new camps in isolated places and residents' confinement, saying that the movement of people in the camps should not be restricted.

Council of Europe Commissioner for Human Rights Dunja Mijatovic wrote to Greek ministers in May, saying she feared the closed nature of the camps would lead to long-term deprivation of liberty.

According to the latest United Nations estimates, there are currently around 96,000 refugees and asylum-seekers in Greece.