Greece takes heat over migrant camp fires even a year after 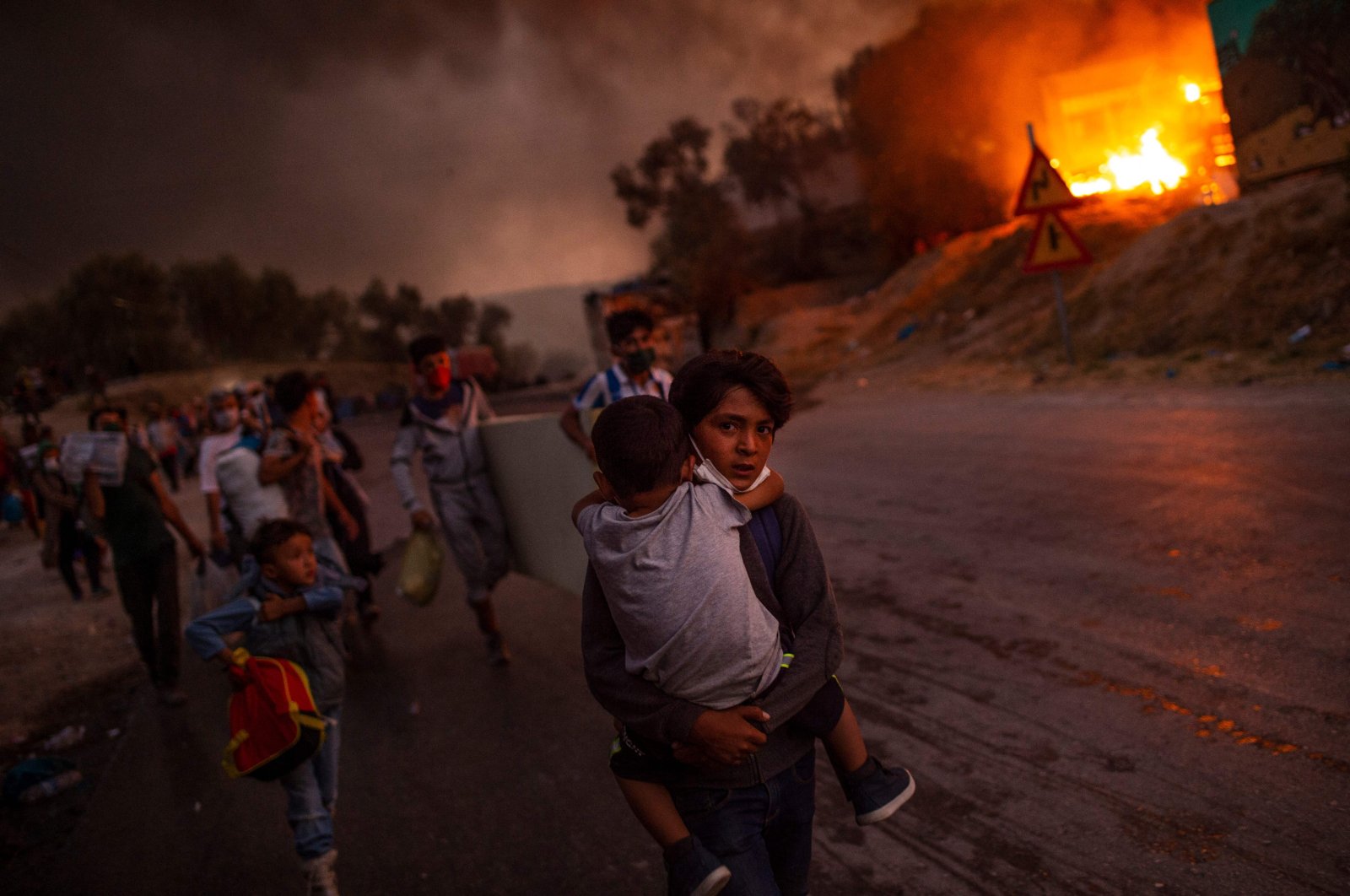 One year after fire ripped through the notorious Moria migrant camp on the Greek island of Lesbos, the authorities say they have tackled the critical overcrowding and brought order to the chaos.

Critics counter they achieved this through a policy of forcibly pushing back would-be refugees before they can claim asylum on Greek soil – a charge the right-leaning government elected in 2019 denies.

While Athens says the country will "never again be the gateway to Europe," its policies highlight the deep divides within the EU over migration as fears are rising of a new wave following last months' fall of Kabul to the Taliban.

The previous migration crisis in 2015 saw Moria – built just two years earlier to hold 3,000 people – inundated as a huge wave of migrants began arriving on small boats from nearby Turkey.

As other European states responded by shutting their borders, the bottlenecks grew – worst of all on Lesbos, which handled most of the arrivals from the Middle East, Africa and South Asia.

As numbers at Moria ballooned to 20,000, the camp became a byword for squalor and violence, where prostitution, sexual assault, disappearances of minors, drug trafficking and fights were rife.

Then late on Sept. 8, the first of two fires broke out, as pandemic-stoked tensions soared.

According to witnesses, a row broke out as 200 migrants refused to quarantine after either testing positive for COVID-19 or coming into contact with someone infected.

Greek Migration Minister Notis Mitarachi said then that the fires "began with the asylum seekers."

The six young Afghan men jailed for 5-10 years earlier this year for arson insist they were falsely accused for ethnic reasons.

Mustafa Hosseini – whose brother Mahdi is one – told Agence France-Presse (AFP) they had been framed because they were from the Hazara minority facing persecution in Afghanistan.

The only witness was a Pashtun – the country's dominant group. No one died in the two-day blaze. But it sparked a chaotic exodus of 12,000 asylum seekers.

Lesbos locals, who had seen more than 450,000 migrants pass through in a year, were enraged as towns, villages and fields were again flooded – including by children, pregnant women and disabled people forced to sleep rough for days.

Against strong local opposition, authorities set up what was meant as a temporary camp on a former army range. That flooded last winter.

Mireille Girard, the U.N. refugee agency's representative in Greece, acknowledged that the site has been much improved since but "is not a lasting solution."

A new camp on Lesbos was due to be ready before winter but work has not begun. Meanwhile, authorities shut two projects providing housing to vulnerable migrants on the island.

"No one should have to spend the winter in tents," Girard said. "Tents after a fire, yes, but a year later?"

Hundreds of migrants were moved to the mainland after the inferno, with many more processed since.

Migration Minister Mitarachi on Friday said Greece "is no longer and will never again become the gateway to Europe."

Also on Friday, Council of Europe Commissioner for Human Rights Dunja Mijatovic condemned Greece over a new bill to regulate deportations and return of migrants, as well as curbs on civil society organizations that help them.

"One year after the catastrophic fire in Moria camp and its consequences, Greece continues standing firmly against refugees and their rights," Human Rights 360 co-founder Epaminondas Farmakis told AFP.