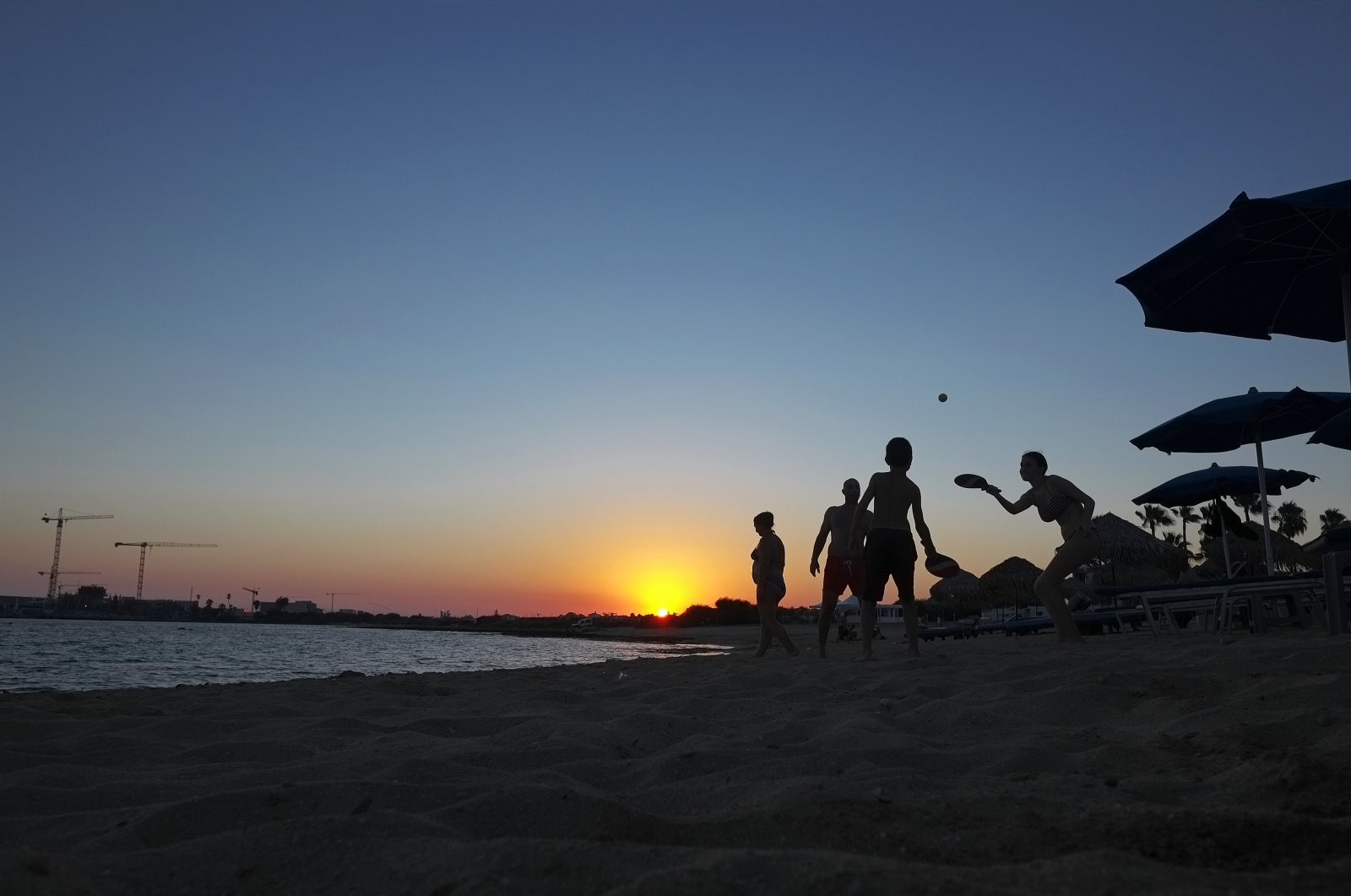 People play racketball at the beach during sunset in the coastal resort of Ayia Napa on the Greek side of the Eastern Mediterranean island of Cyprus, Aug. 22, 2020. (AP Photo)
by French Press Agency - AFP
Aug 24, 2020 5:43 pm

The Greek Cypriot administration has hit back at claims in a media investigation that its controversial pathway for wealthy investors to acquire passports has been exploited by criminals.

Qatar-based broadcaster Al Jazeera reported that dozens of those who applied for so-called "golden passports" are under criminal investigation or international sanctions or serving prison sentences.

But Nicosia insisted that the claims related to a past era before the scheme was tightened.

The channel said it obtained the information from a substantial leak of passport data pertaining to the period of 2017 to 2019 but did not reveal its source.

The Greek Cypriot administration has faced pressure from Brussels to reform its citizenship-for-investment scheme, which the European Commission has said may help organized crime gangs infiltrate the European Union.

In February 2019, Nicosia updated its criteria for obtaining passports, imposing what it describes as more stringent due diligence procedures.

The leaked data showed wealthy, Kremlin-linked Russians, as well as Chinese nationals, were "prepared to pay millions of dollars for a EU passport," Al Jazeera said.

Thirty successful applicants to the program face criminal charges, have been convicted or are sanctioned, according to the Al Jazeera investigation. It is unclear if or how many of these 30 individuals received passports.

Forty other successful applicants were found to hold politically sensitive roles in their homelands, making them high-risk under Greek Cypriot and European rules, Al Jazeera said.

"All the individuals mentioned, especially in the Al Jazeera report, were evaluated according to the criteria that were in force at the given time and which they met," the Greek Cyprus administration's Interior Ministry said in a statement late Sunday.

The statement said it is "well known" that the Greek Cypriot administration "has made successive changes to improve the Cyprus Investment Program, following the recent vote, of Regulations by the House of Representatives."

"The most important change is that the regulations ensure transparency, credibility and continuous control, both before submitting an application and after obtaining a Cyprus passport," it said.

The Greek Cypriot administration has previously faced intense pressure over the scheme after it emerged that top Cambodian officials had obtained passports in 2016 and 2017.

Under the latest rules, it grants a passport in exchange for an investment of 2.5 million euros ($3 million).

The Greek Cypriot program has attracted billions of euros in investment.