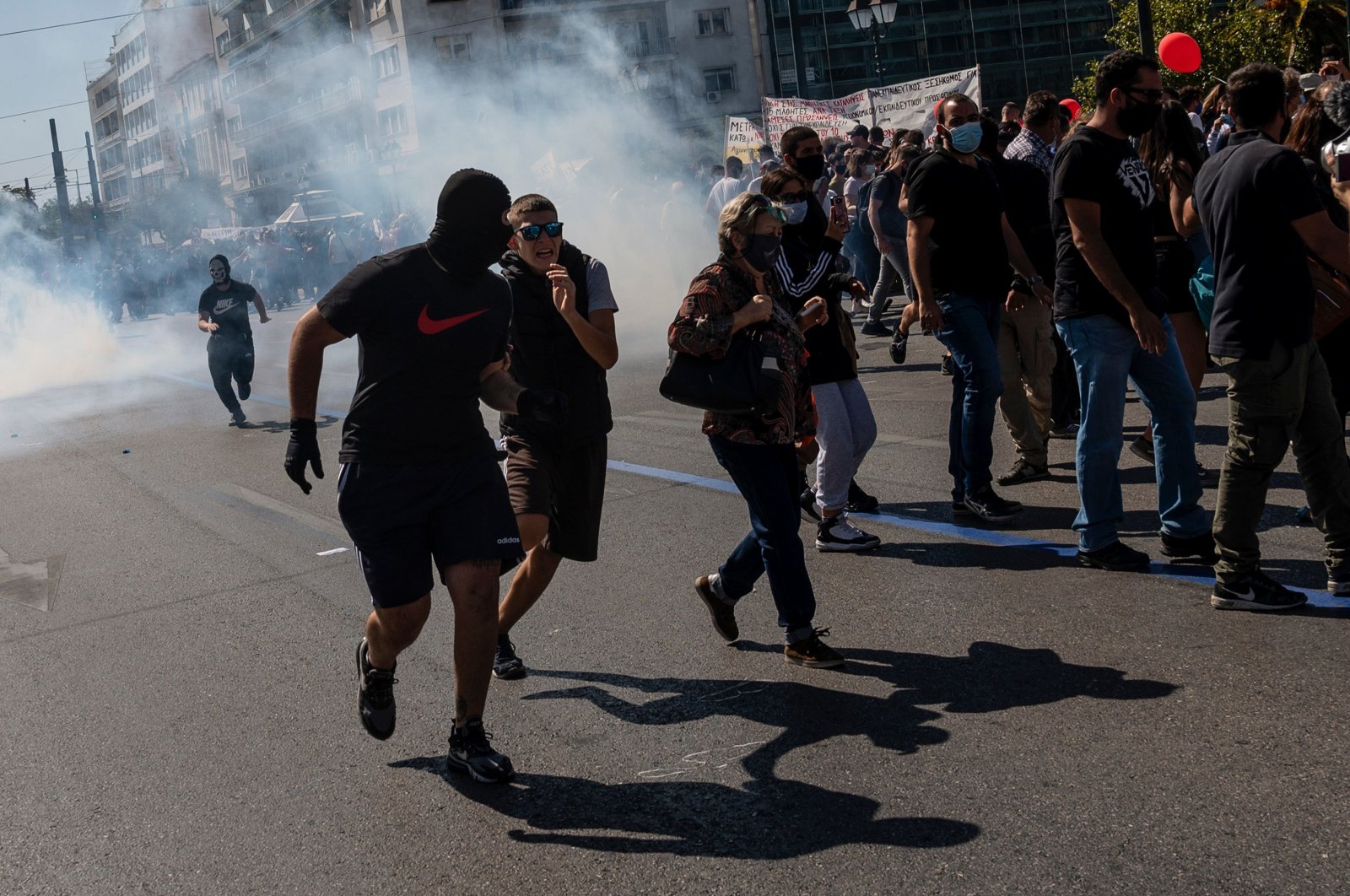 Brief clashes broke out near the parliament in central Athens after 3,000 students threw several gasoline bombs at police. No arrests or injuries were reported.

Hundreds of schools around the country have been shut by sit-ins, with pupils protesting the education ministry's decision to allow classes of up to 30 participants at a time of increasing coronavirus infections. School protest groups say classroom seating limits are frequently not observed at many state-run schools.

Opposition parties have criticized the government, arguing that packed classrooms are contrary to social distancing rules, while the education ministry counters that fewer than 5% of classes nationwide are overcrowded.

Greece’s largest teaching union endorsed the rally and pressed the government to hire more teachers to reduce classroom numbers during the pandemic.

Authorities have been alarmed by a recent increase in daily coronavirus cases, with the Greek capital seeing the highest numbers.

Recent localized outbreaks concerning health officials include a nursing home in central Athens where dozens of elderly residents were hospitalized, and at several villages outside of Athens where the transmission was linked to a funeral attended by about 200 people.

Also Thursday, Greece’s Civil Protection Authority said it would hire 192 people on eight-month contracts to assist in efforts for coronavirus contact tracing and the quarantine of positive cases. The authority issued a call for applications Thursday for Greek citizens under 40 with a college education to be deployed around Greece.