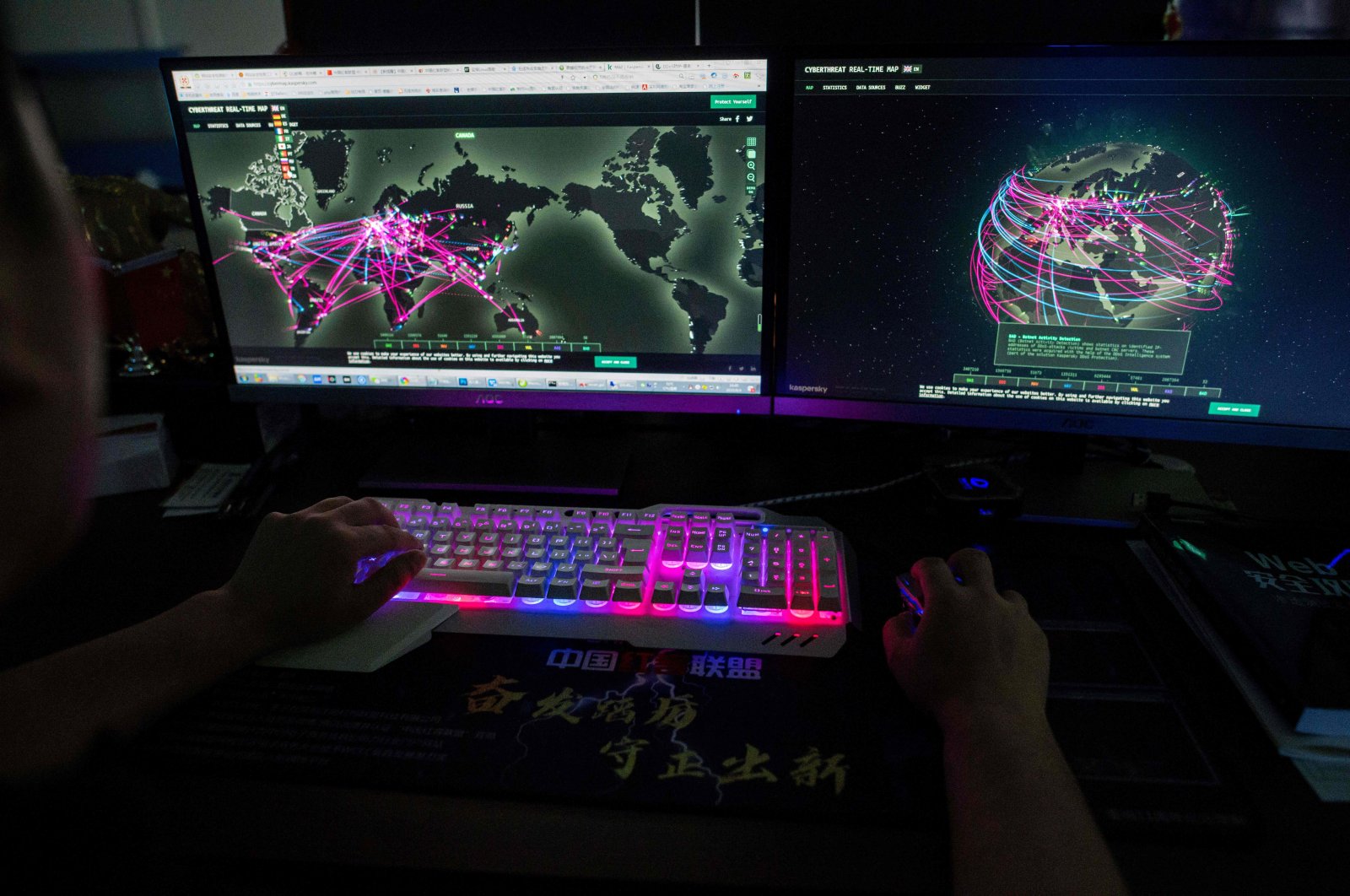 Prince, a member of the hacking group Red Hacker Alliance who refused to give his real name, using a website that monitors global cyberattacks on his computer at their office in Dongguan, southern Guangdong province, China, Aug. 4, 2020. (AFP File Photo)
by REUTERS Sep 20, 2020 11:41 am
RECOMMENDED

Anonymous hackers leaked the personal data of 1,000 Belarusian police officers in retaliation for a crackdown on street demonstrations against veteran President Alexander Lukashenko, as protesters geared up for another mass rally on Sunday.

"As the arrests continue, we will continue to publish data on a massive scale," said a statement, which was distributed by the opposition news channel Nexta Live on the messaging app Telegram. "No one will remain anonymous even under a balaclava."

The government said it would find punish those responsible for leaking the data, which was widely distributed on Telegram channels on Saturday evening.

"The forces, means and technologies at the disposal of the internal affairs bodies make it possible to identify and prosecute the overwhelming majority of those guilty of leaking personal data on the Internet," said Olga Chemodanova, the spokesperson for the Ministry of Internal Affairs.

The loyalty of the security forces is crucial to Lukashenko's ability to cling on to power following last month's presidential election, in which he claimed a landslide victory but his opponents say was rigged to hand the former Soviet collective farm boss a sixth term.

Security forces have detained thousands of people to tackle a wave of protests and strikes, their faces often obscured by masks, balaclavas or riot helmets. Some protesters have physically torn off the masks of some officers.

The government said 390 women were detained for taking part in a protest on Saturday against Lukashenko. Most have been released.

Lukashenko's crackdown on the protests has prompted the European Union to weigh fresh sanctions against his government.

Russian Foreign Ministry Spokesperson Maria Zakharova also criticised the EU for inviting Tsikhanouskaya to the ministerial meeting as well as for considering sanctions against Minsk, saying Brussels was trying to "rock the boat" in Belarus.