'He was nobody': Lukashenko rejects role in Belarusian activist death 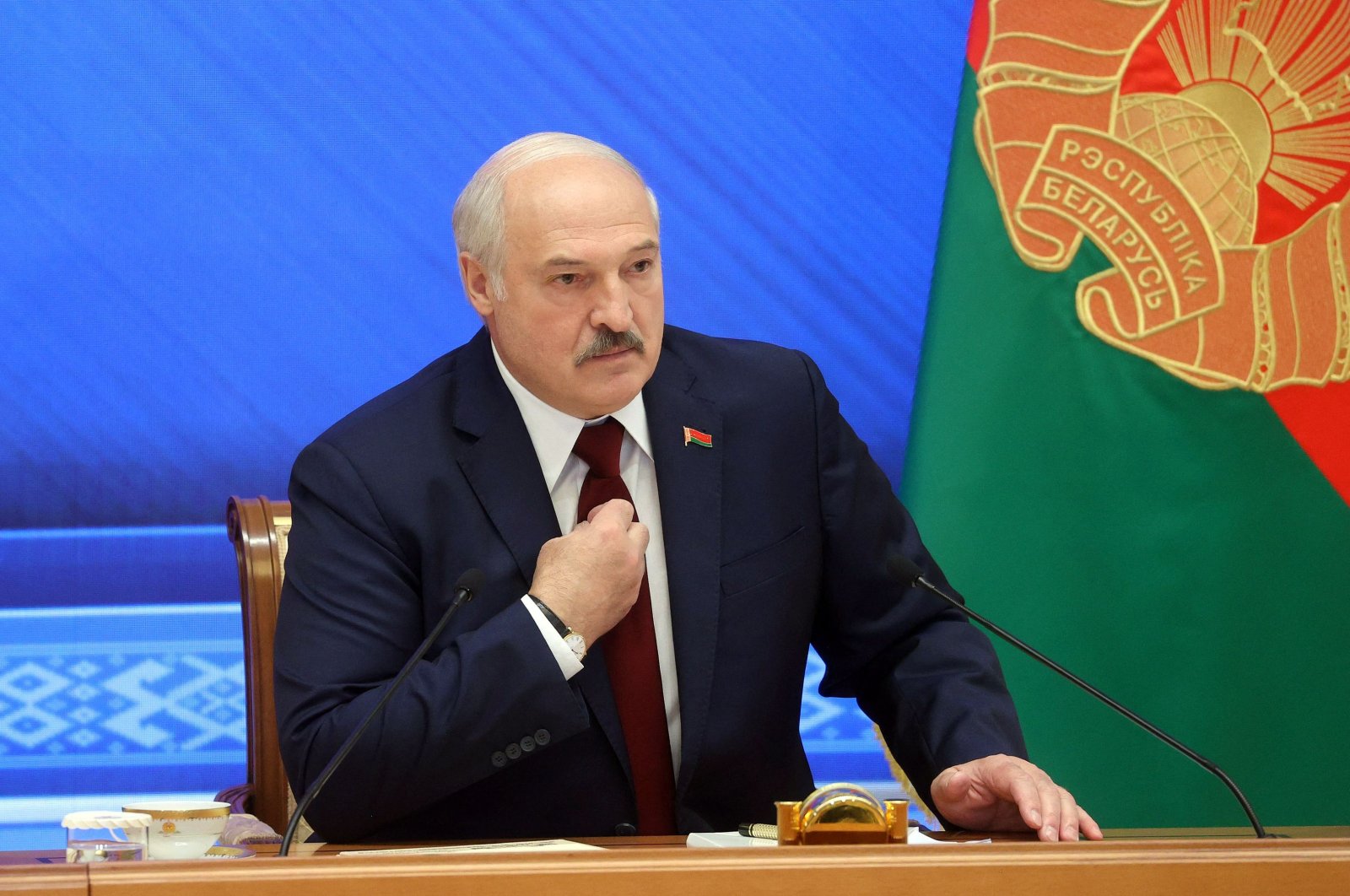 Austria likely to opt for Bellen in polls as 'safe' option

Belarus's strongman leader Alexander Lukashenko dismissed international criticism on Monday, denying that his country had any involvement in the death of an activist in Ukraine or in trying to forcibly bring home an athlete from the Tokyo Olympics.

In power since 1994, Lukashenko has been cracking down on unprecedented protests in the ex-Soviet country since he claimed an election last year deemed unfair by the West.

During an annual press conference a year after the election, the mustachioed leader insisted that he won the "totally transparent" vote and accused the opposition of preparing a "coup."

He also denied any involvement of his country's KGB security services in the death of 26-year-old Belarusian activist Vitaly Shisho, who was found hanged in a Kyiv park last week.

"He was a nobody for us," Lukashenko said. "We have enough people to deal with without Shishov," he said, adding that the death had strained relations with Ukraine.

He also accused runner Krystsina Tsimanouskaya – who claimed the Belarus team tried to forcibly bring her home from the Tokyo Olympics and has since sought refuge in Poland – of being "controlled" by Warsaw. He denied that the country's political leadership tried to force the athlete onto a plane to Minsk. There was "not a single" KGB agent at the Tokyo Olympics, he claimed.

Lukashenko's regime has faced increased criticism this summer after the Olympian's defection and the activist's death. Lukashenko – who claims to have won more than 80% of the 2020 vote – vowed to resist Western pressure and accused the Belarusian opposition of trying to stage a "coup" last year.

"Some were preparing for fair and honest elections, while others were calling for a coup d'etat," he told officials and journalists.

The opposition believes Svetlana Tikhanovskaya – who had stood in the election in the place of her jailed husband and now lives in exile – to be the election's real winner.

Tikhanovskaya has been rallying Western support and recently met with U.S. President Joe Biden and U.K. Prime Minister Boris Johnson. Lukashenko admitted that he had not had "an easy year" and said that Belarus's national unity had been "threatened" by the political crisis.

Minsk has jailed hundreds since the protests, which were the biggest in Belarusian history. According to rights group Viasna, there are currently 603 political prisoners in Belarus.

Last week, the trial of the last remaining protest leader still in Belarus – Maria Kolesnikova – started in Minsk. She has been in custody since September, after resisting forced deportation by the KGB security services by ripping up her passport. Lukashenko, who is backed by Moscow, has strived to present the crisis as part of strained relations between the West and Russia.

On Monday, he denounced Western sanctions on his regime and vowed to resist international pressure.

"We will never get on our knees," he said.

His rival Tikhanovskaya, who fled Belarus and now lives in neighboring Lithuania, is planning to lead a rally in Vilnius to mark the anniversary.

"The unfolding human rights crisis in Belarus is a saga of horror and despair with no end in sight," Amnesty International said in a statement Monday. "The rest of the world must not remain a bystander."

EU foreign policy chief Josep Borrell warned last month that EU member states are drawing up stronger sanctions to add to those already targeting Lukashenko and his allies. These could be approved at a meeting of EU ministers next month.

Austria likely to opt for Bellen in polls as 'safe' option