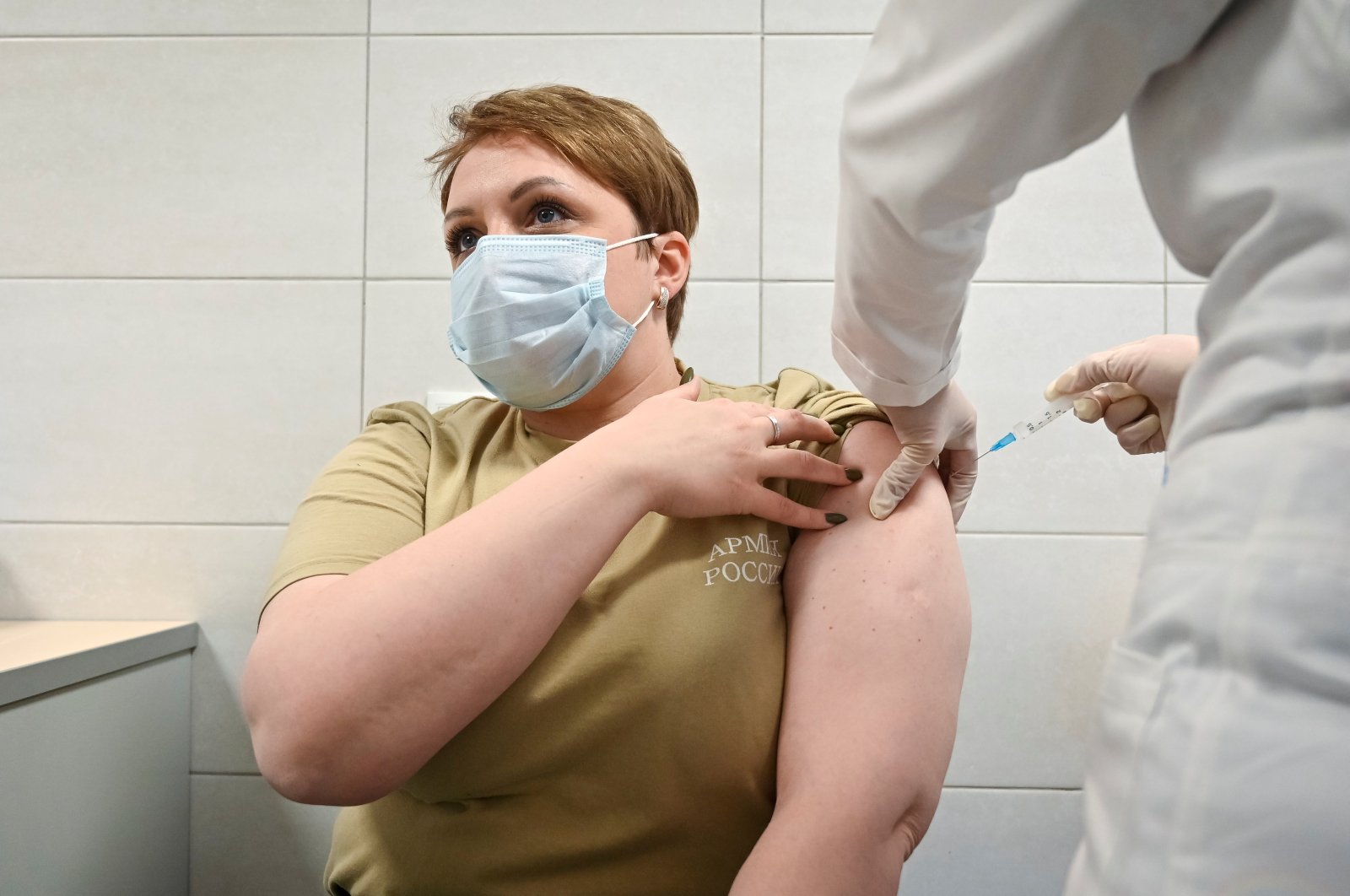 A Russian Army service member receives an injection with Sputnik V (Gam-COVID-Vac) vaccine against the coronavirus disease (COVID-19) at a clinic in the city of Rostov-On-Don, Russia Dec. 22, 2020. (Reuters Photo)
by REUTERS Jan 02, 2021 9:10 pm

More than 800,000 people in Russia have been inoculated so far against the new coronavirus and more than 1.5 million vaccine doses have been dispatched, Health Minister Mikhail Murashko said Saturday.

Russia, which began rolling out its Sputnik V vaccine in early December, has the world's fourth-highest number of COVID-19 cases and is putting high hopes on several vaccines it plans to produce.

From Jan. 1, people who are inoculated in Russia will get an electronic vaccination certificate, the TASS news agency quoted Murashko as saying. The ministry is keeping a database of Russians who have been vaccinated, TASS reported.

The Sputnik V vaccine, which Russia already started supplying to other countries, is administered in two doses, which use different components, 21 days apart.

Russia sent 300,000 doses of the vaccine to Argentina last week, causing frustration at home, with some people arguing that more shots should be made available at home.

Authorities said 447 people had died in the past 24 hours, taking the official death toll to 58,002.