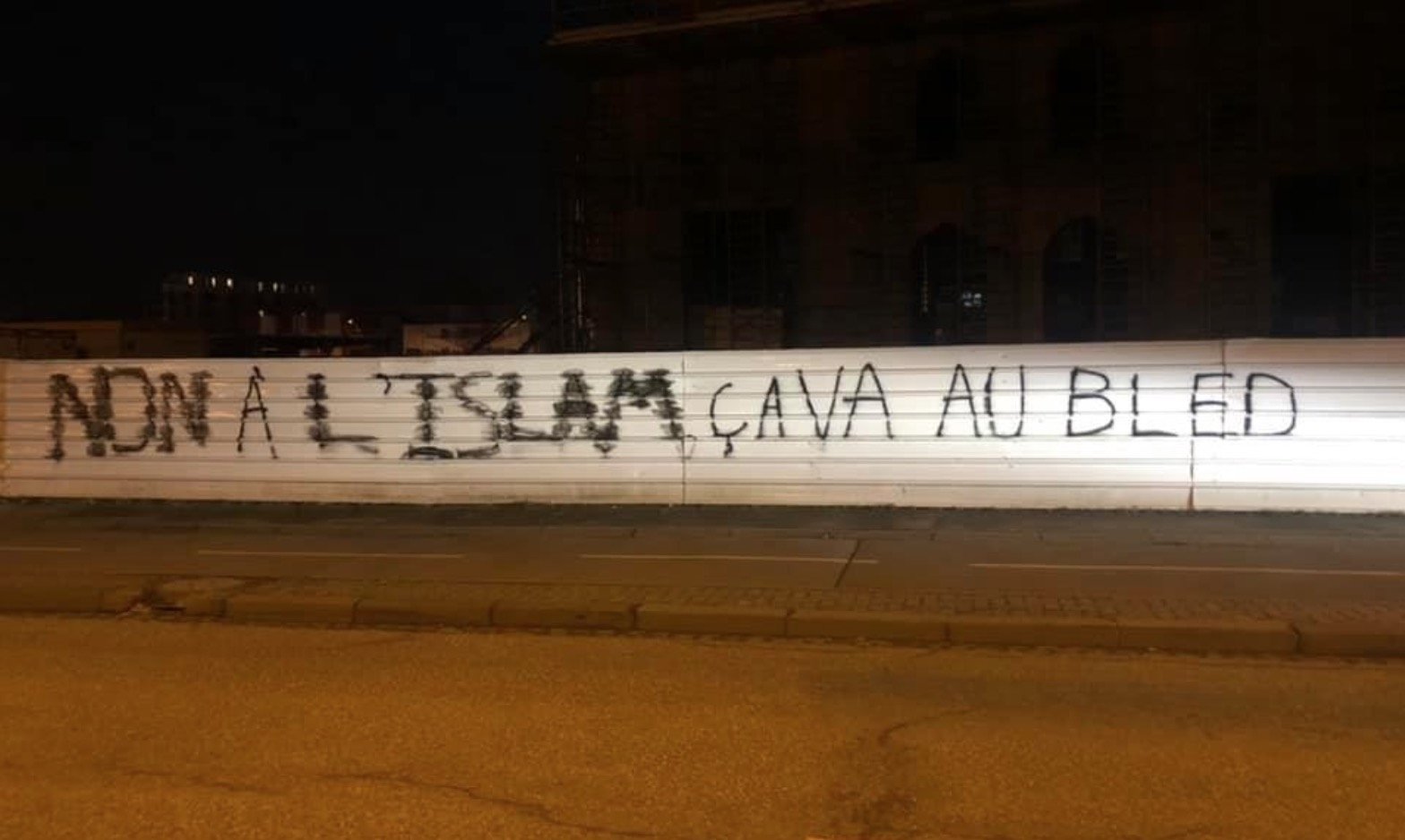 Words in French that translate to "No to Islam, go back to your village" are seen sprayed across the fence on the site of the Eyyub Sultan Mosque in France's Strasbourg on Feb. 23, 2021. (Photo taken from Twitter)
by Anadolu Agency Feb 23, 2021 8:21 pm
RECOMMENDED

The words, "No to Islam, go back to your village," were sprayed across the fence on the site of the Eyyub Sultan Mosque, which, once completed, will be Europe's largest Muslim place of worship.

In a video statement, the Milli Görüş Islamic Confederation (CIMG), the group overseeing the construction of the mosque, expressed disappointment at the Islamophobic and racist message.

"There is no material damage, but the symbolism is strong," said a tweet from the official handle of the mosque.

"However, this incident reflects the deleterious climate that France is going through today. Indeed, the trivialization of remarks targeting Muslims in media discourse demeans the enemies of living together," it added.

He was released before his next appearance on prior admission of guilt, the report said. The motive or intent behind the vandalism is still unknown.

CIMG said in the last weeks it had received several threatening messages, which the authorities failed to respond to.

The recent vandalism received widespread criticism by national bodies like the French Council of Muslim Worship (CFCM) and the Union of Mosques (UMF).

The Grand Mosque of Strasbourg said the abject act of hatred and intolerance "aims to divide the national community and to pit religious communities against each other, while they live in perfect harmony."

On Sunday, another mosque, this time in Spain, was targeted with an explosion and the incident was condemned by the local community.