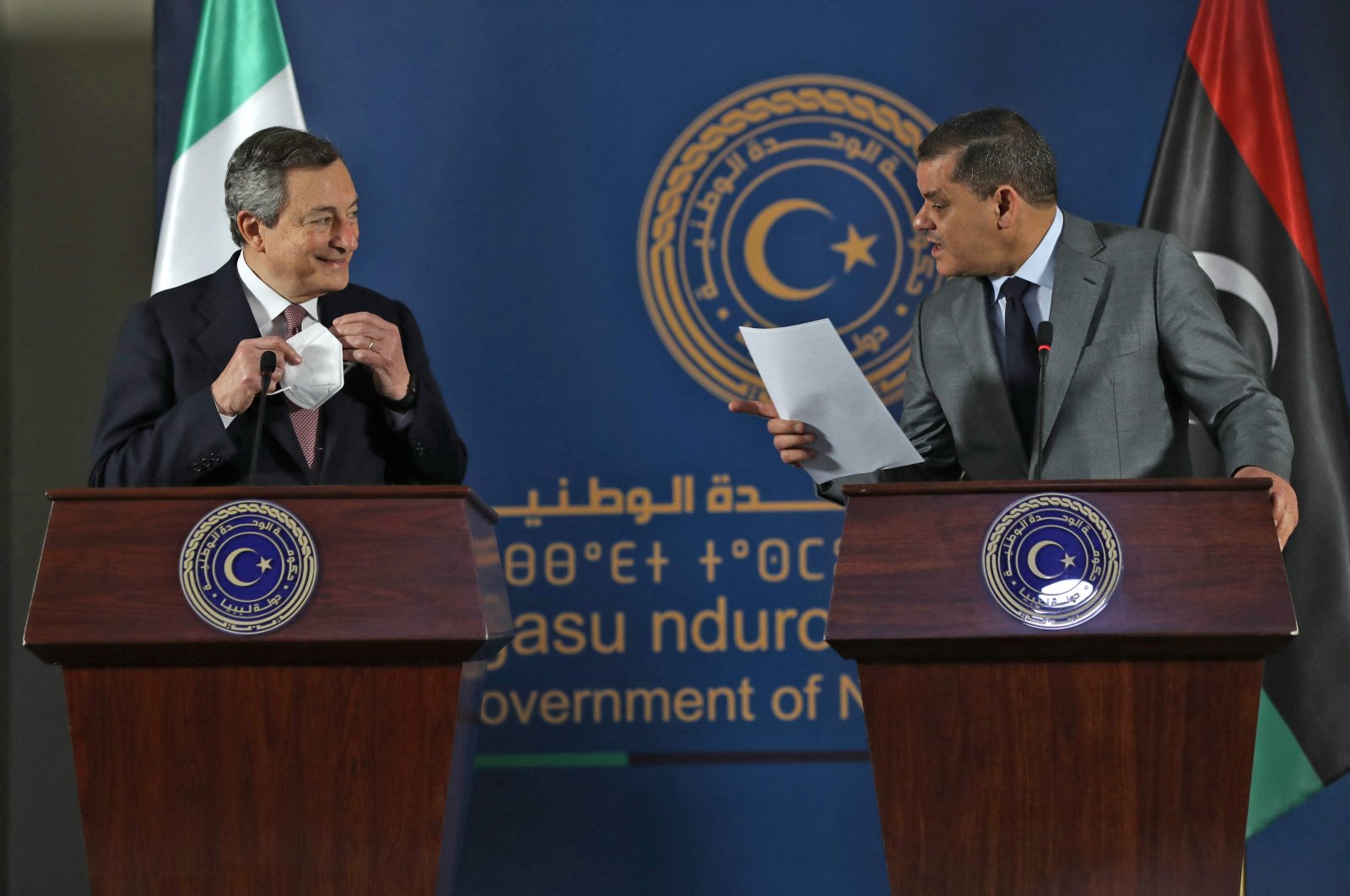 Italian Prime Minister Mario Draghi has made his first trip abroad since assuming office in February, having arrived in the Libyan capital Tripoli on Tuesday to discuss a wide range of issues with the North African country's interim government leader.

Draghi held talks with Prime Minister Abdul Hamid Dbeibah, following in the footsteps of other European leaders who recently met with Libya's new interim government, which took power last month to bring together the country torn apart by civil war for nearly a decade. Dbeibah's interim leadership is also meant to shepherd the country through general elections on Dec. 24.

Speaking at a press conference, Draghi said the fact that he made Libya the destination of his first trip outside Italy as premier was evidence of the solid, historic ties between the two countries that he aimed to deepen.

"There’s a desire for a future, to restart quickly,” Draghi said. He added that Italy was satisfied with Libya’s efforts on migrant rescues, and said the European Union was invested in the issue, which he said "is not just geopolitical but humanitarian.”

Italy, as part of the EU, has cooperated with local Libyan institutions to try to stem the tide of migrants, with tens of thousands setting off from Libyan shores, many with Italy as an intended destination.

In recent years, the union has partnered with Libya’s coast guard and other local groups to stem such dangerous sea crossings. Rights groups, however, say those policies leave migrants at the mercy of armed groups or confined in squalid detention centers rife with abuses.

Draghi's statements come amid criticism by Italian journalists and lawmakers at home over the wiretapping of reporters’ phone calls during investigations into Libya-based migrant trafficking and humanitarian rescue groups.

The investigations date back a few years ago when former Italian government officials were cracking down on humanitarian vessels that were rescuing migrants in the central Mediterranean from traffickers’ unseaworthy boats.

Meanwhile, Dbeibah said the two leaders had agreed to take steps towards fully resuming commercial air traffic between their countries, and to make it easier for Libyans to apply for visas to Italy from inside the country.

Libya was plunged into chaos when a NATO-backed uprising in 2011 toppled longtime ruler Moammar Gadhafi, who was later killed. The country was in recent years split between rival east- and west-based administrations, each backed by different armed groups and foreign governments.

The meeting of the two leaders underscores the interest Italy has maintained in Libya in recent years, especially when it comes to migration. Italy was a supporter of Libya’s previous U.N.-backed government that was also based in Tripoli.

However, that government failed to gain acceptance in the country’s east, where commander Khalifa Haftar holds sway, backed by countries including Russia, Egypt and the United Arab Emirates.