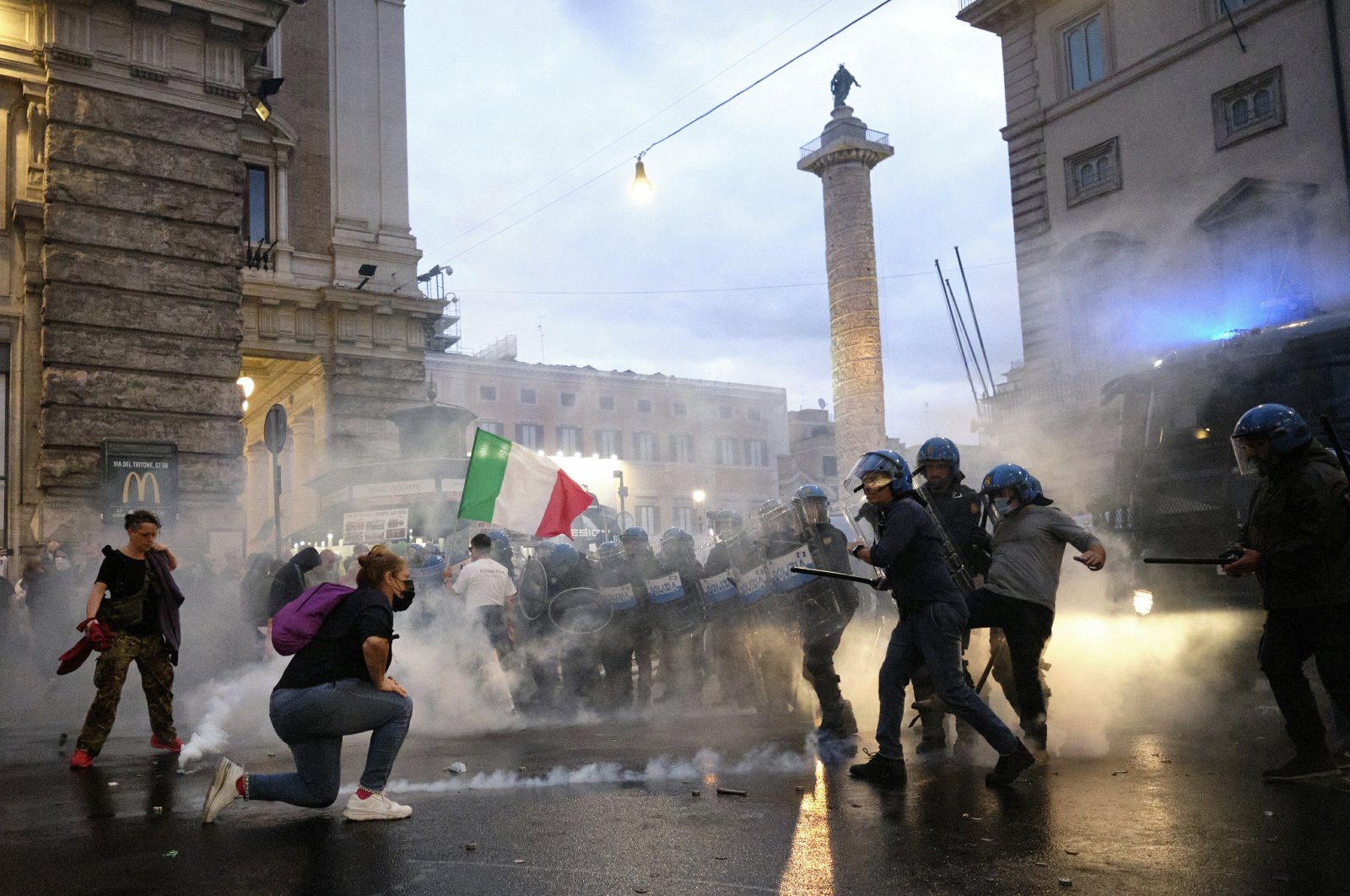 Italian police said Sunday they had arrested 12 people, including the leaders of the extreme right-wing party Forza Nuova, after clashes in Rome a day earlier over a government drive to make the COVID-19 "Green Pass" mandatory for all workers.

Thousands of people took to the streets of the Italian capital Saturday to oppose the move. Some tried to break past police in riot gear guarding access to Prime Minister Mario Draghi's office, while a separate group broke into the headquarters of Italy's main CGIL trade union and turned its offices upside down.

Overnight, dozens of protesters also tried to break into the accident and emergency unit at Rome's Policlinico Umberto I hospital, where one of them was being kept for treatment, forcing health workers to barricade themselves inside, emergency department head Francesco Pugliese told reporters Sunday.

Draghi introduced the pass – a digital or paper certificate confirming its holder has either received at least one vaccine dose, has tested negative or has recently recovered from the virus – in the summer to help prevent infections and encourage people to get vaccinated.

The certificates were initially needed to enter many cultural and leisure venues, but their scope has gradually been widened. Last month, the government made it compulsory for all workers. More than 80% of all Italians over the age of 12 have been fully vaccinated as of Oct. 10. Under the green pass system for workers, accepted by unions and employers, any worker who fails to present a valid health certificate from Oct. 15 will be suspended with no pay, but cannot be sacked.

"It was a fascist squad attack, and it is unacceptable," CGIL's head Maurizio Landini said Sunday, speaking to supporters in front of the union offices in Rome. The riots drew widespread condemnation, including from Matteo Salvini and Giorgia Meloni, the leaders of the rightist League and Brothers of Italy parties, respectively.

The police said in a statement that 38 police officers were injured during the Rome anti-vax clashes. Emanuele Fiano, a lawmaker from the center-left Democratic Party, said his party would present a parliamentary motion Monday to dismantle groups such as Forza Nuova that espouse extreme neo-fascist ideologies.