Italy approves docking of ship with 800 migrants stuck at sea 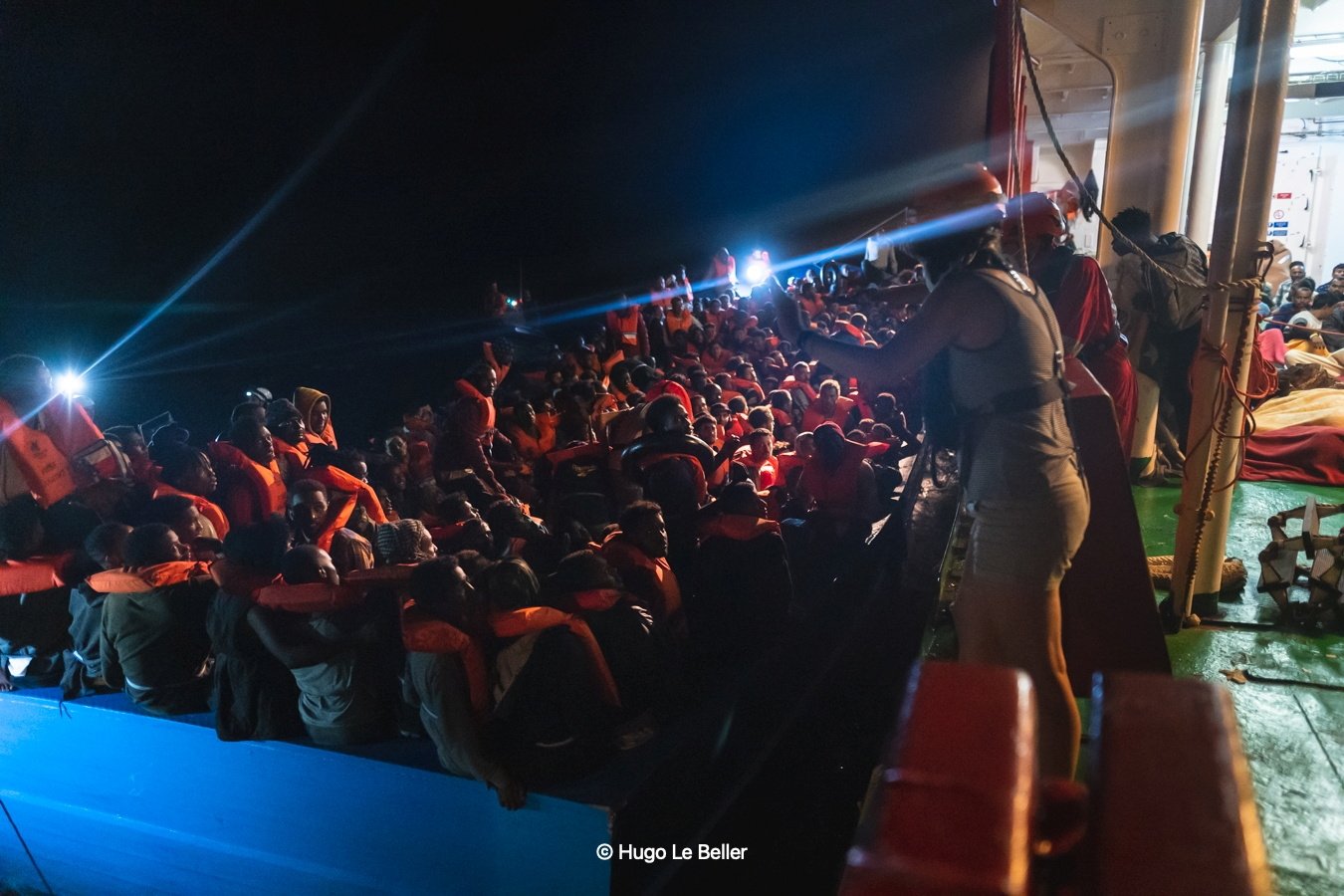 Migrants on a wooden boat wait to be rescued by German NGO search and rescue ship Sea-Eye 4 during a search and rescue (SAR) operation in the Mediterranean Sea, Nov. 3, 2021. (Hugo Le Beller/Sea-Eye/Handout via Reuters)
by French Press Agency - AFP Nov 06, 2021 9:48 pm
RECOMMENDED

Italian authorities approved the disembarking of 800 migrants, including hundreds of minors and five pregnant women, after they were stuck at sea aboard an overcrowded vessel.

The Sea Eye 4 ship had already been carrying nearly 400 people pulled to safety at sea when it raced to the rescue of another 400 people crowded onto a wooden boat on Thursday.

Since then it had been appealing to the government in Rome to allow it to dock.

There were over 200 minors, including "many children under the age of 10" on board, the nongovernmental organization (NGO) said in a statement. More than 200 people had been treated at the onboard hospital.

"Our crew is working at the limits of what is humanly possible," Sea Eye chairperson Gorden Isler was quoted as saying, ahead of the port assignment.

"The ship must be allowed to dock immediately to ensure the safety of all those rescued and the crew."

The Ocean Viking, a charity vessel run by SOS Mediterranee, was also looking for a port for over 300 people it has rescued, bringing the number of migrants seeking to disembark in Italy to over 1,100.

The country is one of the main points of entry into Europe for migrants from North Africa, mainly from Libya and Tunisia, with tens of thousands of people seeking to cross the central Mediterranean each year.

Under previous interior minister Matteo Salvini's "closed ports" policy, European states had to agree to take a certain number of rescued migrants before the charity ships were allowed to dock.

Isler said "negotiations on the distribution of the rescued" should be conducted after the migrants land.

Nearly 55,000 migrants have disembarked in Italy this year, compared to just under 30,000 last year, according to figures from the interior ministry.