Italy yet to hit coronavirus peak, but hopes virus is easing 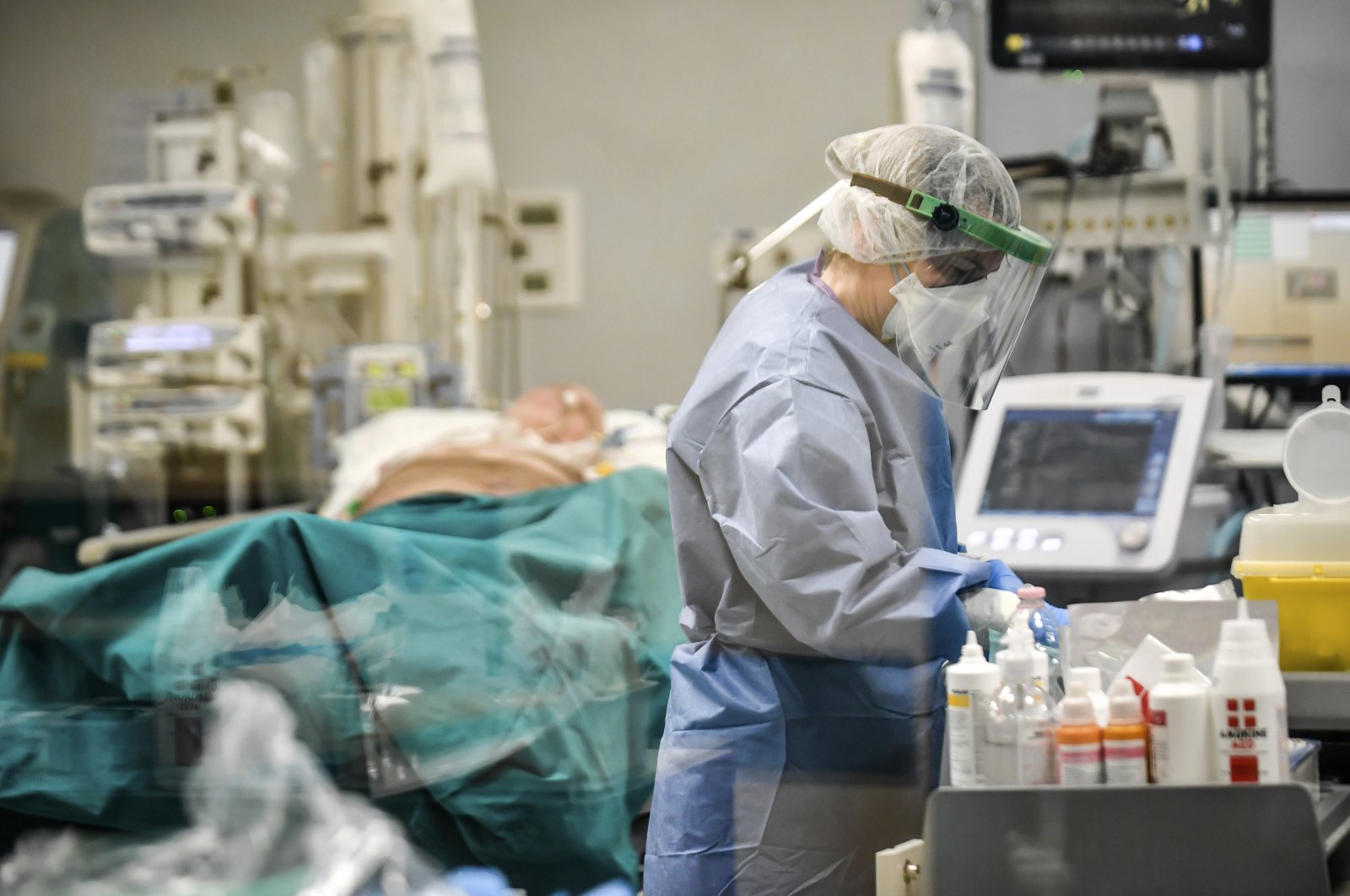 In this photograph taken from behind a window, doctors work on Covid-19 patients in the intensive care unit of San Matteo Hospital, in Pavia, northern Italy, Thursday, March 26, 2020.(LaPresse via AP)
by Compiled from Wire Services Mar 27, 2020 6:32 pm
RECOMMENDED

Coronavirus infections in Italy have yet to reach their peak, the head of the country's national health institute said on Friday, as officials warned that lockdown restrictions would have to be extended beyond April 3.

"We haven't reached the peak and we haven't passed it," the chief of the Superior Health Institute, Silvio Brusaferro, told reporters.

"When the descent begins, how steep it is will depend on our behavior," Brusaferro said, referring to how strictly Italians will continue to respect a government-imposed lockdown.

Doctors and nurses in Italy's overwhelmed northern hospitals have welcomed a slight stabilizing in the number of coronavirus infections but fear the virus is still silently spreading in the south two weeks into the West's most extreme nationwide shutdown.

As the dead bodies in Italy keep piling up, virologists warn that the actual number of Italy’s positive cases is up to five times as high as the official count of 86,498. That means infections will still climb even with Italians ordered to stay home for all but essential activity.

Italy, the epicenter of Europe's pandemic, has by far the most virus deaths of any nation in the world, a grim tally of 9,134. On Friday, Italy surpassed China in its infection count and have the most cases of any nation behind the U.S.

‘’It is something devastating,’’ said the Rev. Mario Carminati, who has turned over a church in the tiny Lombard town of Seriate to host coffins before they are taken by military convoy to be cremated. This week, dozens were lined up in two neat rows down the central aisle and were immediately replaced by new ones when they were taken away.

“At least the relatives and family know that someone is taking care of them, with a prayer and a benediction before they are taken away,’’ he said.

Despite the toll, officials have also expressed cautious optimism that the exponential spread of the virus is starting to slow in the hard-hit north, thanks to two weeks of military-enforced stay-at-home orders. For several days this week, new infections and deaths showed signs of slowing down, and emergency rooms weren’t seeing the tsunami of sick that characterized the first weeks of the pandemic following Italy's first positive test Feb. 20.

However, Franco Locatelli, who heads the council which advises the government on health matters, told reporters this deadline would need extending.

"If I had to decide using today's data, I believe it is inevitable these measures will be prolonged," he said.

Schools and universities were amongst the first places to be shut down, closing their doors nationwide on March 5. Education Minister Lucia Azzolina said on Friday that the current date for the order to be lifted, April 3, would have to be extended.

"Our aim is to ensure that students return to school only when we are completely sure that it is safe. Health is the priority," she told state broadcaster RAI.

Nationwide, at least 33 doctors have died and 6,414 medical personnel have tested positive.

Italy’s high death toll and aggressive spread of the virus has led Italian epidemiologists to estimate that the true number of infected could be as high as 450,000, and that under-testing is putting Italians at risk of further contagion. Currently, Italy only tests people showing symptoms, because its labs cannot process anymore, and to date, more than 360,000 tests have been performed.

The northern region of Lombardy, centered on the Italian financial capital Milan, has been the hardest hit, accounting for 43% of all known cases and 60% of all deaths.

The region saw a jump in new cases on Thursday that confounded previous signs of a downturn there, but the local governor, Attilio Fontana, said the increase was the result of greater testing and predicted more encouraging data for Friday.

"Today there is a reduction in the number of infections, which is good news," he said, adding that to spot definite trends you needed to view the data over a five-day period.

"The infection rate is not growing and I think it is about to fall," he said in his daily briefing.

Underscoring the virulence of the contagion, the national federation of doctors, surgeons and orthodontists said on Friday that 46 colleagues had so far died, six more than a day ago – many of them were general practitioners in northern towns and cities.

In an open letter published on Friday, more than 300 doctors and scientists called on the government to let them use their own laboratories to ramp up testing and identify mild and asymptomatic cases that are currently going undetected.

At present, only a few, specialist labs are checking swabs, severely restricting the number of patients who can be tested, meaning the true extent of the illness is not being tracked.